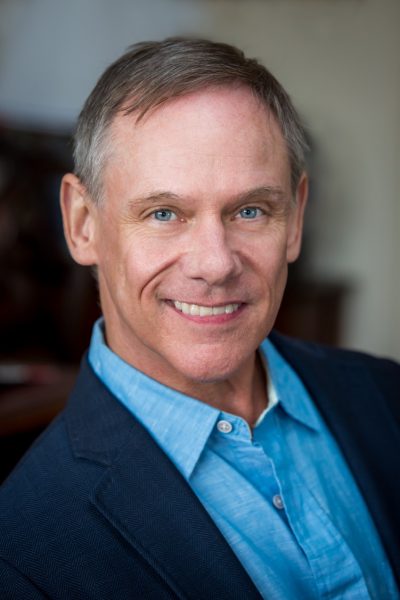 Fans of both dance and ice skating – especially those who value figure skating as art, not just sport – should take note of the special program being prepared by Nathan Birch and Tim Murphy, founding directors of The Next Ice Age that kicks off its 30th season this Sunday afternoon at the Mt. Pleasant Ice Arena in Baltimore. And what a party they have planned both for their fans and for their skating students from up and down the East Coast.

First up is a sneak preview of the new documentary on the life and legacy of John Curry, the 1976 Olympic Gold Medal winner who turned the sport of ice-skating into an exalted art form. “The Ice King” features unseen footage of his remarkable performances plus interviews with his company members, Dorothy Hamill, Birch and Murphy, among them. The film will be followed by a special live performance of Curry’s masterpiece, “On The Beautiful Blue Danube,” described by one critic, “If dancing is the way angels walk, then skating is the way angels dance.”

In 1984, this writer had the privilege of reviewing The John Curry Skating Company (with Dorothy Hamill, Birch and Murphy) on the stage of the Kennedy Center – yes, ice magically formed on top of the floor to allow smooth and beautiful skating. A few years later, I also caught a more intimate performance of “On The Beautiful Blue Danube” for Next Age Company members, Shaun McGill, Murphy, Birch and Curry, himself, at the Northwest Ice Rink.

Curry’s breezy, ensemble piece set to the familiar waltz reminds one of George Balanchine’s abstract dances for his fleet-footed New York City Ballet. With broad and billowy arm movements, the skaters glided through intricate patterns in and out of the wings (on the ice it’s more difficult to determine stage directions).

In his 1978 biography, Curry clearly writes that if he were to do it over, his choice would have been ballet. And then added how dancers do turns better than skaters. After a brief stint in Broadway shows, he died from heart complications from the AIDS plague in 1994 at the age of 44. Imagine the brilliant ice dances he would have created…

Lucky for us, Tim Murphy and Nathan Birch, two of Curry’s protégés (and stars in their own right) picked up his artistic medium and began to see the world’s stages sheeted with ice. Since the founding of The Next Ice Age in 1988, Birch and Murphy have earned numerous awards and have traveled worldwide to share their talent.

Murphy choreographed the 1994-95 season for the Ice Capades. Birch had the honor of being the first skating choreographer to receive a fellowship from the National Endowment for the Arts. He and Murphy have worked with skaters JoJo Starbuck, Nancy Kerrigan and Dorothy Hamill, among other skating stars, yet the two friends still smile when you mention their performances with the John Curry Skaters at New York’s Metropolitan Opera House and the Kennedy Center in Washington, D.C.

Audiences accustomed to the pyrotechnic jumps and spins of competitive skating or the sequins and glitz of entertainment like Ice Capades may be disappointed to find that none of the above appears on the Next Ice Age’s program.

“Skating is not ballet on ice,” Birch explains. “It only borrows positions from it. We have a real yearning to teach skating the way John Curry brought the two disciplines together. There’s no doubt in Birch’s mind that Curry, who won a gold medal in the men’s figure skating event at the 1976 winter Olympics, has blended dance and skating into a new form of entertainment. And like his mentor, Birch has applied his choreographic gift to skating without losing its aesthetic essence.

While we won’t have the pleasure of seeing neither Birch nor Murphy in the line-up, The Next Ice Age features one female skater along with the traditional male ensemble. Tess Terpos joins Ian Lorello, Wesley Campbell and Neill Shelton in “On The Beautiful Blue Danube.” It promises to delight both young and old.

A sneak preview of ‘The Ice King,’ a documentary about the life of Olympic skater John Curry, followed by a live performance of his masterpiece ‘On The Beautiful Blue Danube,’ takes place this Sunday, Oct. 14, from 4-7 p.m. at the Mt. Pleasant Ice Arena, 6702 Hillen Road, Baltimore, MD 21239. For ticket information, visit online.