Synopsis: Three families are about to be joined together as the wealthy and well-known, African-American LeVay family gathers at their vacation home in Martha’s Vineyard to celebrate the engagements of both of the family’s sons, Kent and Flip. Kent’s fiance, Taylor, is an academic who’s absent father, a prominent public intellectual, makes her less than charmed by the LeVay’s posh lifestyle. Flip’s girlfriend Kimber, a wasp (in her own words) who works with inner-city school children, seems to fit in well with the upper class family. The family and their guests are forced to grapple with race and privilege with all the affection, sardonic wit and tumultuous furor that comes with being a family of color in modern America. 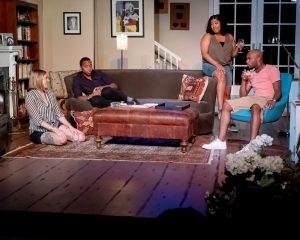 “The Constellation Theater Company captivates with their arresting, bittersweet production of Aida guaranteed to give you all the feels.” – Jeanie Casison.

Synopsis: Brilliantly brought to life by the renowned songwriting team of The Lion King, this legendary musical chronicles a star-crossed love triangle between Aida, a Nubian princess kidnapped from her country; Radames, the Egyptian captain who enslaved her people; and his fiancée Princess Amneris. As attractions intensify, Aida must choose between her heart’s desire and her responsibility to lead her nation to freedom. 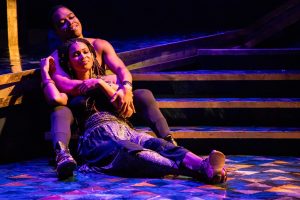 Synopsis: “There was a cabaret, and there was a Master of Ceremonies, and there was a city called Berlin, in a country called Germany…and it was the end of the world.” This legendary Tony and Oscar winning musical, both sensuous and exhilarating, has roused audiences for the past 50 years with its unforgettable score and explosive depiction of a nation on the brink of self-destruction. 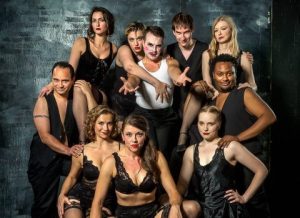 4. ‘Dracula’ at The Little Theatre of Alexandria.

“This production of ‘Dracula’ directed by Jennifer Lyman is perfect for the Halloween season.” – Elle Marie Sullivan.

Synopsis: Just in time for Halloween, Bram Stoker’s classic tale of gothic horror comes to life – and death – on stage. Join the colorfully macabre cast of characters as they take you on a breathless and bloody thrill ride from the depths of Transylvania to the heart of Victorian London.  Rich with both humor and horror, this play paints a wickedly theatrical picture of the world’s most famous vampire. 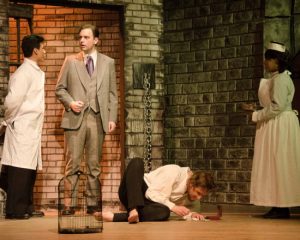 Synopsis: Not performed in Baltimore since 2008, Bernstein’s MASS brings together hundreds of performers from across the Baltimore community in a musically eclectic exploration of truth, faith, and what we can believe in. 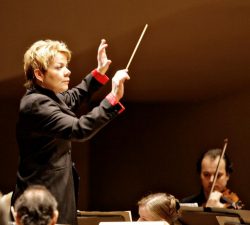