1. ‘La Cage Aux Folles’ by Stand Up For… Theatre at Chesapeake Arts Center.

Synopsis: How Do You Like Me Now Production’s Stand Up For… theatre returns to the Chesapeake Art center with La Cage aux Folles a musical by Harvey Fierstein with music and lyrics by Jerry Herman. Based on the 1973 French play of the same name by Jean Poiret, La Cage focuses on a gay couple: Georges, the manager of a Saint-Tropez nightclub featuring dragentertainment, and Albin, his romantic partner and star attraction “ZaZa”, and the farcical adventures that ensue when Georges’s son, Jean-Michel, brings home his fiancée’s ultra-conservative parents to meet them. La cage aux folles literally means “the cage of mad women”. However, folles is also a slang term for effeminate homosexuals (queens). 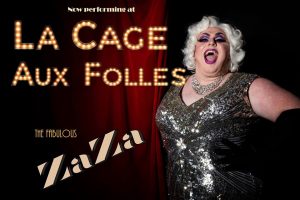 Ryan DeVoe as Albin/Zaza in “La Cage Aux Folles” by Stand Up For… Theatre. Photo provided by Erase Hate Through Art.

“The Heritage Players production is thus recommended, not just as a fine and entertaining show with good music but for reflection on the role of the circus and public entertainment in American culture.” – Dr. Mark Dreisonstok.

Synopsis: Barnum tells the moving story of showman P.T. Barnum’s rise to fame and his subsequent failures leading to a second career in the circus business. Funny, touching and filled with the frenetic energy of a Circus come to town. 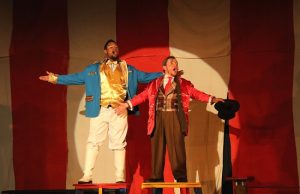 “The performers in this play were stunning and the action never ceased from start to finish.” – JV Torres.

Synopsis: Having grown up side-by-side in small-town working-class America, best friends Tracey and Cynthia went from fun-loving schoolchildren to saloon-loving adults who work together on a steel manufacturing line. In a tight-knit community like this one, however, it takes but one fracture in its core for the breaking point of friendship to be seismically tested. Inspired by field research and first-person testimonials collected in Reading, PA, Lynn Nottage’s unflinching, intensely researched, and Pulitzer-winning slice-of-life drama, Sweat, captures the pressure cooker of NAFTA-inflicted trying times—where a lethal combination of layoffs, lockouts, and picket lines sends the Rust Belt way of life into crisis. 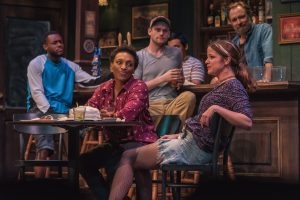 4. ‘Illyria Or What You Will’ at WSC Avant Bard.

Synopsis: “Illyria” reimagines Shakespeare’s crossed-signal love story in a downtown Manhattan ’80s dive bar, whose habitués are club kids of assorted genders and orientations who have come to the one place where they can be who they are. 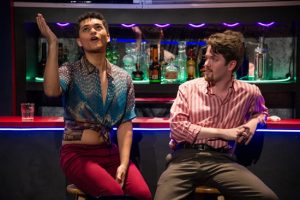 Montana Monardes (Sebastian), Adam Lemos (Antonio) in Illyria, or What You Will from WSC Avant Bard. Photo by C. Stanley Photography.

5. ‘How I Learned to Drive’ at Round House Theatre.

“Round House Theatre continues a strong season with this intricate and very human show…” – Kristin Franco.

Synopsis: Paula Vogel’s chronicle of one woman’s journey to break the cycle—and silence—of sexual abuse is a heartbreaking, sardonic, and uncomfortably funny exploration of the complicated relationships between victims, offenders, and enablers. Li’l Bit’s “education” at the hands of her Uncle Peck began when she was just 11 years old. As an adult survivor, she takes the stage to unravel the tangled roadmap of emotions and memories that paved the way for her to reclaim her narrative. 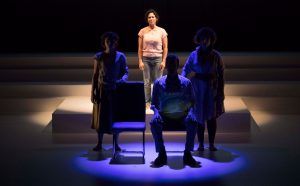