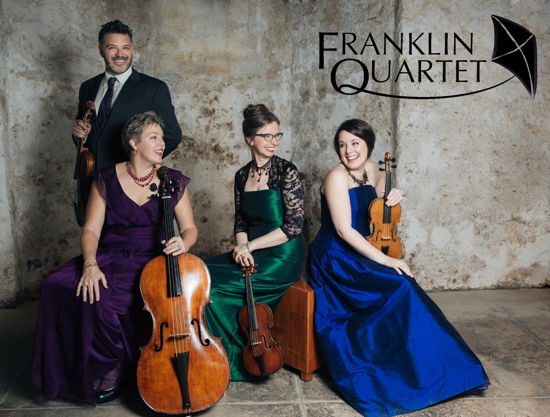 Washington Bach Consort is committed to celebrating the work of Johann Sebastian Bach and his Baroque contemporaries. Over the years they have performed many concerts around the world of his work, often on period-appropriate instruments.

This concert was a wonderful way to experience Bach’s music from a different perspective.

Bach influenced innumerable musicians and composers over the last few centuries. One of his most famous was Wolfgang Amadeus Mozart. Bach was the epitome of Baroque music: big, grand, delicate flourishes. Mozart lived during the classical era, balanced and refined. Mozart often took famous Bach works and added his own, classical flare to them. In this concert, The Franklin Quartet performed some of Bach’s music through the lens of Mozart.

The Franklin Quartet, consisting of Rebecca Harris, Marika Holmqvist, Daniel Elyar, and Rebecca Humphrey, performs as a beautiful machine, working together as an ensemble to create music. Not a single moment did one musician outshine any of the others and rather than watching four people play it was an experience of watching four individuals create harmony together. They give and take between each instrument was invaluable. Bach and Mozart had an ear for subtlety and the Franklin Quartet honored them well. The Franklin Quartet has mastered their period-instruments

The program included several string trios and quartets, including one by Wilhelm Friedmann Bach, J.S.’s son, each eloquently played and emotionally expressed. This curation of pieces was touching and went together well.

The pianist, Kenneth Slowick, had a playful and nimble way of performing on the pianoforte. He mastered the complexities of the Piano Quartet in G minor with intricate precision. His skill matched well with the members of the Franklin Quartet who played the quartet as well. This delightful piece is truly remarkable and a rousing way to the end the evening.

Washington Bach Consort is working to keep exploring the remarkable work of the Baroque period. This concert was a wonderful way to experience Bach’s music from a different perspective.