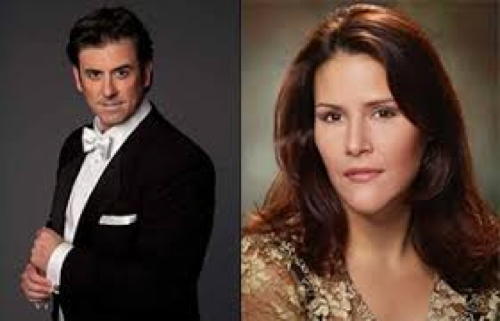 Leonard Bernstein was one of the most influential conductors and composers of the 20th century. His lasting legacy has been celebrated all over the world this year to celebrate his centenary. The National Philharmonic, under the direction of Stan Engebretson, chose to celebrate with some of his greatest choral compositions.

They did Bernstein’s work justice with their spectacular performance.

The evening started with selections from Bernstein’s ‘Mass,’ which was commissioned by Jacqueline Kennedy in 1971. The piece is inspired by the Tentacdetine mass, but includes English and was intended to be a theatrical performance. The music ebbs and flows beautifully from traditional Latin mass melodies to jazz. It swells with joy. The Strathmore Children’s Chorus joined the National Philharmonic Chorale and soloists Danielle Talamantes and Brian Cheney.

The music of “West Side Story” shaped American musical theatre composers for generations The National Philharmonic performed such iconic numbers as “Tonight,” “I Feel Pretty,” and “America,” among many others.

The evening ended with two beautiful pieces from “Candide:” “The Best of All Possible Worlds” and the hopeful victorious anthem “Make Our Garden Grow.”

Talamantes’ beautiful soprano soared throughout the Music Center, especially shining during “Tonight” and “Make Our Garden Grow.” She nimble vocal dexterity was also demonstrated in “Devotions Before Mass” from ‘Mass.’

Cheney is a sultry tenor who excelled with the operatic and jazz stylings of ‘Mass’ and the traditional musical theatre sound of ‘West Side Story’ and ‘Candide.’ His ability to switch genre so effortlessly was astonishing and his performance of “Maria” was riveting.

As always, Engebretson’s direction of the National Philharmonic was melodious and invigorating They played each piece with exceptional nuance and delicate care. The National Philharmonic Chorale also excelled in the diverse and complicated pieces. The music had a tendency towards wordiness and the Chorale’s diction and clarity was impeccable.

The Strathmore Children’s Chorus added a very special element to the ‘Mass’ pieces. Their sweet young voices and ability to compete with the adult voices and orchestra was impressive. These young vocalists performed with strength and grace

Bernstein Choral Celebration was a charming and sweet way to honor the life of Leonard Bernstein. The music that they performed highlighted some of his greatest compositions. They did Bernstein’s work justice with their spectacular performance.