“…such a family-friendly show filled with suspense and excitement, and, yes, a little bit of fairy dust, bringing everyone back to their childhood if just for an afternoon.” – Laura Tayman.

Synopsis: Peter and his mischievous fairy sidekick, Tinkerbell, visit the nursery of the Darling children late one night and, with a sprinkle of pixie dust, begin a magical journey across the stars that none of them will ever forget. In the adventure of a lifetime, the travelers come face to face with a ticking crocodile, a fierce Indian tribe, a band of bungling pirates and, of course, the villainous Captain Hook. 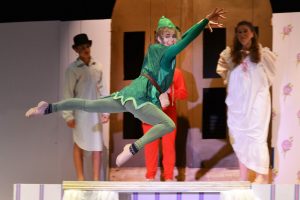 Hope Gilbert flies across the stage as Peter Pan. Photo courtesy of the Children’s Theatre of Annapolis.

Synopsis: New Yorker Tommy Albright unexpectedly arrives at the mysterious Scottish Highland village of Brigadoon, which only appears for one day every 100 years. When Tommy meets and falls in love with Fiona, a beautiful villager in this magical hamlet, he must decide whether to return to his old life, or stay in Brigadoon — forever. 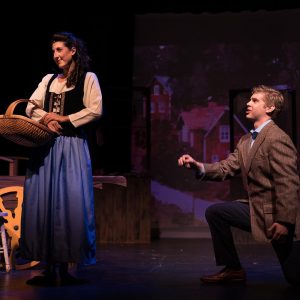 3. ‘The Crucible’ at Silver Spring Stage.

Synopsis: In the Puritan world of Massachusetts in 1692, Abigail Williams and her cohort of girlfriends cover a multitude of their own sins by playing with, then being accused of, witchcraft. The action is largely driven by Abigail’s previous affair with the married John Proctor, and John and his wife’s subsequent efforts to retain their good reputation. Like a disease, the accusations of witchcraft and the web of lies spread to include other members of the community and bring down dozens of the best-regarded citizens of Salem as the town is rendered dysfunctional through mass arrests, property grabs, religious-political power-plays, hangings, and fear. 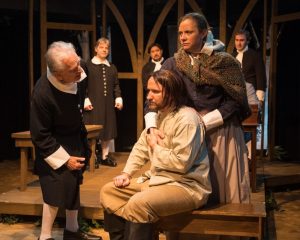 The cast of “The Crucible” at Silver Spring Stage. Photo by Harvey Levine.

“… a fine first start for these emerging performers.” – Brian Bochicchio.

Synopsis: Second star to the right and straight on till morning!  With that simple phrase we return to the imaginative world of J.M. Barrie’s Neverland.  When Wendy meets Peter, the little boy who refuses to grow up, the adventure for the Darling children begins.  With a few magical thoughts they learn to fly and Peter leads them on an adventure of a lifetime. 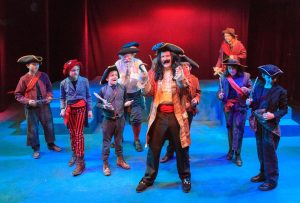 5. ‘King of the Yees’ at Baltimore Center Stage.

“This is a fun, entertaining play with a wonderful stage, backdrop, and some truly talented actors.” – JV Torres.

Synopsis: Playwright Lauren Yee has always felt like an outsider, especially compared to her father, Larry, the unofficial center of their Chinese American community. When Larry suddenly goes missing, Lauren has to chase through time, space, and the fourth wall itself to find her father, save his story, and chronicle a vanishing piece of American culture. Explore the vivid legacy of one changing Chinatown through the vibrant imagination of a new generation in award-winning playwright Lauren Yee’s smart and cheeky family comedy. 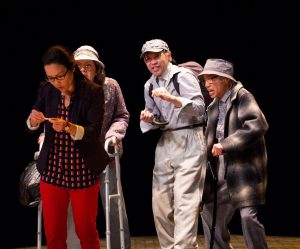