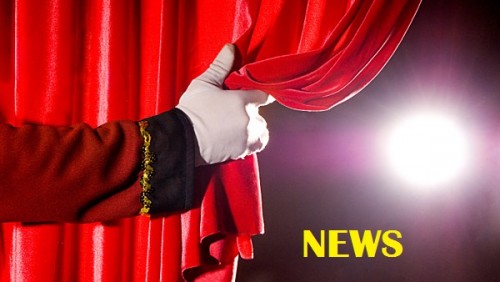 It was a tony crowd that gathered at the Cured, a cool restaurant that celebrates the history of Merriweather Post Pavilion with posters throughout the bar and dining area. These folks – a few artists but mostly influential politicos and business executives – were there to hear representatives from local organizations preview the upcoming summer schedule of arts and cultural events in downtown Columbia. There was a good vibe during the restaurant’s popular happy hour, and positive words were heard regarding the crescent of land that surrounds the original amphitheater that opened in 1967 with the National Symphony and the New York City Ballet.

“Downtown Columbia continues to bolster its reputation as a top arts destination for all with an incredible schedule of events this summer,” said Howard County Executive Ball, who lives in Columbia and seems to be a guy you can count on for support of the arts. “We have ensured Howard County will be an inclusive cultural center for our region by revitalizing Merriweather Post Pavilion, building the Chrysalis, and hosting amazing festivals.”

Ian Kennedy, who grew up in Columbia where he organized a grassroots campaign to “Save Merriweater Post Pavilion,” now serves as the Executive Director at Downtown Columbia Arts and Culture. He beamed when he announced that Darin Atwater and Soulful Symphony would be in residency at Merriweather with three performances already scheduled. “We’re returning to the roots of early Columbia when Merriweather was home to a major symphony.” Let’s hope that same enthusiasm will produce a resident dance company, too.

The Howard Hughes Corporation (HHC) serves as a partner, collaborator and funder for several 2019 summer projects and initiatives, including Books in Bloom, the Columbia Festival of the Arts’ one-man circus, and Soulful Symphony’s residency at Merriweather Post Pavilion. In collaboration with the Howard County Arts Council, HHC will also host the second annual Merriweather District Artist-in-Residence (MDAIR) program in downtown Columbia now through the summer.

Don’t miss the third annual “Books in Bloom” a free book festival with critically acclaimed and best-selling authors in attendance at Merriweather Post Pavilion Sunday, June 2. Here’s a nice way to spend a day with readings, panel discussions and other activities for all ages.

The Columbia Festival of the Arts free LakeFest weekend takes place June 14-16 with more than 545 visual artists, 16 different bands, 8 shows by a dance company in a truck, and festive food and drink,” according to David Phillips, who spoke at the gathering. Following the opening weekend, there will be four days of a one-man circus in the Merriweather District, jazz artists Rene Marie and Experiment in Truth at HCC’s Horowitz Performing Arts Center.

“We are excited to provide another summer of amazing events in Merriweather Park at Symphony Woods,” said Nina Basu, President & CEO of the Inner Arbor Trust. “Our events include the incredibly popular free Chrysalis Kids Series, co-presented with Howard County Department of Parks and Recreation and the Columbia Association, she added.

“We are also thrilled to expand the Community Concert Series of free concerts, including the Columbia Orchestra Summer Pops Concert and a concert by the Maryland Arts Council Heritage Award winning Cultura Plenera celebrating Puerto Rican music traditions.” The Trust is hosting the Chrysalis Cabaret series, in partnership with Columbia Orchestra and Columbia Jazz Band and a wild newcomer, a three-day FantasyWood festival along with ManneqART over Memorial Day Weekend.

And, last but not least, check out the sing-along films at Merriweather this summer, including “The Sound of Music” and “Woodstock.” Now here’s something to look forward to. You can find all the above information and more online.