Dance News: Miami Ballet and Dance Theatre of Harlem share their talent at The Kennedy Center, thanks to the women at the helm 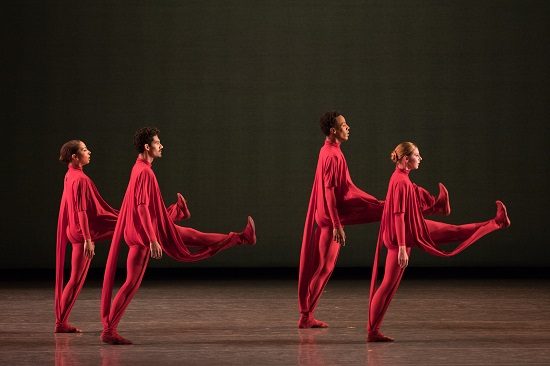 Sometime in the early 21st century, the dance planners at the Kennedy Center came up with a terrific idea: Invite nine regional ballet companies to perform one special work in three separate concerts, held towards the end of the season in the Opera House, accompanied by a full orchestra. As a result, we got to see troupes from as far away as the West Coast plus discover talented dancers from our region – some we might have missed had it not been for these concerts.

Since its debut in 2008, “Ballet Across America” (BAA) continues to showcase topnotch dance from regional companies across the nation. True, there have been changes over the years with a reduction in the number of companies and works, but it still remains one of the best venues for catching up with what may be au courrant in dance.

This time around, fans were treated to seven shows (ending this afternoon) and a one-night-only shared program with The Miami City Ballet and Ballet Theatre of Harlem, each company directed by an amazing woman. Tis a celebration of women artists in the world of dance, including Tania Leon who conduced music by Jessie Montgomery in “Passage,” performed by BTH.

Last night, dancers from both companies came together on stage for the world premiere of “Gustave Le Gray No 1,” commissioned by Pam Tanowitz, yet another woman making her mark in contemporary dance.

It was (and continues to be) a big deal to see a ballet take shape on the stage. Kudos to Dance Theatre of Harlem’s Artistic Director Virginia Johnson and Miami City Ballet’s Artistic Director Lourdes Lopez for sharing their dancers in a work best described as flirty, fascinating to watch, and fabulously costumed.

Four dancers – Miami City Ballet’s Renan Cerdeiro and Lauren Fadeley, and Dance Theatre of Harlem’s Anthony Santo and Stephanie Rae Williams – gather stage right as the lighting draws our attention to their billowy red costumes that flow with each move. The costumes were designed by Reid Bartelme and Harriet Jung; lighting by Davison Scandrett. Caroline Shaw is credited for the haunting score; the total effect, mesmerizing.

There were a number of surprises in this work, including pianist Sylvia Jiang who joined the dancers – literally – as the ensemble (including the piano) moved back and forth across the stage. And she never missed a note.

It’s definitely worth another look or two, but that doesn’t appear to be soon. We’ll just have to follow the New York City-based Pam Tanowitz Dance to see future post-modern treatments of the classical dance vocabulary.

It seemed as if the night belonged to Dance Theatre of Harlem, especially in the closing piece, Geoffrey Holder’s ceremonial “Dougla,” previously reviewed. It’s always a privilege to see DTH on stage, and last evening was no exception.