“…this charming piece of theatre is not one to miss, and considering its relative obscurity, it’s unlikely we Marylanders will have another easy opportunity to see it again anytime soon.” – Johanna Alonso.

Synopsis: From the Tony Award-winning authors of Falsettos, William Finn and James Lapine, with vocal arrangements by Tony Award-winning Jason Robert Brown, A New Brain is an energetic, sardonic, and often comical musical about unforeseen life events reminding us of who we are, what we’re made of, and who we hope to be. Gordon, a composer for a children’s TV show that features a human frog named Mr. Bungee, dreams of quitting his ‘talent killing’ job and writing Broadway’s next hit musical. At lunch, Gordon collapses into his meal and wakes up in the hospital, surrounded by his maritime-enthusiast boyfriend, his overbearing mother, a co-worker, and a team of medical professionals. Thought to have a tumor inside his brain, Gordon finds the courage to confront not only his mortality as he agrees to the necessary yet life-threatening surgery but also the specter of Mr. Bungee and the music still left unwritten. 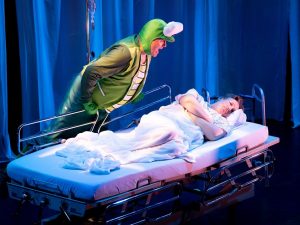 “…a reminder of what an imaginative powerhouse Synetic is.”  – Norah Dick.

Synopsis: Highlighting the terrifying extremes made possible through the abuse of modern technology, the 14th installment in Paata Tsikurishvili’s Shakespeare Series explores King Richard III’s Machiavellian rise to power in a movement-driven and action-packed display of stunning physicality and powerful visuals. 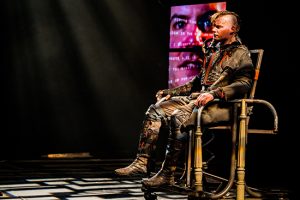 3.‘Singin’ in the Rain’ at NextStop Theatre.

“All in all, you will leave smiling, and maybe even dancing your way to your car…even if it’s raining.” – Michael Garvey.

Synopsis: ‘Singin’ in the Rain’ has all the magic and glamour of the greatest movie musical ever made. So, when the projector at a super-fan screening of the film goes up in smoke, the hosts save the day… after all, in theatre, the show must ALWAYS go on. 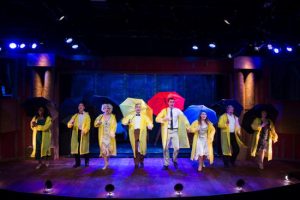 The cast of “Singin’ in the Rain” at NextStop Theatre Company. Photo by Lock and Company.

“This is a dangerous play of dangerous questions…” – Mary Ann Johnson.

Synopsis: In 1920, Russian Jewish writer Isaac Babel starts a diary while wandering the countryside with the Red Cavalry. In 2010, after the crash of an aircraft carrying the Polish president, his diary is discovered among the wreckage. What did Babel write, and why does it matter so much to a low-level KGB agent who may or may not be Vladimir Putin? Describe the Night uncovers the mystery by tracing the stories of seven lost souls connected across decades by history, fiction, lies, and blood. 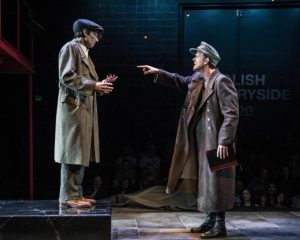 “The actors in this ensemble are talented and I give a lot of credit to those truly able to ‘get into their characters.” – JV Torres.

Synopsis: Back for its SEVENTH installment, Fells Point Corner Theatre is delighted to bring you a fantastic lineup of hilarious and compelling 10-minute plays by local playwrights in our annual 10x10x10 Play Festival! In just two short hours, audiences will see 10 brand-new, fully-produced  works presented by an ensemble of 10 of the area’s finest actors. At the end of each performance, audiences vote on their favorites as the playwrights compete for cash prizes! 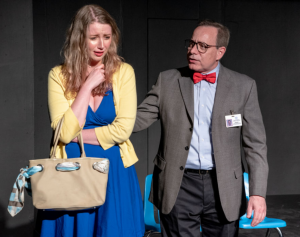