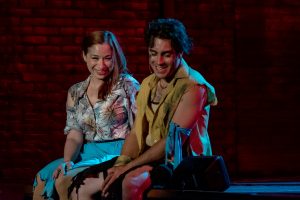 “‘Charley’s Aunt’ may be over a century old. but on the Laurel Mill Playhouse’s stage, it does not show its age.  Don’t miss this rollicking production.“ – Susan Brall.

Synopsis: Charley’s Aunt centres on Lord Fancourt Babberley, an undergraduate whose friends Jack and Charley persuade him to impersonate the latter’s aunt. The complications of the plot include the arrival of the real aunt and the attempts of an elderly fortune hunter to woo the bogus aunt. The play concludes with three pairs of young lovers united, along with an older pair – Charley’s real aunt and Jack’s widowed father. 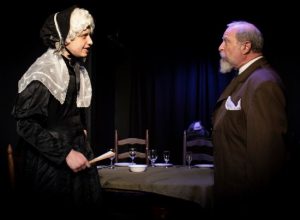 Michael Safko and Lenny Dinerman as Babbs and Spettigue in ‘Charley’s Aunt’
Photo by Julie Rogers.

Synopsis: The BRITISH PLAYERS production of Music Hall transports you back in time to an era when theatre ruled as the entertainment choice of the working and middle classes in Britain. Our show features a selection of the most popular songs that defined the era, together with soloists and comedy acts that bring back to life the humour that inspired a nation and kept morale alive through two world wars. Every music hall cast comprises featured soloists, the Edwardians (chorus), and the Bow Bells (dancers), all kept in line by Mr Chairman. 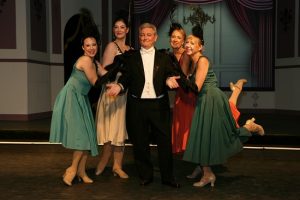 4.‘Hello, Dolly!’ at The Kennedy Center.

“It is as glorious as a Broadway musical can be.” – Lynne Menefee. 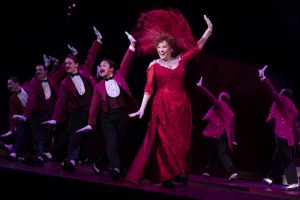 “This is a beautiful, tempered production that ultimately offers hope and a belief in the magic of the universe we inhabit. It’s a journey well worth taking.” – Mary Ann Johnson.

Synopsis: An American mother and a Tibetan father must make a life-altering choice that will test their strength, their marriage and their hearts. Two Tibetan monks seek their three-year-old son. The boy is the reincarnation of a revered Buddhist lama, and the monks propose to take the child away for a life of spiritual training in India. 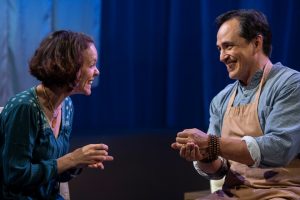 Jenna Sokolowski as Mother and Rafael Untalan as Father in ‘The Oldest Boy,’ Spooky Action Theater. Photo by Teresa Castracane.