“Director Patrick Gorirossi has brilliantly brought the piece to life, expertly assembling a team of professionals both on stage and off.” – Timoth David Copney.

Synopsis: It’s 1950 and new colors are being added to the Red Scare. Two U.S. State Department employees, Bob and Norma, have been tasked with identifying “sexual deviants” within their ranks. There’s just one problem: Both Bob and Norma are gay, and have married each other’s partners as a carefully constructed cover. Inspired by the true story of the earliest stirrings of the mainstream American gay rights movement, madcap classic sitcom-style laughs give way to provocative drama as two All-American couples are forced to stare down the closet door. 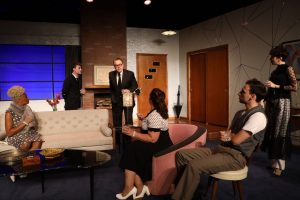 “This production is a surprisingly refreshing treat that is easy to enjoy.” – Brian Bochicchio.

Synopsis: A tribute to the women of 1960’s rock, pop and soul music—from the Shirelles to the Supremes, from Diana Ross to Aretha Franklin, from Tina Turner to Janis Joplin—this musical celebrates the talent, soul and power of the women who characterized a decade and whose legacies are still celebrated around the world. Join us for this incredible tribute musical and reminisce with hit songs like “Where the Boys Are,” “Natural Woman,” “Proud Mary,” “Cry Baby,” “Chain of Fools,” and more! 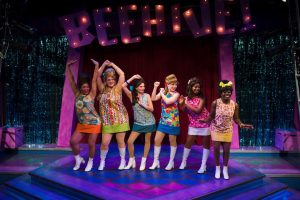 The cast of “Beehive: The 60’s Musical” at NextStop Theatre Company. Photo by Lock and Company.

“This is a show that is rich in detail, voices, and stagecraft and is a lovely lead-in to Signature’s 30th year.” – Mary Ann Johnson.

Synopsis: From John Wilkes Booth to Lee Harvey Oswald, nine would-be and successful presidential assassins inspire each other to pull the trigger and change their worlds in a perverse, wry and thrillingly entertaining vaudeville. 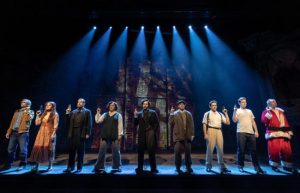 “…a profound and important musical of our time.” – Lynne Menefee. 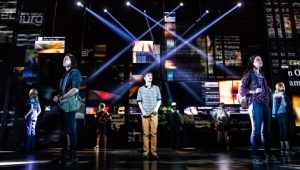 Ben Levi Ross as Evan Hansen and the company of the First North American Tour of ‘Dear Evan Hansen.’ Photo by Matthew Murphy, 2018.

“The countryside is transformed with more than 200 entertainers making merry amongst the 16th century shops, emporiums and eateries of King Henry VIII’s magical kingdom.  A playground of fun, frivolity and wondrous performances thrill more than 300,000 visitors each year.” 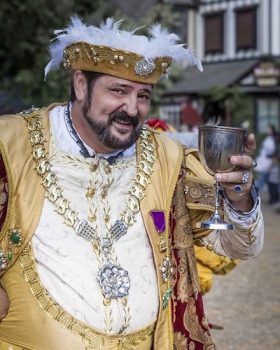