1.‘Disney’s Beauty and the Beast’ by The Arlington Players.

“…recommended as a charming, enjoyable Disney musical fairy tale with enough imagination to put a spin of its own on the proceedings.” – Dr. Mark Dreisonstok.

Synopsis: “Be our guest” and enjoy this Tony-nominated classic musical tale of Belle, a remarkable girl from a provincial town, and the Beast, a young prince under the spell of an enchantress! Can the two learn to love each other in time to break the curse? Your whole family will surely be delighted by this “tale as old as time!” 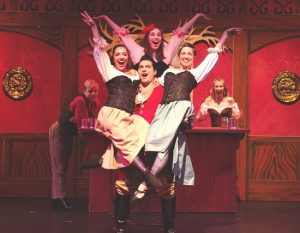 From The Arlington Players’ production of ‘Beauty and the Beast.’ Photo by Rich Farella.

“Arena Players is giving us a great opportunity here, to witness performers who are definitely on the rise. Hurry over, and we’ll see you at The Playhouse.” – Max Garner.

Synopsis: This is a musical about a group of young men and their friends in an urban setting. Think boys singing groups and the chaotic streets. Set in Baltimore, Maryland we watch five enemies – unlikely to otherwise coexist – come together for a cease violence in the community all the while showcasing their new way of singing. 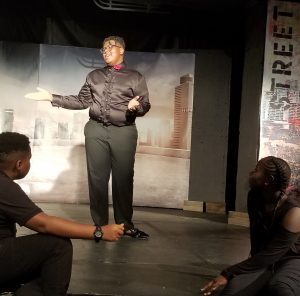 3. ‘The Crucible’ at Port Tobacco Players.

“This is a must-see production. It is unsettling and haunting. You feel these people’s pain and fear and pettiness and struggles. Some will survive and some won’t, but it’s a journey you won’t forget.” – Mary Ann Johnson.

Synopsis: Winner of the 1953 Tony Award for Best Play. This exciting drama about the Puritan purge of witchcraft in old Salem is both a gripping historical play and a timely parable of our contemporary society. The story focuses upon a young farmer, his wife, and a young servant girl who maliciously causes the wife’s arrest for witchcraft. The farmer brings the girl to court to admit the lie and it is here that the monstrous course of bigotry and deceit is terrifyingly depicted. A powerful drama not to be missed. 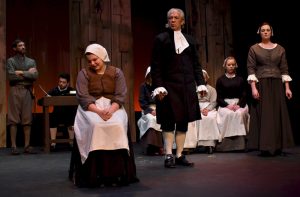 “…to deliver a raw, emotionally brutal drama with speckles of fun, a drizzle of hope and an avalanche of reality.” – JV Torres.

Synopsis: Everyone has baggage in this timely mother-daughter musical about escaping and belonging from the Pulitzer Prize-winning playwright who wrote the book for the Tony Award-winning In the Heights. Join Olivia and her mother on their cross-country road trip. Mothers may teach you where you come from, but they can be the trickiest things. 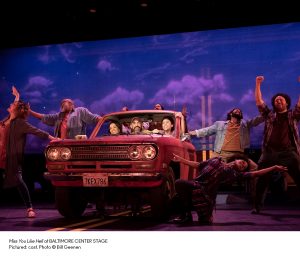 The cast of ‘Miss You Like Hell.’ Photo by Bill Greenen.

“This production should be at the top of any D.C. theatergoer’s list.” – Peter Orvetti.

Synopsis: August Wilson’s Jitney opens Arena Stage’s season-long Festival celebrating the Pulitzer Prize-winning giant with Ruben Santiago-Hudson directing his 2017 Broadway production — recipient of the 2017 Tony Award for Best Revival of a Play. The dramatic story of a Pittsburgh jitney station, a symbol of stability, struggles against an oppressive lack of opportunity and unnerving neighborhood gentrification that threatens the way they live and work. The drivers resist powerful forces while coming to grips with their pasts to fulfill their own hopes and dreams for the future. 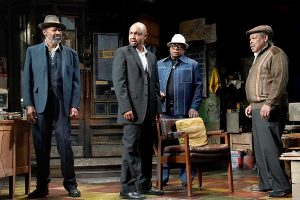