“This is a very funny show with a very talented cast of actors and singers puncturing some very patriarchal balloons. It’s definitely worth the trip to Creative Cauldron to revel in this high-energy send-up of princess culture.” – Mary Ann Johnson.

Synopsis: Poisoned apples. Glass slippers. Who needs ’em?! Not Snow White and her posse of disenchanted princesses in the hilarious hit musical that’s anything but Grimm. Forget the princesses you think you know – the original storybook heroines have come to life to set the record straight. Disenchanted won the Outer Critics Circle Award for “Outstanding Off-Broadway Musical,” has played to sold-out houses around the globe, and now Creative Cauldron presents the regional premiere. 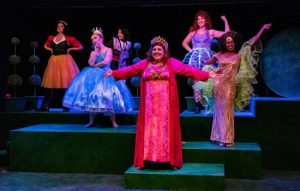 “I highly recommend ‘West By God’ as a heartfelt love poem by its author, Brandon McCoy, to his home state of West Virginia.” – Liz Ruth-Brinegar.

Synopsis: WEST BY GOD is a story about home. In a small town in the Appalachia region of West Virginia, two different families grapple with issues of grief and love, memory and identity, and with the distance and time that both unite and divide generations. A new play by West Virginia native Brandon McCoy, WEST BY GOD is a funny, heartwarming, and gut-wrenchingly honest examination of the divide between urban and rural America, and the kinds of prejudice and intolerance too often left unchallenged in our society. 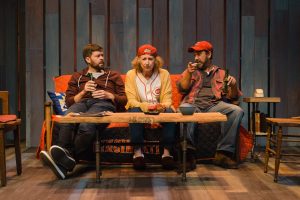 “…the ensemble was one of the show’s greatest assets; the company numbers all sound and looked excellent.” – Johanna Alonso.

Synopsis: The epic struggle between good and evil comes to life on stage in the musical phenomenon, Jekyll & Hyde. Based on the classic story by Robert Louis Stevenson and featuring a thrilling score of pop rock hits from multi-Grammy- and Tony-nominated Frank Wildhorn and double-Oscar- and Grammy-winning Leslie Bricusse, Jekyll & Hyde has mesmerized audiences the world over. 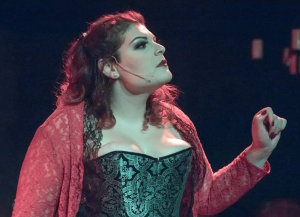 4.‘The Royale’ at Olney Theatre Center.

“‘The Royale’ asks some hard questions about the history of race relations in this country.  It does this in a unique way through fine direction and acting.” – Susan Brall.

Synopsis: In 1905, Jay “The Sport” Jackson dreams of becoming the first African American boxer to fight for the heavyweight championship. Despite racking up a string of vicious knockouts, racial segregation and his white manager’s own reservations stand in the way. Inspired by the true story of Jack Johnson, The Royale breaks new ground by taking us inside the fighter’s mind where the disciplined brutality of boxing reveals itself in theatrically-unforgettable bouts. At stake is more than wins or losses, but equality and survival. 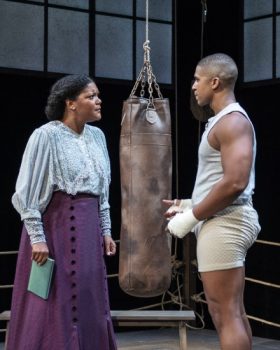 “The other characters, both living and undead, are brought to “life” by a wonderful cast.” – Max Garner.

The mesmerizing and classic tale of horror and romance: Sinister events in a sanatorium reveal the lurking presence of the greatest vampire of all time. 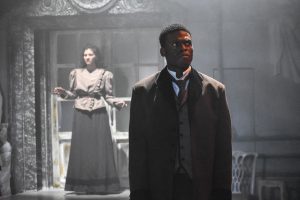