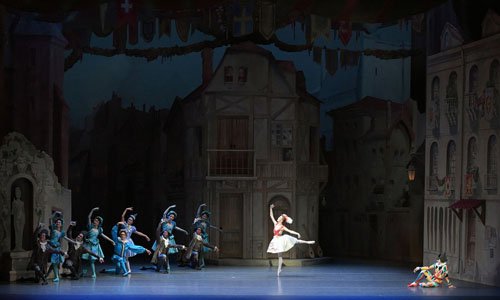 Here are a few tantalizing tidbits about our country’s premiere dance company, American Ballet Theatre, celebrating its 80th anniversary online, and its long history of fabulous galas, both in New York City and Washington, D.C.

Each spring, my three girl friends and this writer would drive to Manhattan for the American Ballet Theatre (ABT) Spring Gala, held in the magnificent Metropolitan Opera House. Think “Sex in the City” with the four of us, dressed in our NYC chic attire donned in the Lincoln Center parking garage, along with our glitter bags holding the coveted tickets for both concert and reception.

In 1980, the newly-staged, full-length “Cinderella” was chosen for the diamond anniversary gala, attended by real royals in the audience. Jacqueline Onassis and her sister, Princess Lee Radziwill sat in a box that overlooked the orchestra where the tony crowd stood in awe. After the post-show champagne toast we left with a Godiva chocolate slipper that lasted the entire trip on the New Jersey Turnpike.

Readers might remember that the Kennedy Center was once “home” to ABT soon after it opened during the “glory years of dance.” Each season brought new works and many celebrities to the annual galas held in the Center’s Opera House. Russian superstars Mikhail Baryshnikov, Rudolf Nureyev, and Natalia Makarova were the ABT darlings and the center of attraction at the D.C. hot spots after the ballet.

With these memories still vivid, ABT’s 80th online celebration early this week brought smiles and appreciation. Jennifer Garner introduced us to the current ABT Company, both senior and junior, representing all 50 states and 45 countries in a virtual program called “American Ballet Theatre: Together Tonight!”

It supports the ABT Crisis Relief Fund and brings America’s National Ballet Company into your home – you can catch the show on YouTube. There’s also an online auction with fabulous items like private zoom activities with ABT dancers, priceless ballet memorabilia, luxury hotel stays, and vacation packages.

The hour-long event features quarantine performances by Tony Bennett, Cynthia Erivo and ABT dancers. Kelly Ripa, Katie Couric, Chita Rivera, and Roberto Bolle gave toasts, yet for me it was Julio Bocca telling tales that brought back those sweet memories.

Another magical moment was the brief glimpse of Howard County’s sweetheart ballerina, Katherine “Katie” Williams who was recently promoted to soloist. Until the pandemic hit, Katie was performing with Celebrity Cruise ships when she wasn’t dancing lead roles in classical ballets.

Katie Williams was born in Honolulu and moved to Maryland with her family where she studied at the Ballet Royale under the direction of Donna Pidel. She was awarded the Youth Grand Prix in New York and made Dance Magazine’s Top 25 to Watch. She attended a summer program with superstar Ethan Stiefel who once performed with Katie on stage at the Jim Rouse Theater in Columbia. 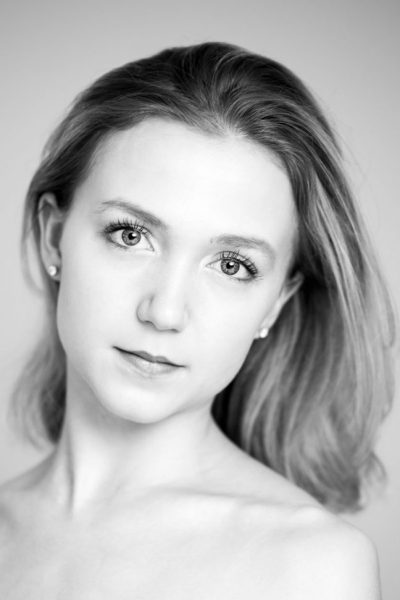 Her repertoire with the company includes the Italian Princess in “Swan Lake” and roles in Paul Taylor’s “Company B,” Twyla Tharp’s “In the Upper Room,” among others. She was recently featured in “Giselle” at the Kennedy Center.

The American Ballet Theatre turns 80 this year, which is a remarkable achievement no matter how you look at it. To establish a ballet company in a country with no native ballet tradition is an amazing feat. To survive eight decades while upholding a reputation for quality is awesome.

For any individual ABT dancer, however, time is short. Youth and talent fuse intensely but briefly in the universe of ballet to produce bright stars to reach heights, long before artists in other fields, and then fade. As Gene Kelly once told this writer, “Dancers only have a few years to show their stuff…but what wonderful years they are.”

So catch these ABT dancers wherever and whenever.