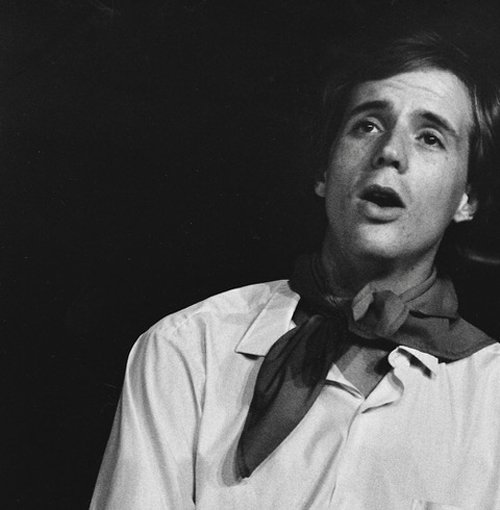 Young Columbian Kevin McDonagh sings in front of the Lincoln Memorial in 1975.

Well, we all know that Edward Norton went on to become a noted film actor, director, and visionary – a family trait. This Sunday, June 14 – the official 45th anniversary of The Young Columbians – the former TYC member will narrate the inaugural broadcast of “Coming Together” to honor his beloved grandfather. What a wonderful turn around for the Rouse and Norton families.

Produced by Carole Graham Lehan and Tom Alonso (with special thanks to the Columbia Archives) The Young Columbians, past and present, unite virtually in this song fest with music and lyrics by Lisa Alonso from a new musical based on the life of Jim Rouse. Naturally Toby Orenstein is the driving force behind this celebration. She has maintained her passion for helping young thespians fulfill their dreams since the fall of 1972 when Jim Rouse invited her to set up her drama school in Columbia’s Talbot Springs neighborhood.

By 1975, she handpicked a bevy of talented student to perform a patriotic musical, “A Musical Salute to America” at Merriweather Post Pavilion. They became the Young Columbians, a professional musical ensemble that has performed at the White House and throughout the country. Today, the current crop of TYCs still sing those familiar tunes but with an urgency even more relevant today, especially with youth.

“I don’t think people realize the importance of the arts, especially for the health and well-being of young people,” Toby told this reporter years ago. How apropos during this Covid crisis and the continued de-funding of the arts, this octogenarian would continue to follow her dreams. She often quotes Jim Rouse who believed, “What ought to be can be.”

Toby Orenstein continues to fight for a new downtown Columbia Center for the Arts, a place for future Young Columbians, and those who share Jim Rouse’s vision for “Coming Together.”

Visit the Facebook pages of The Columbia Center for Theatrical Arts and Toby’s Dinner Theatre for the broadcast of “Coming Together,” with an introduction by Edward Norton, this Sunday, June 14, starting at 8 A.M. For more information, go to TobysDinnerTheatre.com.