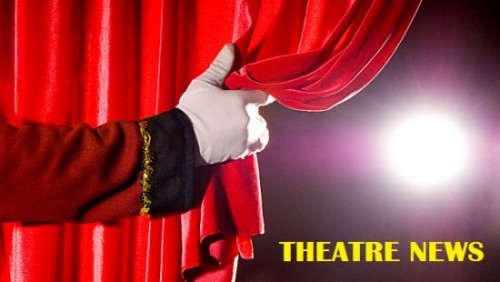 In statements posted publicly on Facebook and Twitter within recent days, D.C.-area theatre artists said Schlafstein had made inappropriate advances during auditions and at rehearsals, took advantage of their intoxication to make advances, harassed them after they rejected him, rejected female artists for advancement within the company due to such rejections, and engaged in cyberstalking, among other allegations.

When the charges surfaced, Schlafstein said on Facebook that he had “absolutely made mistakes in my tenure as Artistic Director, particularly centered around my transition from peer to power as the Company grew.” Schlafstein said he initiated “conversations and interactions that were uncomfortable or were inappropriate due to their settings or our respective positions.” His statement said that he has “asked out women who were working for or connected to Flying V” but did not directly address the other allegations. Following many calls for his immediate resignation, Schlafstein shuttered his social media accounts.

On Saturday evening, several hours after the allegations went viral, Flying V placed Schlafstein on administrative leave. The company’s action came under immediate criticism because in its statement, Flying V said that in an inquiry prior to its 2017 adoption of a formal Code of Conduct and Conflict Resolution, it had investigated Schlafstein for similar allegations and found that he “had inappropriately crossed professional and personal boundaries by expressing romantic interest in female members of the community in a way that could reasonably be understood as an abuse of power” but that “the issues identified did not warrant termination.”

Members of the regional theatre community expressed shock that the company had determined such behavior had taken place, yet had kept Schlafstein employed and in a position of power. Several called for the resignation of the full board, and for the revocation of Flying V’s John Aniello Award for Outstanding Emerging Theatre Company, awarded to the company in 2015. Some stated that Schlafstein’s behavior was well-known for years within theatre circles, and that they regularly advised women not to work with him.

In its Monday statement, Flying V said it intends to “work these next three weeks to listen, gather insight from our community, and do research before establishing a further plan of action,” and will release a plan for the future by July 15. Those wishing to comment have been asked to contact Board President Judy Gilbert Levey or Managing Director Katherine Offutt.