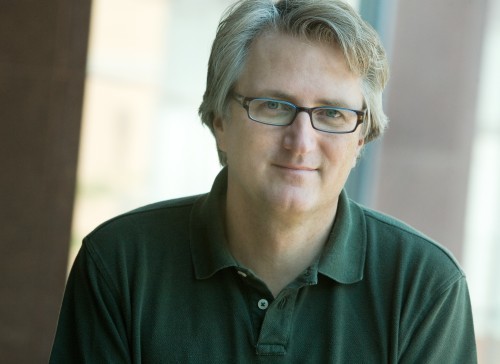 Signature Theatre Artistic Director Eric Schaeffer will leave his position as of next Tuesday in the wake of allegations of sexual assault. Schaeffer co-founded Signature in 1989 and has been the company’s artistic director for its entire history.

Actor Thomas Keegan said Sunday on social media that during the 2018 Helen Hayes Awards event, Schaeffer “sexually assaulted me, grabbing or fondling my genitals through my pants [at least] three times over the course of a bewildering five minute exchange, including at least twice after I made it clear that I wanted him to stop.” Keegan said “at least one other actor I know was assaulted by Eric” in a similar manner, and later said a total of seven men had told him about similar experiences with Schaeffer.

On Tuesday, fellow actor Joe Carlson said on Facebook that at the 2016 theatreWashington Summer Hummer event, Schaeffer grabbed his genitals while a man accompanying Schaeffer restrained him in a headlock.

Signature said Wednesday that these two complaints of inappropriate behavior by Schaeffer, both received on the same day in May 2018, are the only such complaints received during Schaeffer’s tenure. The theatre says it hired a law firm to perform an independent investigation and spoke with Schaeffer, Keegan, and “current and former Signature staff along with attendees at the Helen Hayes Awards where Mr. Keegan alleges that a sexual assault took place.” The investigator also examined Schaeffer’s personnel file and email and text messages.

Keegan says he “never learned the results of this investigation. The closest I came to receive an apology was when two popular Signature actors ambushed me before a matinee at Olney, conveying that Eric ‘felt awful about what he did,’ as they tried to talk me out of coming forward.”

In its Wednesday statement, Signature said the investigation “concluded that Mr. Keegan’s actions and statements were not credible and showed a motivation for money and publicity.” Signature says an investigation of Carlson’s complaint found that his “verbal account was different from story he had emailed to Signature and he was unable to explain why his story had changed so dramatically.” Signature said it will investigate other allegations that have been made on social media if they are submitted as formal complaints.

Following the news of Schaeffer’s resignation, Keegan wrote on Facebook, “Eric Schaeffer’s resignation is more than a decade overdue. … I believe that silence is complicity. The entire hierarchy of Signature Theatre, to include the board and people I once called friends and colleagues, has aided and abetted a sacrilegious abuse of power, criminal activity, and depraved behavior, in a theatre that good, hardworking artists call home. They have betrayed their patrons, their employees, and the artistic community.”

Schaeffer’s own statement did not reference the allegations. He said, “Three decades ago, I was fortunate enough to be able to create Signature Theatre with Donna Migliaccio. As I look back, I am proud of what we accomplished. This little theater grew from Gunston Arts Center to the beloved Garage to our current home in Shirlington — a truly incredible journey, made possible by the most dedicated and passionate staff in any theatre in America.”