‘A Quick 5’ with Playwrights of the 2020 Variations Project 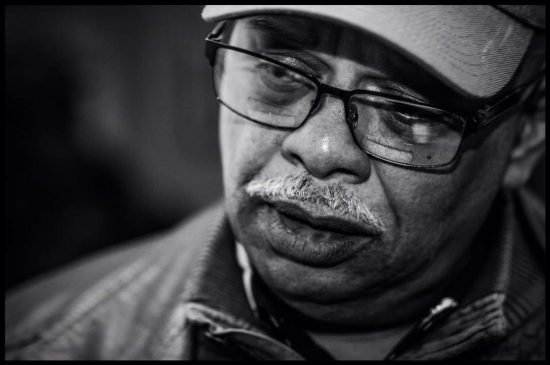 From established stage authors to wannabe first-timers, playwrights from all over the region are drawn each year to create a unique ten-minute play festival called The Variations Project. Founded in 2005 by Run of the Mill Theater and continued for a time by Baltimore’s Arena Players, the Project has been developed and presented since 2014 by Rapid Lemon Productions.

RLP is getting ready to open the 2020 version, “Variations on Vision” (get it?), which will stream throughout August from Motor House. We caught up with a few of the show’s playwrights to talk about their experience.

How long have you been involved with the Variations Project? What
initially attracted you to it?

Archie Williams, Jr:
I got involved with Variations in 2012 as an actor and then as a writer in 2013 on “Variations on Secrets” with my writing partner Tyrone Chapman. Since then, we have managed to have seven plays produced between us. The latest one is a solo effort (“Recipe for The Future”). What kept me interested is the vast amount of writing talent in this town and the themes of each year that keep you writing year after year!! Plus my wife Penny is amused by some of our offerings.

Linda Wellman:
This is the first time that I have been involved in the Variations Project, or for that matter with any theater project. I decided to write a brief play because I was intrigued by Rapid Lemon’s theme of Vision, a theme near and dear to my heart. I recently became blind about two years ago, and I have discovered that it requires a brand new set of skills to accomplish tasks which used to be quite easy. I enjoyed playing with the ideas of a blind woman’s vision of her world, as well as the vision (or lack of it) with which people react to her.

There are lots of ten-minute play festivals nowadays. How is Variations
different?

Pamela Wilterdink:
I’m pretty much a newbie to Rapid Lemon. I moved here just a year and a half ago from living in NYC for almost 30 years so Rapid Lemon was one of the theaters I was checking out in the Baltimore/DC area (I live between the two cities). I submitted a short play to the 2019 “Variations on Myth” and very much enjoyed the process of hearing it read by actors and then discussed by the viewers on hand. So I decided to submit again this year. Many 10-minute play festivals are blind submissions which seems apropos, but I do like the process of hearing the plays aloud and being able to incorporate feedback into re-writes if suggested or needed.

Joshua Scheid:
The fact that Variations takes the time to read through every play out loud with actors, in front of the playwrights, and offers feedback is unique. It can be pretty disheartening to send your script out into a void and never hear anything, so to get that sort of attention for every submission is really special.

What else have you done that Maryland audiences might have seen earlier this year?

R.A. Pauli:
On April 15, as part of the Dramatists Guild’s coronavirus play project, I had a one-minute play, “When the Outgoing are Instaying,”read online. On April 22, The Garfield Center for the Arts in Chestertown performed a reading of my one-act play, “How Simone Found Happiness,” via Zoom. That play is still available for viewing in the GC archive.

Chad Short:
I was cast as Jackson in “Close Your Eyes and Sleep,” written by AJ Clauss, set to be performed at The Mercury Theater until COVID-19 postponed the production. So you may not have seen it, but it was starting to buzz!

Colin Riley:
Besides becoming famous on TikTok, I have some ideas for more plays and I plan to keep performing on stage, screen, and Zoom! The best way through this is forward, and I plan to keep writing and acting no matter the circumstances.

Rosemary Frisino Toohey:
I’m turning one of my plays into a musical. It’s a comedy about two wounded people who meet and…well, you can guess the rest.

How has the COVID-19 pandemic affected your work, both on this project and in general?

Deborah Carry Amland:
I think being quarantined has made me less inhibited as a writer. I normally write for a fairly judgey audience. Like an audience of authoritarian dads who all shake their heads “no” in unison. But they are all in same boat as I am now, so it’s been nice to just write without them. I feel like COVID has clarified an equal footing for me. It’s made me a more authentic and adventurous writer.

Elizabeth Shannon:
So many Zoom calls. It can be tiring, but also exciting to see so many creative people work together and create new theater and art in a way that has never been done.

“Variations on Vision” will be presented in two forms — as a full production of 11 plays streamed live on August 7 and a staged reading of nine different plays streamed on August 9. Both will be recorded and repeated throughout the month. These performances will be free to viewers, thanks in part to a generous co-sponsorship by Motor House. Registration and a full schedule are available here.