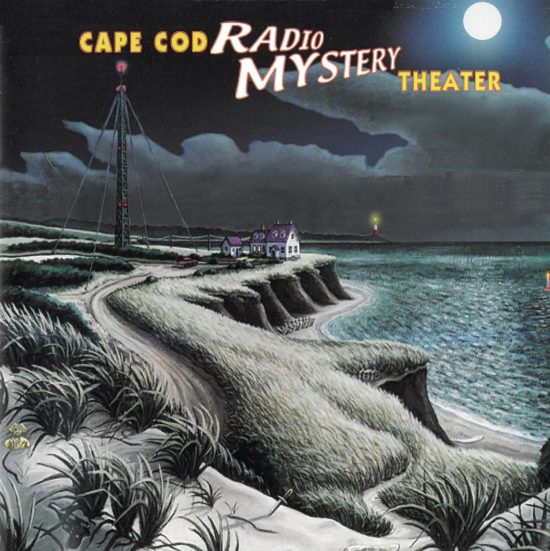 Charles Dickens is known as one of the greatest novelists in the English language, yet his interest in the theatrical is less widely known. During his later years, Dickens would take to the stage and read dramatically from his own works. In his biography, “Dickens: Public Life and Private Passion,” Peter Ackroyd explains that Dickens, though only in his early fifties, was not a well man, and on his reading tours he “sometimes relapsed into general faintness and sickness . . . One doctor advised him to stop for a period of recuperation, but he refused.”

Particularly draining were Dickens’ dramatic preparations for his reading, “The Murder of Nancy” from his novel “Oliver Twist,” in which the author enacted the screams of Nancy as well as the murderous blows of her lover and killer, Bill Sikes. Those wishing to go back in time to Victorian London to listen to this stage reading by Dickens and the toll it was taking on his health would do well to listen to veteran actor George Harland as Dickens in a rewarding listening experience on the “Cape Cod Radio Mystery Theatre” website.

Dickens performed “The Murder of Nancy” numerous times (as did Mr. Harland, probably hundreds of times, as part of his revival and recreation of Dickens’ stage performances). Mr. Oney informed us in an interview for this article that in some ways Mr. Harland’s performance is “almost certainly better than what Dickens could have done himself, as the author was known to have a slight speech impediment, sounding like a thickening of the tongue.”

In “Murdering Dickens” –  for Dickens was murdering himself through these performances –  the narrator notes that Dickens’ tendency to give public performances of his work makes them “Victorian radio thrillers before radio even existed, before the medium had been formed.”  Dickens’ doctor pleads with the organizers to stop him from going on stage and performing “The Murder of Nancy,” but this – in addition to his serialized novel writing – was something Dickens was born to do, and the indefatigable writer could not be stopped.

The scene enacted from “Oliver Twist” is well known even to those who have not read the Dickens novel but have seen the musical “Oliver!” on stage or in film. Here is the scene from Dickens presented in all its brutality, without the comforting tunes of the Artful Dodger announcing “Consider Yourself at Home” or young Oliver Twist and cast lyrically singing “Who Will Buy?”  Fagan, instead of being the lovable rogue people remember from the Oscar-winning film musical, is shown brutally inciting Bill Sikes to violence and indeed to the murder of his lover Nancy. Mr. Harland brilliantly voices the very disparate parts of Nancy, Sikes, Fagan, and the kindly Mr. Brownlow (Oliver’s guardian), all the while in the voice of Dickens. There is also the drama behind the scenes. Dickens is ill, the performance is a strain, and the listener is told at the beginning that this performance is occurring shortly before the author’s death. Will this stage reading result at the end in “Murdering Dickens?” Dickens’ last reading of “Murder” occurred on March 8, 1870, at St. James Hall in Piccadilly. During that performance, we learn that the great novelist’s heart rate soared from 94 to 120. Dickens would die of a cerebral hemorrhage on June 9.

This production is a part of the long-running audio series, “Cape Cod Radio Mystery Theater,” which once aired on National Public Radio. More characteristically, the mysteries of the series take place on Cape Cod, Massachusetts. Yet a salient feature of creator and writer Steven Thomas Oney’s series is here in the use of authentic sound effects – in this case, horses and carriages recorded live on Cape Cod to lend verisimilitude to the streets of Victorian London. Mr. Oney elucidates for Maryland Theatre Guide: “The horse and carriage sounds were recorded by me with the help of Allen Rodday, proprietor of the Moby Dick Farm, a horse farm in Brewster on the Cape. At one point, we almost recorded what would have been a spectacular aural wreck when the spirited horse who was pulling the carriage decided to ignore all commands from his master and proceed to run pell mell down hill and round a dangerous curve in the road at break-neck speed. Such can be the hazards of sound effects recording in the field!”

Mr. Oney’s interest in Dickens is enormous and is picked up at other points in the series, including in his “Case of the Murdered Miser,” a unique take on the tale of that “tight-fisted hand at the grindstone” Ebeneezer Scrooge in “A Christmas Carol.” The episode “The Golden Idol, The Magwitch, The Donkey’s Tail” references the character of Magwitch from “Great Expectations.” It should come as little surprise that Mr. Oney told us in our interview that Dickens – along with Mark Twain and Jack London – were seminal influences upon him. Mr. Oney’s enthusiasm for Dickens includes a collection of Royal Dalton Dickens figurines as well as having “an engraving of the master himself as well as an actual signed check by the author.”

Mr. Oney’s latest project is readings of his unpublished mystery novels “Stalking Lions” and “Stalking Bulls,” portions of which may be sampled, along with various of his other audio mysteries, at his website.  “Murdering Dickens” can currently be heard for free as a gesture of goodwill during the Coronavirus pandemic era here.