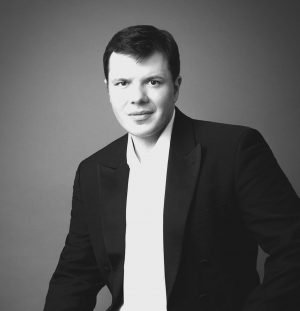 There are flutes “with trumpets blaring in . . . What a clashing, what a clanging,/ What a drumming, what a piping.” Thus reads one of Heinrich Heine’s poems, set to music with 15 other short Heine poems in Schumann’s “Dichterliebe,” Opus 48. This is a song cycle, a melding of the lyrics of a famous poet with the melodies of a noted composer. Heine’s verse was an excellent choice for Robert Schumann, as the poet of “The Book of Songs” references music constantly in titles, themes, and — as we witness above — even props. The composer Schumann must also contend with and reflect musically the presence of irony in Heine’s verse, for among the “trumpets blaring” and the cacophony of “clashing and clanging” there are angels — and there is love, for indeed “Dichterliebe” is rendered into English as “Love of a Poet.”

Just as Heine and Schumann collaborated to create these wonderful Lieder or “arts songs,” so, too, is the performance of “Dichterliebe” a close working relationship between singer and pianist. Bartitone Eugene Brancoveanu and Christopher James Ray at the piano achieve this admirably in a thirty-minute performance currently streaming from Opera San José.  Brancoveanu and Ray fuse their arts admirably in such classic Heine poems as “In the Wondrous Month of May,” “From My Tears There Will Spring,” and “From Fairy Tales of Old” — the latter reminding us that German poems selected for art songs also convey something of the magic and gloom of the “Grimm” world of German fairy tales.

A very special moment in the performance is certainly “A Youth Once Loved a Maiden:

A youth once loved a maiden,

Who loved another instead;

The other himself loved another,

And with the latter did wed.

The maiden, in scornful anger,

Straight married the first of the men

Who happened to come across her,—

The youth was heart-broken then.

Brancoveanu does not merely give vocal expression to the famous Heine poem but employs effective hand gestures to relate the bitter yet somehow comic story in miniature. The pain of love indicated here is emoted to great effect vocally by the artist (with Ray’s soulful piano accompaniment) in “When I Hear the Little Song:”

When I hear the little song

That my love once sang,

With the wild rush of pain.

A dark longing drives me

These lyrics, again conveyed to us by Brancoveanu in crisp German, fuse the elements of the pain of love and nature in its wild state with references to music and song.

The songs are performed by Brancoveanu in German, though English subtitles and translations of the Heine works into Spanish and Vietnamese are provided. We must note the English translations, while highly accurate, do not always give the full sense of Heine’s poetry and do not attempt to emulate Heine’s effortless rhymes. Indeed, we used an older classic translation by  Edgar Alfred Bowring for “A Youth Once Loved a Maiden” for this review. Those new to “Dichterliebe” and the song cycle art form might benefit from resources provided at the concert link, including “The Life and Music of Robert Schumann” from NPR and a biography of Heinrich Heine from the Poetry Foundation.

This performance of Schumann and Heine’s “Dichterliebe” by Brancoveanu and Ray is excellent in terms of both performance and as a fine example of the art form of the song cycle — an art form well suited to our pandemic era in which large operatic collaborations by companies such as Opera San José are sadly not possible.