‘A Quick 5’ with Caroline Bowman 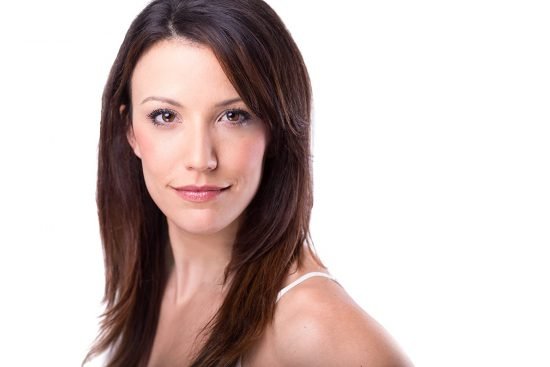 Broadway superstar Caroline Bowman is a native of Howard County, Maryland.  A graduate of Glenelg High School in 2006, Bowman attended Penn State University where she graduated with a Bachelors in Fine Arts (BFA) degree in Musical Theatre.

Bowman has been seen as Elsa in the National Tour of “Frozen,” Elphaba in “Wicked” on Broadway, and Eva Peron in “Evita!” Caroline has also been seen on Broadway as Nicola in “Kinky Boots.”

MDTG: When did you first realize that you wanted to perform as a career?

CB: I grew up performing in community theatre all around Maryland with my Mom, so I knew very young how much I loved musical theatre. My mom and I would blast Broadway musicals in the car every day and we would take trips to New York at least twice a year to go see Broadway shows. Whenever I would go to NYC it felt magical and I felt at home. I knew I would live there one day and pursue my dreams.

Tell us more about your high school years in Maryland.

I went into high school knowing I wanted to go to college for musical theatre and luckily I had the best Drama teacher, Sue Miller, at Glenelg High School. She took me under her wing and gave me so many opportunities for growth during my time there. She knew I took this seriously and she took me seriously. I also remember seeing shows locally at Toby’s Dinner Theatre and being inspired by the performers there. I eventually started my professional career performing at that theatre. So when I was 16 years old I would finish a school day, go to play practice for the high school show and then head to Toby’s for my show at night. It was hard worked, but I loved it and was willing to work hard for it.

What kind of work ethic does it take in order to be a successful performer such as yourself?

It takes an incredible amount of discipline and sacrifice. When everyone else is playing we are working – we are the entertainment and we are other people’s escape. I treat myself like an athlete and I treat every new job like a new athletic endeavor. It’s also your job to stay healthy, so you have to be careful about what you put in your body and make sure you’re drinking lots of water and getting lots of sleep. You must make your job one of your top priorities over socialization and recreational activities. I will never go out on stage unless I can give 100% of what I have to give that day because that is what I was hired to do and it’s a gift to be able to do that.

What has been your greatest career moment yet?

Every wish on every birthday cake since I was little was to be on Broadway. My dream came true when I stepped out on stage in the ensemble of “Wicked” in 2011. I know that dreams don’t always come true, and the fact mine have is unbelievable to me. Not to mention, when “Wicked” came out in 2003, Elphaba immediately became a dream role of mine and I eventually got to play her full time from 2014-2015. It’s all wild that I get to do this for a living and every opportunity I’ve been given has been just as exciting and fulfilling as the last. Getting to work with my husband in Frozen has also been just the most incredible experience as well. He plays Prince Hans!

Any thoughts of what the future of theatre looks like in the USA?

I know nothing, just like most of us right now. But, I do believe theatre will be back and I’m hopeful that it’s sooner than we all think. People crave live performance and there is truly nothing like live theatre. In the meantime, I’ve been working with Broadway Plus and it has been amazing. When my world was put on pause with Broadway’s closing, I was very much lost and didn’t know what to do. Then Broadway Plus reached out and gave me these amazing opportunities to teach and connect with students – it was truly the greatest gift! It’s given me purpose during this time and has allowed me to connect with people in a different way.