‘A Quick 5’ with Jason Odell Williams 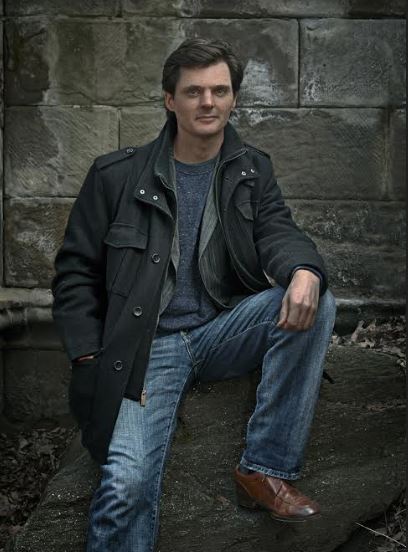 Jason Odell Williams is an award-winning playwright, a novelist, and Emmy-nominated television producer with wit and humor and intelligence that has come to the attention of international critics. The LA Times called him a “postmodern Clifford Odette,” while another California columnist said “He (Williams) may be hailed as the country’s newest, youngest Eugene O’Neill.

His off-Broadway plays include “Church & State,” “Baltimore in Black & White,” and “Handle with Care,” among others. Currently he’s is participating in the Florida Studio Theatre “Playwrights Project,” an artistic initiative employing 33 of the country’s top playwrights, sketch comedy writers, and musical theatre developers.

Born and raised in Columbia, MD, he returns frequently to his Howard County roots. His wife, Charlotte Cohn is also an actor/director who wowed us with her one woman show, “Simply Complicated: The Elegant Escapades of a Danish-Israeli Opera-Singing Tank Commander,” at Centre Stage a few years ago. She is, indeed, all that and more.

Like many married couples who work in the same profession – they met in graduate school at the Actors Studio Drama School in Manhattan (which produced James Lipton’s celebrity interviews on the Bravo Cable TV channel) – their time together is precious. We caught up with Williams following a Razzle Dazzle radio broadcast from Howard County Community College.

Here are five questions posed to this bright, articulate artist.

When will folks be able to see your work? On Zoom? Or are you waiting for live performance from the Playwrights Project in Florida?

For my play “America In One Room,” commissioned by Florida Studio Theatre in Sarasota, Florida, we are still developing the script. We had another Zoom reading in late July and will probably have another in early September. I don’t know if or when any Zoom reading will be made available to the public, though. There was some talk about how to adapt the play for Zoom which I’m holding out hope that we DO NOT have to resort to. This play really needs to be seen and experienced live.  I’m willing to wait until 2023 or 2024 to let that happen.

The inspiration for “America” came from a constant stream on TV, snippets of conversation, dreams, the radio, the Internet, and the newspaper. It examines politics polarization and ethe power of honest, respectful conversations, with a hopeful underlying message.

The play needs to be “current” and about what’s happening in the world at the time of production. Changes will need to be made depending on who wins the White House in 2020 and what happens in the world between now and whenever the play is first staged.

Which of your plays has brought you the most joy? The most frustration?

The short answer is the most joy: “Church & State.” The most frustration: “The Science of Guilt.” But the longer answer is like asking which of your children is your favorite? It’s very hard to pick one because truly they all bring me joy (and frustration) at times. There are moments of joy in the writing process, especially when you come up with a great line, a funny turn of phrase, a new plot point/twist, or solving a problem in the writing. It’s all extremely satisfying to me…what I love about the writing process.

But at the same time it can also be frustrating when a scene or moment is not working, and I’m struggling to figure out why. There are especially frustrating moments during tech rehearsals and production. That’s the hardest part for me as a write is going from the early rehearsals where everything is clicking to putting it on its feet and adding the tech and seeing how sometimes all that “stuff” actually gets in the way of the play and the performances.

Then suddenly tech and production is the best part of the process. Still the most joy I get is hearing the first audience hear a new play. Sometimes it’s at a reading or the first preview. Those first laughs, gasps, sighs and reactions are the best for me. I remember distinct performances sitting in the back of the house during “Baltimore in Black & White” and “Handle With Care” and “Church & State.” hearing those audience reactions night after night. Those are the best. I also get a tremendous amount of joy reading about various regional productions of my plays and hearing audience reactions (and even cast reactions to the material) all across the country.

When you have a great team, designers, cast and especially a great director, then they can elevate the play and make what you have on the page even better than imagined.

Writing is a lonely profession, but you have Charlotte at your side – you mentioned her direction in the radio interview. How much do you rely on her help?

Immensely. Charlotte is the only one I really trust to give me advice in terms of rewrites and editing. I listen to other opinions for sure, but when it comes down to a final decision about a character or scene or line of dialogue, she’s the only one I trust. She is, hands down, the bet director I’ve ever worked with. She just “gets” my writing and the tone. She understands the rhythms and where the laughs are, where the beats are, where it gets sad, serious, or sentimental and then the exact moment and way to break that tension for a laugh. I don’t have to explain things to her.

And as I was saying in the earlier answer, when you have a director elevates the material on the page beyond what you as the writer ever imagined, she finds an inventive why to stage a scene, perhaps a light or music cue or bit of blocking that helps tell the story in a cleaner, better way That’s the magic every writer hopes for and that’s why collaboration can be so much richer than working in isolation because two minds are better than one as long as they both want what’s best for the play and share a similar vision and sensibility.

And that’s 100% the case with Charlotte and me. There is no ego in our conversation about the work. It’s always, “How do we make this better?” It’s really fun working with her.

Where do you see yourself in 10 years? Or five, if COVID is gone?

Well I hope COVID is gone in 2 or 3 years! We need to get back to live theatre!! I really feel like it’s something people need in their souls to feel alive and connected. In 10 years I hope to have had a play (or musical) produced on1 Broadway (maybe still currently running on Broadway). I’d also love to be working as the co-head writer on a TV series that I co-created with Charlotte. (We have a few in the works.) Whether it’s TV or Theatre or both, to be working on something I love with Charlotte would be the dream!

Please support the arts! Donate to The Actors Fund and to local Theatres. Buy and read new novels. Subscribe to audio theatre podcasts. Do whatever you can to support art and artists during this crisis. While people are at home staying safe, they are consuming art (books, tv, movies, streaming live theatre), and the artists for the most part are not being paid during this time. Please support them financially if you can.

If I can tell any budding writers out there something (the most frequently asked question) “Do you have any advice for other writers?” My answer is to write every day. By writing daily, it can be 10 minutes or 5 hours. It can be one paragraph or 10 pages. But try to do something every day. And try not to look back and always begin by rewriting from the top of the script each day. Keep pressing forward until you have a first draft. It can be messy and clunky and riddled with typos, but you don’t know the play your writing until you actually write it! Then go back and start from the beginning knowing how it all turns out.