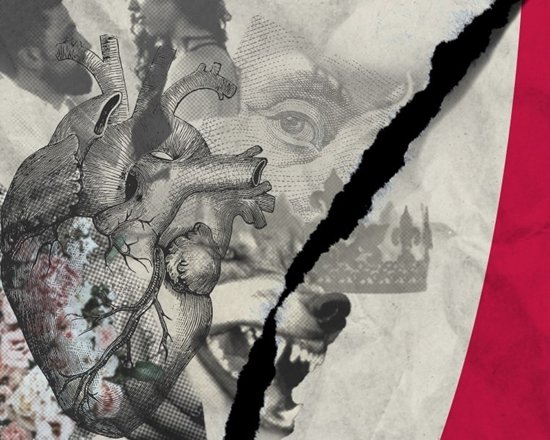 Having implemented strict safety precautions in keeping with the Mayor’s plan,, GALA is proud to open its 45th Anniversary Season, with The Dog in the Manger (El perro del Hortelano) by Lope de Vega,  master  of  Spain’s  Golden  Age.  Adapted by Paco  Gámez and  directed  by José  Zayas,  The  Dog  in  the Manger opens October 29 and runs through November 22. GALA Theatre is located at 3333 14th Street NW, Washington,  DC  20010,  one  block  from  the  Columbia  Heights  metro  station  on  the  Green  and  Yellow lines.

Parking is available at a discount in the Giant parking garage off Park Road, NW.

First  produced  in  1618,  this  smart  comedy  explores  love,  fidelity  and  class  with  wry  wit.  After  Diana,  a Countess, scorns proposals of marriage from several aristocratic suitors, she falls for her male secretary who she discovers is wooing Marcela. To pursue this forbidden love, Diana must sabotage her suitors, deceive her friends, and concoct ever more elaborate schemes. So begins an emotional love triangle familiar to those who have  fallen  in  love  with  someone  outside  their  status  dictated  by  social  norms.  “Four  hundred  years  later,” says Hugo Medrano, GALA’s Producing Artistic Director, “the power of Lope’s stories and his insight into the pain and joy of the human experience still speak to us today.

“Lope  de  Vega,”  remarked  director  Jose  Zayas,  “wrote  about  how  individual  acts  of  rebellion  against  the status quo moved the world forward one small step at a time. I want the audience to reflect on how our idea of  how  we love  and  who  is allowed  to  love  changes  based  on  shifting  paradigms  of  social  structure.  The context  of  the  play  may  be  historical  but  its  interior  emotional  landscape  is  unexpectedly  immediate  and presents a complex vision of our ability to connect with other people through love in all its strange mutable power.”

The Dog in the Manger is performed in Spanish with English surtitles on Thursdays through Saturdays at 8 pm, and Sundays at 2 pm. The Noche de GALA is Friday, October 30, 2020 at 8 pm, followed by dessert reception hosted  by  His  Excellency  the  Ambassador  of  Spain  to  the  United  States  Santiago  Cabanas  Ansorena. Press Night  is  Saturday,  October  31  at  8  pm. This  production  is  made  possible  with  generous  support  from  the Embassy of Spain in Washington, DC, SPAIN arts & culture, the National Endowment for the Arts, and the DC Commission on the Arts and Humanities.

Félix Lope de Vega Carpio was born in Madrid in 1562. Recognized as the most popular and prolific writer of 17th century  Spain,  he  wrote  nearly  1,000  plays,  of  which  more  than  400  have  survived.  Along  with  Pedro Calderón de la Barca, Lope dominated the era of the Spanish Golden Age and was known as the “Monster of Nature” for his dramatic romances, pastorals, epics, and Spanish comedias. From early youth, literature and a series of amorous liaisons provoked a turbulent life. One of his affairs led to his imprisonment and banishment from Madrid for eight years, but it provided him with subject matter for one of his masterpieces, La Dorotea.

Lope was a passionate believer in the Catholic faith and the glorious destiny of his beloved Spain. In his last days,  professional  frustration,  as  well  as  personal  grief  enveloped  him.  Following  the  medieval  practice  of atonement, he flagellated himself regularly. He died on August 27, 1635, mourned by all Spain.

Paco Gámez, author of the adaptation, is a Spanish playwright, actor, and director.  Gámez holds degrees in English Literature and Interpretation, and a post-graduate degree in Theater Production and Sciences.  He has been widely recognized as a playwright and received  numerous awards, among them the Pedro Calderón de la Barca Award, the LAM Award from the General Society of Authors of Spain (SGAE), and the Award from the National Association of Playwrights. His most successful works include Inquilino (Tenant), which was produced by  the  National  Drama  Center  and  was  a  finalist  for  the  MAX Award  to Best  Author  Revelation. Others  are Katana,  which  premiered  at  the  Kamikaze  Theatre; and Chapman,  funded  by the  Ministry  of  Culture,  about the assassination of John Lennon. Gámez’s texts have been translated into English, French, Italian, Portuguese, Romanian, and German.

When  theaters  open  up  again  in  Spain,  Gámez  will  premiere  his  versions  of Las  Calatravas at  the  National Theatre of the Zarzuela, and La Eneida at the Circo Price Theater, under the direction of José Luis Arellano.

Featured in the cast are guest artists Soraya Padrao as Diana and Ariel Texidó as Teodoro. from Miami. Ms Padrao, who appeared last season in GALA’s La vida es sueño is from New York. Mr. Texidó resides in Miami and made his GALA debut in Exquista Agonía last season. The cast also features GALA company members Luz Nicolás (Caridos)  and Catherine  Nunez (Marcela),  who  appeared  in Exquisita Agonía and  numerous  other shows; Carlos  Castillo (Tristan)  and Delbis  Cardona (Fabio),  who  performed  in Como  agua  para  chocolate, among many others; and Oscar Ceville (Ricardo), who last appeared in GALA’s production of Yo también hablo de la rosa and has been in several classical shows.