‘A Quick 5:’ Tom Barylski, ‘She Kills Monsters’ Director at The Montgomery Playhouse 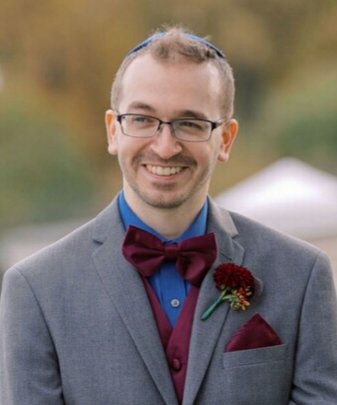 This March, The Montgomery Playhouse, in cooperation with Arts on the Green, will present a virtual performance of “She Kills Monsters” by Qui Nguyen, from the City of Gaithersburg’s Arts Barn stage. Director Tom Barylski provides insight into this fanciful and ingenious comedy.

Montgomery Playhouse chose “She Kills Monsters” for several reasons. For our 2020-2021 season, we planned to present female centric works to honor the 100th anniversary of the 19th Amendment. “She Kills Monsters,” while female centric with two female leads, also gives a voice to the LGBTQ community as Tilly, and everyone in her D&D world, is gay. Between the connection to the LGBTQ community, and the incredible opportunity for female identifying performers, this was the right play for us to produce.

What attracted you to this piece as a director?
It was a no-brainer for me. After seeing the show in Arlington almost a decade ago, I knew I had to jump at any chance to be involved in this production. Raised in a nerdy family, I was exposed to fantasy worlds, encouraged to read books, and to explore those interests early in life. I’ve enjoyed a fair number of D&D campaigns and feel I can call myself a D&D aficionado.

Tell us about the setting and other unique things you’re doing in this production. How will that enhance the experience for the audience?
Set solidly in the 90s through music and pop culture, “She Kills Monsters” brings some strong feelings of nostalgia and we are leaning into that with the sound design and costumes. We have drawn from popular culture and fantasy classics to bring the story to life. We are so excited to be utilizing puppets and small-scale sculpture to make the fantasy world just as magical as it has been to players for decades. While puppetry has always been somewhat involved in productions of “She Kills Monsters,” we have found more places we can play with the fantasy element in how we build and create this world of monsters without major backstage support and a crew of artisans.

What challenges does the “She Kills Monsters” present for you and your cast?
In order to limit the number of people in the performance space and to keep up with current city, county, and state COVID regulations, we have reduced the cast size and double-cast some roles. Also, puppets.

What else do we need to know about the show?
Our creative team has worked tirelessly with The Arts Barn and the City of Gaithersburg to bring this story to life. I feel so grateful to be working on such a meaningful production with these hardworking and talented individuals. At its heart, “She Kills Monsters” is a story about family and discovery. All involved in the production have been lucky to find just that in our cast and crew.

About the Play: A comedic romp into the world of fantasy role-playing games, “She Kills Monsters” tells the story of Agnes Evans, following the death of her teenage sister, Tilly. When Agnes finds Tilly’s Dungeons & Dragons notebook, she stumbles into a journey of discovery and action-packed adventure in the imaginary world that was Tilly’s refuge. In this high-octane, dramatic comedy — laden with homicidal fairies, nasty ogres, and 90s pop culture — acclaimed playwright Qui Nguyen offers a heart-pounding homage to the geek and warrior within us all. Recommended for ages 14 and older.

“She Kills Monsters” is produced by Elizabeth Weiss and directed by Tom Barylski, in partnership with the City of Gaithersburg/Arts on the Green. The production runs from March 12-21, 2021. Performances are Friday and Saturday at 8 p.m. and Sunday at 2 p.m. Tickets are $20. Only one ticket purchase needed per household. Purchase tickets online here.

All tickets sales are final. No refunds or exchanges. Online sales end 30 minutes prior to curtain.

This livestreamed show is brought to you in partnership with Mandolin. Within one week of the show, you will receive an email from Mandolin with a link to the show and instructions on how to login to the performance. For questions about streaming or to purchase tickets by phone, please call 301-258-6394.