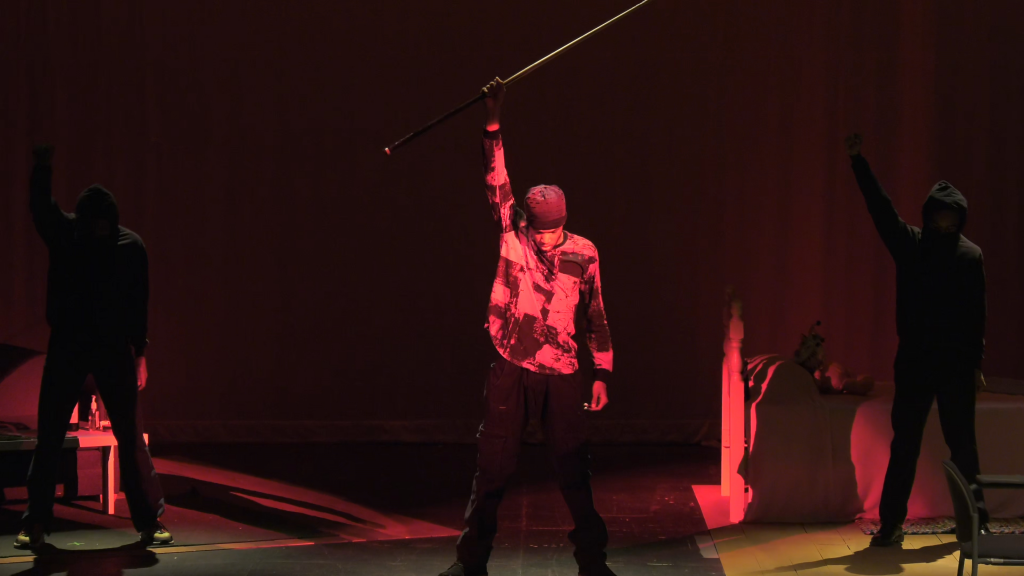 We real cool. We
Left school. We
Lurk late. We
Strike straight. We
Sing sin. We
Thin gin. We
Jazz June. We
Die soon.
Gwendolyn Brooks, “We Real Cool,” 1959

In Dominique Morisseau’s 2017 play, “Pipeline,” the tranquil serenity of a private boarding school is shattered by a heated confrontation. Administrators must react. Will they approach the episode with empathy? With open-mindedness? Or will their biases condemn a young man to a fate from which he may never recover?

Omari (Antonio Peace) is the student who’s in deep trouble, and his mother, Nya (Jade Jones), struggles mightily to respond. Nya is a teacher at her son’s school, divorced from Omari’s father, Xavier (Brandon Shaw McKnight). Xavier is a practitioner of checkbook fatherhood, and a source of great anguish to his son. Omari finds a measure of solace, if not full understanding, in the arms of his girlfriend, Jasmine (Yasmeen Mahdi). Nya, meanwhile, receives unsolicited advice from older teacher, Laurie (Autumn Weisz), and campus security guard, Dun (Preston Coleman). Eventually, the pressure of her situation overwhelms Nya, resulting in a breakdown which forces a reckoning among the members of her splintered family.

Peace…delivers all of the tense frustration and impatience that the playwright so skillfully gave Omari, and adds layers of alternating exhaustion and rage.

Dwight R.B. Cook, production manager for Morgan State University’s Carl J. Murphy Fine Arts Center, directs a fine ensemble consisting mostly of undergraduate students. As Omari’s girlfriend, Mahdi erupts with fierce devotion in an especially gripping clash with Nya. Jones, a sophomore, makes the stretch to play a character who’s a generation older. She provides Nya with a palpable sense of panic over her son’s circumstances, often crashing headfirst against the limits of self-restraint. Jones’ work here is very big, yet never feels overdone. Particularly praiseworthy is the performance of Antonio Peace. A freshman, he finds himself cast in a role that’s very nearly his own age — but one that demands an outsized degree of maturity to grasp. Omari is the fulcrum of Morisseau’s story, and a poor performance of that character could easily bring any production to its knees. Here, Peace carries the day. He delivers all of the tense frustration and impatience that the playwright so skillfully gave Omari, and adds layers of alternating exhaustion and rage. It’s evident that Peace and Jones did a lot of solid work on their characters’ mother-son relationship, with deft guidance by Cook, and the result makes this production soar.

Set designer Brianna Morrison has created a very practical modular world in which shifts from classroom to bedroom to break-room are accomplished with minimal interruption. James Gallmon’s lighting design shows a wide dynamic range, crucial to moments of interplay between the real and the imagined. Jade Jones adds sound design to her fine acting work here. Her score and effects are spot-on and unobtrusive.

Running Time: 92 minutes with no intermission.