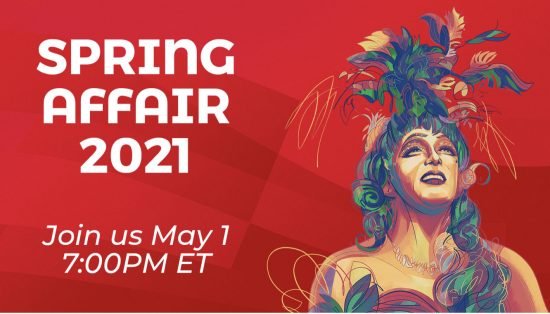 While music is an excellent way to enjoy yourself and be entertained, it can also be a powerful tool to deliver a message. The Gay Men’s Chorus of Washington, DC has been using music as a vehicle to fight for equality and justice for the last 40 years. Its community came together virtually to celebrate their Ruby Jubilee this past Saturday night.

Formed all the way back in 1981, at the dawn of the AIDS crisis, GMCW was sparked after an inspiring performance of San Francisco’s newly formed Gay Men’s Chorus at the Kennedy Center. Since then, they have performed hundreds of hours of both shows and community outreach, including international Equality tours, performing in front of sitting presidents, and taking iconic stages such as the Kennedy Center, Carnegie Hall, and the White House. They have an continue to use their platform and voices to push for inclusion.

This season marks 40 years for the dynamic group, and it has been a tough one. With the pandemic raging, performance groups all over the DMV, and the world at large, have had to suspend their in-person operations and pull things into a virtual format. GMCW is no exception, and has been able to deliver dynamic performances online, making the best of a difficult situation. They did this once again with their fundraising Spring Affair, focusing on celebrating 40 years, making it a Ruby Jubilee to remember.

We also got to hear from a large and varied group of people, who shared information about the founding and continuing mission of the GMCW. This included some of the founding members Marsha Pearson and Steve Herman, Board Chair Jay Gilliam and Vice-Chair Nicole Streeter, Membership President Mario Sengco, VP of Diversity and Inclusion Keygan Miller, Historical Society Chair Greg Kubiak and Co-Chairs of this year’s Spring Affair, Erich Sommerfeldt and Shawn Morris.

There were also several performances throughout the gala, in addition to the opening number. There was a fun and varied walk down memory lane with a montage of performances, which highlighted the scope and breadth of the music performed by GMCW over the last 40 years. Towards the end of the show, the full choir presented a stirring performance of their theme song, “Make Them Hear You,” from the musical, “Ragtime.” While all the music was engaging, the one that impacted this reviewer most was the performance of the “GenOUT” youth chorus. The performance was introduced by C. Paul Heins, who is the group’s director and filled us in on more information about the group and how they actually grew over this past year, even welcoming two members from Scotland! The performance was then also introduced by two members of the choir, Elliott Eiseman and Elena Vol. The members were able to share their perspectives and the impact that GenOUT, the only choir of its kind in the DMV area, has had on their lives. They performed a beautiful and stirring rendition of “Will You Teach Me” by Victor C. Johnson. Their stand-alone concert, “Youth Invasion,” can be viewed through May 9th here.

There were also several surprise shout outs from a wide variety of celebrities. I won’t ruin them here, but look out for some alumni of “RuPaul’s Drag Race,” Broadway, and beyond, wishing GMCW a happy 40th and wishing them the best for the next 40.

Finally, this show acted primarily as a fundraiser to help continue to support the important work of the GMCW and continue its mission. The hosts informed the audience that they had two generous donors that would match up to $100,000, and over $130,000 was raised by the end of the live performance — an amazing accomplishment! If you would like to support the mission of the GMCW, please click here.

The Gay Men’s Choir of Washington, DC’s “Spring Affair: A Ruby Jubilee” can be viewed here on their YouTube Channel. The show runs approximately two hours long, and is appropriate for most. Their next show is “GMCW Turns 40” on June 5th, 2021 at 7:00 pm. It can be viewed here and tickets are $25.