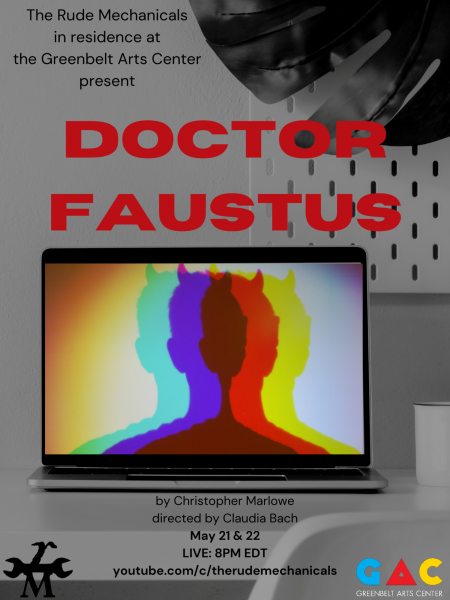 If you’re a denizen of Mark Zuckerberg’s infernal world, by this point you may have had a couple friends who have been tossed into “Facebook Jail” for a few days. They usually announce their return and we welcome them back. But we also know, from the posts that didn’t get censored, how they might have had it coming. We like to let off steam, right? In other instances, the algorithm may have completely misinterpreted a post. Facebook’s Grand Algorithmic Inquisitor will occasionally tell our friends to cool it. But they always let them back in after a brief “time out.”

The point being that whatever punishment is meted out to our hot-headed friends is temporary. A person may have crossed a line in that last post but the account stays active.  But ultimately they let people back in, with all past activity still archived. Someone may comment about a least favorite politician but get a tap on the wrist, no more.

Contrast this mildly annoying, school-marmish approach with the scorched-earth, Stalinist treatment Facebook just tried to impose on a local theatre company. The Rude Mechanicals, a local institution based in Greenbelt, has been promoting this weekend’s live YouTube webcasts of their updated version of Christopher Marlowe’s classic, “Doctor Faustus.”

Because they choose their plays with an eye on current events and current community concerns, The Rude Mechanicals’ announcements stressed that their production would set the play in the here and now, with Faustus falling prey to online conspiracy theories galore — which is not far from the original point of the play.

I repeat, the goal of this upcoming production is to remind audiences of the dangers of falling prey to innuendo online. If you read the announcement, you get it.

What did Facebook do? It deleted The Rude Mechanicals’ Facebook site and all records of its past activity, and wiped out the accounts (and records) of all the company members who administered the site, nine people in all. To make matters even more draconian, when members of the company tried to file an appeal, they were met with the following message:

In the darkest days of the Soviet Union, one of the most infamous tactics of Josef Stalin’s regime was to eliminate any and all references to people who had fallen out of favor with the regime. Names were erased, all records of their existence expunged. You were lucky if a shirt or a jacket were left behind to indicate they once existed.

Facebook has now taken a page from that playbook, and has adopted a policy of summarily eliminating persons who, according to their idiosyncratic algorithms, have violated what now passes for their “Community Standards.” There is no record of their existence left behind, and certainly no right to appeal, before the accounts disappear.

Fortunately, those who know the company and who were not (yet) erased managed to get through and persuade Facebook to give them their Facebook page back, but with all past postings from the company expunged. The collective memory of the company online has been wiped out.

Back to the play, which is well worth the visit. For those not familiar with one of Shakespeare’s most famous contemporaries, the playwright, Christopher Marlowe (1564-1593), was no stranger to controversy himself. At the age of 29 he was actually eliminated with extreme prejudice (i.e., murdered) over a barroom tab. His “Doctor Faustus” was outrageous fun but was something of a dry run, because one of his last plays dealt with the infamous St. Bartholomew’s Day Massacre in Paris (Catholic-on-Huguenot mass murder/genocide).

Marlowe’s “Faustus” is about the temptations of forbidden knowledge, and the darker temptations of the soul. Based loosely on the legends of a German con artist who specialized in fake elixirs (think Alex Jones with his dietary supplements), it was designed as a cautionary tale, but with plenty of entertaining slapstick before Faustus gets hauled through the stage’s trap door into Hell. The Rude Mechanicals have taken the digital confines of Zoom and managed to create some really innovative sets and looks — this should be a good one!

So please join me in catching “Doctor Faustus” this weekend for a rip-roaring night with the Devil. It’s great fun, and (so far as we know) still quite legal.

“Doctor Faustus, ” directed by Claudia Bach, is presented online Friday and Saturday, May 21 and 22, 2021  at 8 pm EST by The Rude Mechanicals in residence at Greenbelt Arts Center. Performances are FREE (suggested donation of $10). To watch the production LIVE on their YouTube channel, visit here.

For more information about the production, please visit here.