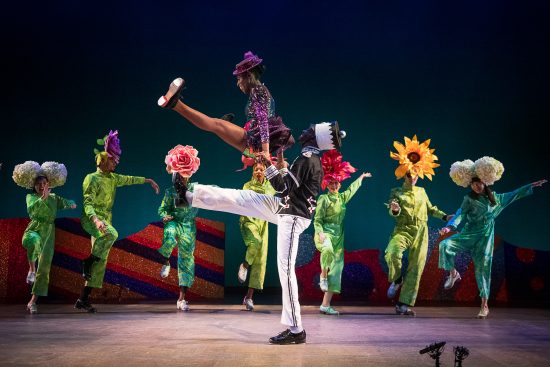 Buy a subscription and you won’t miss a beat!

Call it intuition, cultural channeling, or just a hunch, but the feeling here is that this is going to be a lively, all-encompassing, much-celebratory dance season. Quite cosmopolitan, too! So take the tuxedo out of storage, dust off the top hat and gloves, and polish the jewels. Fall in Washington is gala time — especially when this season includes such a momentous event as the Kennedy Center’s 50th Anniversary. 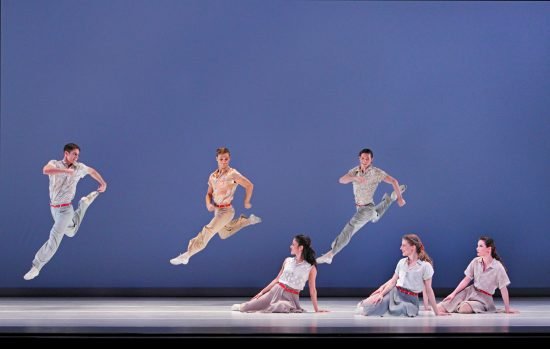 Paul Taylor Dance Company in “Company B.” Photo by Paul B. Goode.

Kicking off the contemporary dance offerings will be New York City’s topnotch Paul Taylor Dance Company, performing two of my favorite Taylor works, “Company B” to boogie-woogie songs by the Andrews Sisters, and Bach’s “Esplanade,” the most joyful dance ever created. The company performs in the Center’s Eisenhower Theater October 7-9, 2021 — a sure sell-out.

Ronald K. Brown and his company, EVIDENCE, with live music by singer-songwriter Meshell Ndegeocello, is back at the Center October 21-23, 2021. Brown’s “Grace,” “Mercy,” and a new work, “The Equality of Night and Day” complete the full-evening trilogy. Tap-happy Michelle Dorrance delivers a fabulous rendition of “The Nutcracker Suite,” a la Ellington and other jazz musicians December 3-4, 2021.

As part of Kennedy Center’s 50th Anniversary opening weekends in September, Ragamala Dance Company’s “Fires of Varanasi: Dance of the Eternal Pilgrim” will receive its world premiere September 11-12, 2021. Marking his final performances as a dancer in a full-length piece, London-based Akram Khan debuts “XENOS” November 18-20, 2021. Described as a mix of classical kathak (Indian dance form) and contemporary dance, the solo is accompanied by five world-class musicians. On April 29-30, 2022, Kyle Abraham’s A.I.M. performs his “An Untitled Love” to a soundtrack from the catalogue of R&B legend and Grammy Award®-winning D’Angelo in the Eisenhower Theater.

National Dance Day will be held Saturday, September 18, 2021 in a free all-day event throughout the REACH and Kennedy Center campus. Next June, “Reframing the Narrative,” with Dance Theatre of Harlem, Ballethnic Dance Company, and Collage Dance Collective recognizes the artistry and leadership of Black ballet dancers with guest curators, Theresa Ruth Howard and Denise Saunders Thompson.

The annual Local Dance Commissioning Project, The REACH (date and location to be determined) showcases works by Britta Joy Peterson and Quynn Johnson. Both recipients will create work using the REACH as a platform for discovery and opportunity, with the purpose of breaking down boundaries between audience and art.

In partnership with the Japan Society, the Center will feature a one-night only performance in the spring of 2022 by a group of Japan’s most skillful traditional dancers in a repertoire of Okinawan traditional performing arts.

If you have never seen the brilliance and the hope and the spirituality of “Revelations,” don’t miss the return of the world-famous Alvin Ailey American Dance Theater with its annual Kennedy Center engagement in the Opera House Feb 1-6, 2022. In addition to premieres and new productions, each performance features Ailey’s signature masterpiece — a gift to us all. 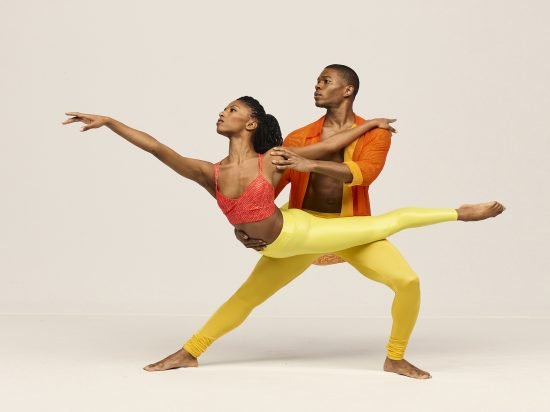 Ballet abounds at the Kennedy Center

Each season, the folks at the Kennedy Center choose a ballet company to perform its own take on “The Nutcracker.” In the past we’ve seen the Victorian setting by the Joffrey Ballet, the gorgeous falling snowflakes by the San Francisco Ballet, and others. Miami City Ballet has been chosen to stage George Balanchine’s “The Nutcracker,” set to the gorgeous Tchaikovsky score performed by the Kennedy Center Opera House on November 24, 26-28, 2021.

One of my most memorable dance moments was the visit by National Ballet of China, performing “Raise the Red Lantern” in 2019. This time around, the company celebrates “Chinese New Year (A Ballet in Two Acts)” with more than a hint of “The Nutcracker,” on January 26-30, 2022.

We’ll have to wait until the end of March next year to catch the American Ballet Theatre in “Bernstein in a Bubble,” created by Alexei Ratmansky during the COVID quarantine and seen on YouTube through subscription. It’s a hoot and not-to-be-missed. ABT also brings five performances of the full-length audience favorite, “Don Quixote,” re-staged by Artistic Director Kevin McKenzie who recently announced a future retirement.

For pure, authentic Russian dance – think Pavlova, Nijinsky, Makarova, Nureyev, Balanchine, and Baryshnikov – the Mariinsky Ballet presents Balanchine’s most-loved ballets in Russia on the Opera House stage, April 26-May 1, 2011. Here’s a chance to see different ballerinas dance the jewels —“Rubies,” set to Stravinsky, “Diamonds,” to Tchaikovsky, and “Emeralds,” to the French composer Fauré. True balletomanes try to see as many shows as possible.

The New York City Ballet has performed at the Kennedy Center for as long as I have written a column on dance — 47 years and counting. NYCB returns June 7-12, 2022 with George Balanchine’s “A Midsummer Night’s Dream,” a production brought to Washington during the company’s first visit in 1974. The second program features present-day choreographers Sidra Bell, Jamar Roberts, and Justin Peck — just about the most-sought-after artist around.