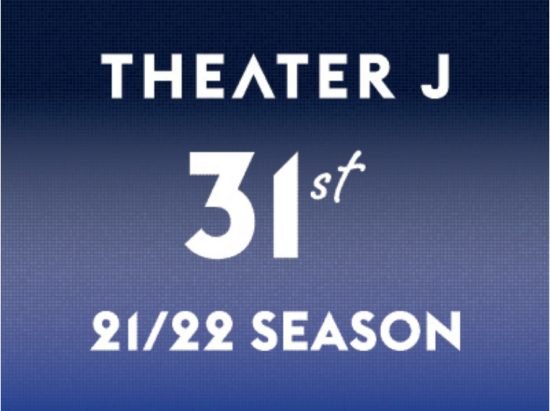 The season kicks off with a remount of the beloved Becoming Dr. Ruth by Mark St. Germain, starring Naomi Jacobson in her Helen Hayes-nominated performance and directed by Holly Twyford. Next is the touching Tuesdays with Morrie, based on Mitch Albom’s best-selling memoir. Jenna Place makes her Theater J directorial debut with this powerful and moving story.Theater J is thrilled to welcome The Kinsey Sicks for a special holiday performance of Oy Vey in a Manger. In its 2012 engagement at Theater J, The Washington Post wrote: “The songs are marvels…it’s a hoot…clever and jubilantly performed.”

2022 starts with the captivating drama Compulsion or the House Behind by Rinne B. Groff and directed by Johanna Gruenhut. Paul Morella stars as a forgotten writer obsessed with The Diary of Anne Frank in a provocative story of passion, show business, and identity. Next up is Nathan the Wise, produced in association with Folger Theatre, which is directed by Immerwahr and stars Mitchell Hébert as Nathan. Michael Bloom’s new adaptation of Gotthold Lessing’s 18th-century play is set in a 12th-century Jerusalem with incredible resonances for 21st-century America. The season closes with Anna Deavere Smith’s Fires in the Mirror, starring Atlanta actor January LaVoy, and co-directed by Immerwahr and LaVoy. LaVoy takes on the tour-de-force performance of 29 monologues in voices from the African American and Hasidic communities in Crown Heights.

“Theater has an unequalled ability to forge empathy and understanding,” says Immerwahr, “to inspire introspection and contemplation, and to create joyful connections as we gather together in communal experience. All of us at Theater J – the staff, the actors, the directors, the designers, the technicians, the ushers – have so missed creating powerful stories and meaningful experiences in the theater over the past 15 months; we cannot wait to welcome audiences back.”

All activity at Theater J will continue to be in accordance with regulations from the DC government and CDC, prioritizing the healthy, safety, and comfort of audience, staff, and artists. The Edlavitch DCJCC has been operating safely all year, with both a preschool and a Fitness Center, giving substantial opportunity to refine health and safety measures. Current protocols can be found here and will continue to be updated as they evolve.

In the coming season, Theater J will continue having readings in its Yiddish Theater Lab and offering Classes for Theater Lovers, taught by Immerwahr, Theater J staff, and local actors, directors and playwrights.

Don’t miss the return of this triumphant and life-affirming story of a woman who found her own unique place in the world. Before she became America’s favorite sex therapist, Dr. Ruth Westheimer had to flee Germany in the Kindertransport, become a sniper in Jerusalem, and survive as a single mother in America. Naomi Jacobson, who earned a Helen Hayes Award nomination for the role in 2018, returns to Theater J for an unforgettable, heart-warming evening of theater.

TUESDAYS WITH MORRIE
By Jeffrey Hatcher and Mitch Albom
Based on the book by Mitch Albom
Directed by Jenna Place
November 10 – December 5, 2021

Based on the best-selling memoir, Tuesdays With Morrie is the powerful and moving story of Mitch Albom, a hard-driving sportswriter, and Morrie Schwartz, his former college professor. Directed by Jenna Place, this tender yet profound play recounts the two men reuniting as Morrie faces his own mortality as an ALS patient. What starts as a simple visit turns into a weekly pilgrimage and a beautiful lesson in humanity, compassion, and friendship. Starring Cody Nickell.

A Special Holiday Engagement! The Kinsey Sicks are back! Full of their signature panache and perfect harmonies, these chicks with schticks are trying to sell off their manger – yes, that manger – before it’s foreclosed. Crises arise, secrets are reveals, Jewish-Gentile tensions surface, and mayhem ensues. Don’t miss America’s favorite Dragapella© Beautyshop Quartet in their triumphant return to Theater J.

COMPULSION OR THE HOUSE BEHIND
Written by Rinne B. Groff
Directed by Johanna Gruenhut
January 26 – February 20, 2022

Sid Silver is a man obsessed. When he learns about a young girl named Anne Frank and her diary, Silver makes it his mission to ensure her tale is heard. But is the manuscript a work of art? A cultural treasure? Or simply a valuable product? As he fights for the diary’s publication and the rights to adapt it into a play, Silver’s idealism turns to fanaticism, and his good intentions may prove to be his undoing. A fascinating, semi-fictional story about one forgotten writer’s battle for one extraordinary girl’s diary. Starring Kimberly Gilbert, Marcus Kyd, and Paul Morella.

In 12th century Jerusalem, Jews, Christians, and Muslims live side by side in peace—or so they hope. As tensions rise, the ruling sultan asks: “Which religion is the one most beloved by G-d?” Lives, and the future of Jerusalem itself, are on the line as the brilliant Jewish merchant Nathan seeks to answer the question. This funny and timely 18th century Shakespearean play is chock full of mistaken identities, foiled romances, and relationships across cultural and religious divides. Michael Bloom’s smart new adaptation celebrates the common humanity that unites us all. Starring Mitchell Hébert, Emily Whitworth, Drew Kopas, Jeff Keogh, and Sarah Corey.

August 1991: simmering tensions in the racially polarized neighborhood of Crown Heights erupt into riots after a Black child was killed by a car in the Chabad-Lubavitcher Rebbe’s motorcade and a white Jewish scholar was slain in retaliation. Anna Deavere Smith’s groundbreaking documentary play uses verbatim testimony from individuals throughout the diverse community, creating a nuanced portrait of a shared but divided geography. This theatrical event – performed over 30 years after these life-changing riots – promises a tour-de-force solo performance and a story which touches upon every American regardless of race, color, or beliefs.

PURCHASING TICKETS
Subscription ticket packages are on sale now, and single tickets go on sale in August. Please call our box office at 202-777-3210 or visit www.theaterj.org. For discounts for groups of 10+ call (202) 777-3210 or email Theaterj@theaterj.org.

____________________
Theater J is a nationally-renowned, professional theater that celebrates, explores and struggles with the complexities and nuances of both the Jewish experience and the universal human condition. Our work illuminates and examines ethical questions of our time, inter-cultural experiences that parallel our own, and the changing landscape of Jewish identities. As the nation’s largest and most prominent Jewish theater, we aim to preserve and expand a rich Jewish theatrical tradition and to create community and commonality through theater-going experiences.

Theater J is a proud program of the Edlavitch DC Jewish Community Center (EDCJCC). Guided by Jewish values and heritage, the Edlavitch DC Jewish Community Center engages individuals and families through its cultural, recreational, educational, and social justice programs by welcoming people of all backgrounds to connect, learn, serve and be entertained together in ways that reflect the unique role of the Center in the nation’s capital.

Edlavitch DCJCC embraces inclusion in all its programs and activities. We welcome and encourage the participation of all people, regardless of their background, sexual orientation, abilities, or religion, including interfaith couples and families.