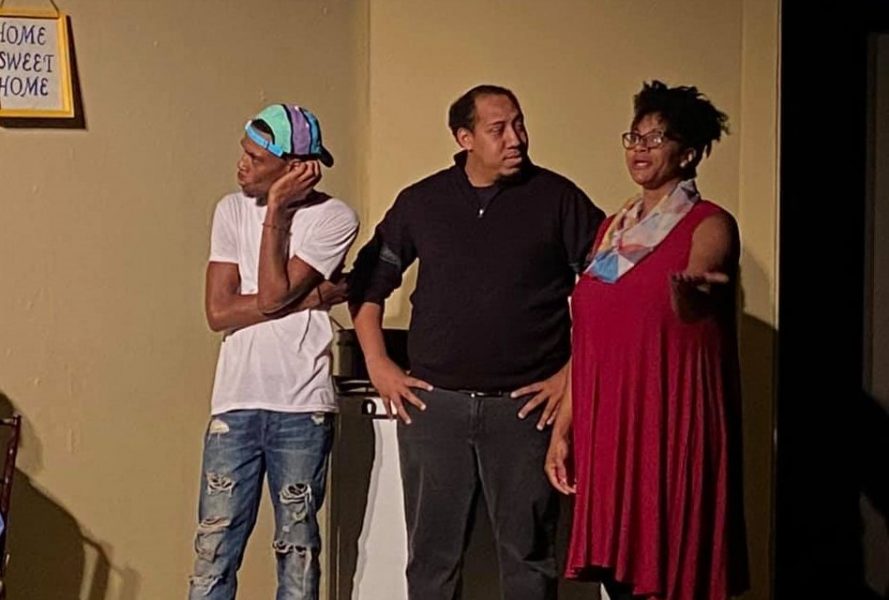 In the late 1970s, Bill Cosby’s career was flat-lining. He had paid his dues in nightclubs and as Robert Culp’s television sidekick, but after the ’60s, he found acting jobs few and small. Record sales showed that the standup comedy universe had ‘gone blue’ and passed him by. Aside from a cartoon series that he based on his own childhood stories (recycled from his early standup act), there wasn’t much left to pay the bills. Then he got an idea. It occurred to Cosby that the baby boom generation was reaching the age of parenthood, and that his grownup family experiences could take the place of nostalgia as the foundation for a career comeback. His new dad-centric comedy act was captured in the album “Himself,” released in 1982. Its enormous success led almost immediately to a prime time TV series which anyone born before the Reagan presidency will surely remember.

In the late 2010s, Atlanta playwright Dr. Shernā Phillips responded to Bill Cosby’s guilty verdict for sexual assault the way playwrights do: she created a caustic, satirical take on the nation’s once-blind Huxtability with a short play entitled “Pudding (A Cosby Satire).” A staged reading at the 2019 Atlanta Black Theatre Festival led to a spin-off second act, “Virtue in A Different World.” These pieces together are being presented by Strand Theater Company this weekend as “The Cosby Satires,” directed by Naelis A. Ervin. In it, a cast of ten fills the small Strand stage with a performance that is, at times, a loving homage to the groundbreaking cultural phenomenon that each of the 1980s series created and, at times, a demonstration of the “gotcha” power of righteous irony. Most of the latter is found in the first act, in which a familiar teenage son finds himself caught in a parallel universe, not unlike George Bailey’s foray into Pottersville. The only way that young Pudding (Quincy Vicks) can find his way back to Bedford Falls is to learn some tough lessons about rape culture and the importance of consent. This journey requires that he confront the can’t-unsee visage of his mother, Mrs. H (Christen Cromwell) holding a cat o’ nine tails and wearing bondage cuffs. He also gets to meet The Real Woman (Shelbi Nelson who’s every bit as good a playwright as she is an actor). That confrontation, and the entire first act, do exactly what the best satire can do — tell (at least) two stories at once, generate big laughs, and make a point.

After intermission, we travel to Hillside College, where sophomore student Virtue (Rachel Manu) is visited during homecoming by the whole H family, led by her dad (Devin McKay). She and her boyfriend, Kadeem (Khalid Taylor), have a problem, and it isn’t one that can be laugh-tracked out of their way. She is also plagued by a lack of skill in preparing for the inter-dormitory step competition, with roommate Jasmine (Adrienne Powell) gunning to kick her off the team while teammates, Kimya (IO Browne) and Tomei (Emilie Zelle Holmstock), defend her. Virtue’s best coaching comes from little sister, Mary (Majenta Thomas). The youngest actor in the ensemble, Thomas practically steals each scene in which she appears. Her every move, expression, and inflection are perfectly tuned to the demands of her surroundings and the material. In the more farce-ish first act, she performs outside-in. In the more straightforward second act, she piles on a broad, earnest silliness that truly delivers. There’s also really, really great work being done by Vicks, Taylor, and Browne here. Those four are worth the price of admission by themselves.

“The Cosby Satires” only runs through July 11, 2021 at Strand Theater Company, 5426 Harford Road in Baltimore. As of this writing the evening performance on July 10 is sold out, but tickets remain for Friday night and Saturday/Sunday matinees. Tickets are $20 and available online.