‘A Quick 5’ with Gary Morgenstein, Playwright, and Jacqueline Youm, Director, of ‘A Black and White Cookie’ at Silver Spring Stage 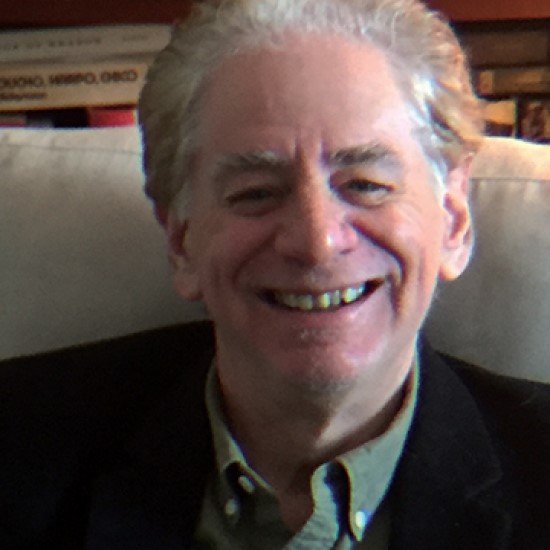 Gary Morgenstein, Playwright of “A Black and White Cookie.” 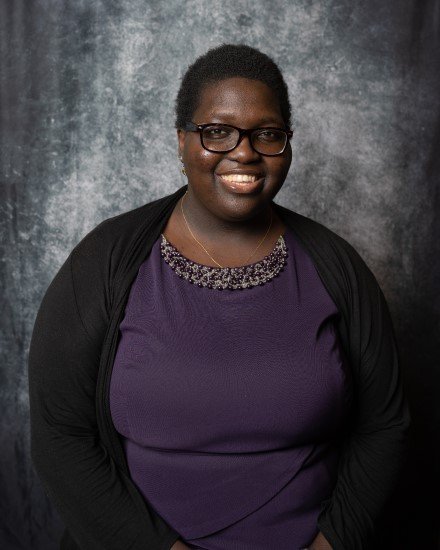 Silver Spring Stage will be premiering Gary Morgenstein’s “A Black and White Cookie,” directed by Jacqueline Youm and produced by Maura Suilebhan. The play will be performed only over one weekend, October 1-3, 2021.

As regional theatre has begun to reopen, probably one of the most anticipated openings has been Silver Spring Stage, noted for its sometimes edgy and innovative productions of lesser known or new plays. Their production staff and performers are always top notch.  So, it is only appropriate that they open with this original script by Gary Morgenstein.

Morgenstein and Youm collaborated on this production virtually as artists from all over have found new ways to communicate with each other. At first this was to be only a virtual reading, but the theater wanted to do a live production with an audience.

The plot revolves around a conservative African-American newsstand owner, New Yorker Harold Wilson. Wilson is a gruff man and just when he is able to reopen his newsstand the rents go so high, he is forced to close after 30 years. He encounters Albie Sands, an eccentric 1960s radical who gets Harold to fight his landlord. The two form a “unlikely yet powerful friendship to confront corporate greed and prejudice.”

The intriguing name of the play will be familiar to many New Yorkers. Most New York German and Jewish bakeries were famous for a round pastry usually made of a cross between shortbread and cake. It was usually about 4-6 inches in diameter, with one side chocolate frosting and the other with vanilla frosting. For young children it was so large, you usually split it. (I preferred vanilla and my brother chocolate, until I got older. Then, we would split it “down the middle” with each getting half of each flavor.)  The cookie is now sold everywhere, but the exported version is much smaller. Of course, the cookie creates a great symbol for many things but it is an excellent one for race relations.

I had a chance to interview the playwright, Gary Morgenstein and the director, Jacqueline Youm about themselves and the collaboration.

Gary Morgenstein’s (Playwright) novels and plays have been featured in national media from The New York Times, Entertainment Weekly, Parade Magazine, the New York Post, and Sports Illustrated to NPR. In addition to “A Black and White Cookie” (next opening at the Vino Theater in Brooklyn in November), his stage work includes “A Tomato Can’t Grow in The Bronx,” premiering February at Center Players in Freehold, NJ; “Saving Stan;” and the off-Broadway musical, “The Anthem.” An accomplished novelist, Morgenstein’s books include the critically-acclaimed baseball-science fiction novels, “A Mound Over Hell” (“1984 Meets Shoeless Joe”) and “A Fastball for Freedom” (“a dystopian Field of Dreams”).

Jacqueline Youm (Director) was last seen at Silver Spring Stage as Nora in “A Doll’s House Part II.” She is a Senegalese-American actor, lawyer, and French/English/Spanish teacher. Past credits include Goneril in “Queen Lear” (TQQ|ZS); First Witch/ Murderer/Apparition/Lady MacDuff in “Macbeth” (Theatre Mints); Archbishop of Canterbury in “Edward II” (The Show Must Go Online); King Claudius in “Hamless” (The Rude Mechanicals); and Mary Stuart in “Mary Stuart” (Zenith Players). Her next project is “The Sleepover” with Sister Freehold.

Where are each of you from and how did you get together for this collaboration, and what was each of your theatrical backgrounds before this joint effort?

Gary: I live in Brooklyn, which some consider the Center of the Known Universe. Jacqueline and I were brought together by Zoom, the artistic lifeline during the pandemic. A theater company in England was putting together a reading of “A Black and White Cookie” and posted for the role of Carol Wilson on Facebook. Jacqueline was wonderful in the part. We stayed in touch, and when she wanted to work together on a Zoom reading back in May, I jumped at the chance.

Jacqueline: I am from Sénégal. The magic that is Zoom theatre brought Gary and me together. A theatre company in the United Kingdom was looking for a black actress for their reading of Gary’s play, and someone referred me to them. After reading the play, I knew that I wanted to produce the play as more than just a reading via Zoom.

It is unique to be able to direct a play with access to the playwright. Can you tell us about how you collaborated?

Gary: The wonder of theater is this very point you raised: collaboration. I also write novels (dystopian science fiction baseball) and there, it’s all me. Good or bad. But the beauty of theater is giving your play to people you respect and trust, and allowing them to invest their own visions and interpretations. Like my blue is different from your blue, so a director will look at things differently than the playwright. The actors will emphasize different things. That’s how it should be. That allows theatrical creativity to flourish. So not surprisingly, I don’t think I ever had to give Jacqueline any advice or suggestions. She’s totally locked into the zone and gets what I tried to say.

Jacqueline: One of the beautiful benefits of virtual theatre has been the ability to work with playwrights directly on their works and their visions, if they have one. We began discussing the play from the moment I decided to produce it via Zoom. Gary gave me and the other actors a lot of creative latitude to breathe life and channel our own interpretation into our characters. If someone (Gary and the actors) did not like a particular choice, we discussed it and pivoted, but that almost never happened. This allowed for great collaboration and discussion.

What do you think is the symbolic meaning of the title?

Jacqueline: I LOVE the fact that this sweet pastry that is emblematic of the Jewish community can represent so much more. I see yin and yang; black and white people; wrong and right; unity; separate and equal—all meaning a black and white cookie.

What do each of you hope the audience will take away from this production?

Gary: Once I sit down in the theater on opening night October 1, the play no longer belongs to me. It’s up to each person in the audience to decide what they think. I do hope they’ll be touched in some way, emotionally or intellectually, by the central theme that, in these polarizing times, we must remember there are far more things that unite us than divide us. If only we’d stop and listen.

Jacqueline: I hope that the audience can see that despite all of the differences that we have and the division that has been furthered during this pandemic, we can still work together for good and do it harmoniously. I also hope that people will see that there is not only one satisfactory ending that is possible but that there is a myriad of happy endings available to us

Do you plan to work together again on another play or is this production the only one on both of your calendars?

Gary: Oh, I’d be thrilled to work together with Jacqueline on another play. I’m writing something new now. But I also hope that we have the opportunity to work together on more productions of “A Black and White Cookie.” I’m honored that the good folks of Silver Spring Stage chose us to open their 54th season. It’s artistic communities like SSS which are the lifeblood of American theater, presenting new and provocative works. That was a lesson we learned during the pandemic when we all shared our creativity energies with other artists across the world for Zoom productions. My play, “A Tomato Can’t Grow in The Bronx,” will open in February at the Center Players in Freehold, New Jersey.

Jacqueline: I hope to continue to work with Gary, whether it is on this particular play or other of his works. I am happy to see where this collaboration will take us and if there are other theatres that may be interested in this play as well. I am definitely planning on directing other shows and hopefully will direct more plays written by Gary.

“A Black and White Cookie” will be playing October 1 and 2 at 8 pm and October 3 at 2 pm at Silver Spring Stage, 10145 Colesville Road, Silver Spring, MD  20901 in the Woodmoor Shopping Center, Four Corners. To find out more about this production, go to this link. To buy tickets, click here.

Silver Spring Stage will require proof of vaccination or proof of a negative COVID-19 PCR test within 48 hours of the performance along with identification, and the whole audience will be required to wear masks while inside the theatre.

Not ready to go out to the theatre yet?  You can catch this production on their YouTube channel with options to donate to Silver Spring Stage.

You can see other performances by Jacqueline Youm on YouTube.