News: An die Musik Partners with Local Playwright for World Premiere of ‘Hand Through the Veil’ 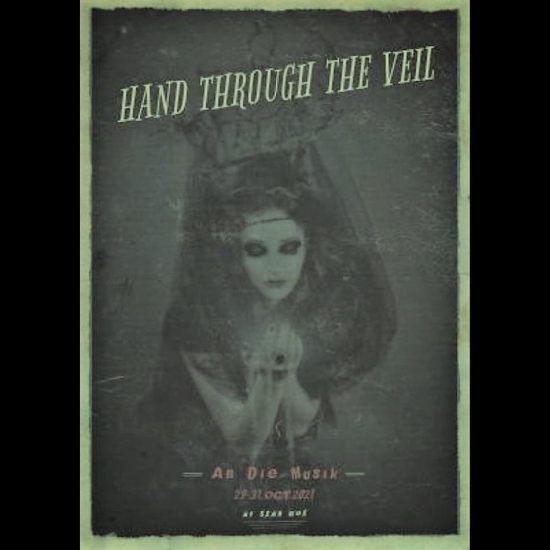 Baltimore, MD – “Hand Through the Veil” is best described as a period drama — a thriller with elements of mystery.  The story is compelling and original. Renowned author Sir Arthur Conan Doyle has spent years in pursuit of contact with the other side. Famed magician Harry Houdini has been on a parallel journey to debunk the very notion. With the help of the brash and unpredictable medium, Mina Crandon, the two come to the table for one final seance. The baggage all three bring with them results in a chaotic and strange experience that none will ever forget.

Baltimore-based actor Sean Coe is the creative visionary behind the original production. Coe’s previous projects include “Beginnings and Bobby” which, pre-pandemic, won Best TV Pilot Script at the Bare Bones International Film & Music Festival in Muskogee, OK and was nominated for Best Feature Script at Las Vegas’ Low to No International Film Festival. His short, “Sound of Wings,” was also selected for the  Georgia Shorts Film Festival.

“’Hand Through the Veil’ is my first play,” he says when asked to tell how it all came about. “I had written a screenplay a few years back that picked up an honor or two, but theatre-wise, I had always been an actor. Then COVID came along and March 2020 found me with time on my hands.” He goes on to explain how a conversation he’d had a few months early came back to haunt him.

“Someone told me she had worked with someone immensely talented but with no control of their ability. Some nights the person was brilliant and other times they seemed lost and just going through the motions. This merged with my long-time interest in the strange relationship between Doyle and Houdini, which led to Mina Crandon. I wondered, maybe she was like that — gifted with a wild, unpredictable talent that couldn’t be controlled.”

“I finished writing in a week,” he says. “It was easy, maybe a little too easy. I gave the script to a close friend, Ann Turiano, along with two bottles of wine in case she needed to drink to get through it. Ann is a brilliant theatre artist, and she’s also the Co-Artistic Director of Sisters Freehold. Two days later, I received a text: “Damn you, it’s good.”

It wasn’t long before Turiano signed on to play the main role, Mina. “The rest is history,”  concludes Coe with satisfaction.

It’s true that the last week in October will be an historic one for the play and the playwright. Not only will Baltimore host the world premier of “Hand Through The Veil,” but they have partnered with An die Musik, an established classical, jazz, and world music concert venue in downtown Baltimore. “Hand Through the Veil” will be the first theatrical production ever performed at the venue in its history. That’s not all. In an unprecedented gesture, An die Musik has offered this production three straight days to perform (October 29-31, 2021).

There’s a strong community aspect to the partnership, too. “We aim to increase opportunities for local artists and bring together our two disparate audiences by inviting different musical acts to open for the five performances,” Coe says.

Music will be geared toward the era of the play (1920s), with a nod to the Halloween weekend. Invitations for musical performers are currently in progress.

Set at the height of the 1920s Spiritualism movement, “Hand Through the Veil” isolates three of the era’s most prominent personalities in a fictionalized encounter. With liberal doses of fright and humor, it explores the search for truth, not only in circumstances and events but in ourselves. All three characters wrestle with perceptions of who they are versus who they want to be — the author who loathed his most famous creation, the escape artist who longed to be recognized as a magician, and the purported medium on whom this play centers. What if you experienced a moment of sublime talent or skill and could never/seldom repeat it?
https://newplayexchange.org/plays/953230/hand-through-veil

The play is appropriate for theatre goers of all ages.
Tickets are $20.00 in person or $10.00 streaming and can be found here.