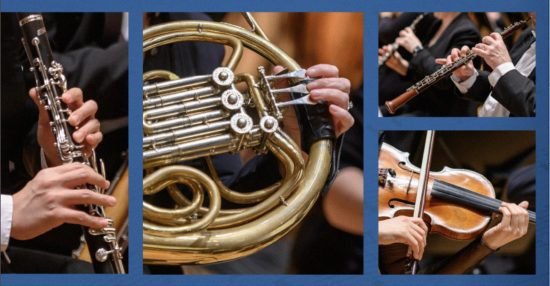 Photo courtesy of the BSO.

BALTIMORE (September 15, 2021) – The Baltimore Symphony Orchestra (BSO) announced today a series of scheduling changes for its 2021-22 Season of Discovery. The first two weeks of subscription concerts previously scheduled for The Music Center at Strathmore in North Bethesda will be relocated to the Joseph Meyerhoff Symphony Hall in Baltimore.

Performances previously scheduled for The Music Center at Strathmore on Saturday, September 25 at 8 pm (Bruch and Sibelius) and Saturday, October 2 at 8 pm (Recovered Voices) will take place at the Meyerhoff at their originally scheduled dates and times. BSO at Strathmore ticket holders will be offered comparable seating, and either complimentary parking in Baltimore or complimentary motorcoach transportation from Montgomery County for any performance relocated to the Meyerhoff, or for tickets exchanged for another available Meyerhoff performance for the impacted program. BSO at Strathmore ticket holders will also be offered the opportunity to enjoy the concerts virtually at-home through complimentary livestream access to their impacted program. The BSO’s responsible return policies, including proof of vaccination and masking requirements, apply for all relocated concerts. College students and families in the Montgomery County area are also invited to join the BSO for free September programs at the Meyerhoff and outdoors at The Chrysalis in Howard County on September 17 and 18. All relocated concerts at the Meyerhoff are also available for public sale and weekly performances will be livestreamed at BSOmusic.org/OffStage.

The BSO’s change in venue locations was made to support efforts by Strathmore and I.A.T.S.E. Local 868, the union that represents Strathmore’s Ticket Office employees, to resolve their labor negotiations; and, with these negotiations in mind, to give more time for the BSO and Strathmore to finalize an annual license agreement for the BSO’s 2021-22 season of performances at The Music Center in accordance with the BSO’s own collectively bargained agreements with its musicians (represented by the Musicians’ Association of Metropolitan Baltimore, Local 40-543 A.F.M.) and stagehands (members of I.A.T.S.E. Local 19).

“The BSO is excited to return to The Music Center and to share the experience of our extraordinary Orchestra in our second home with our Strathmore patrons,” said Tonya McBride Robles, BSO Vice President and Chief Operating Officer. “We understand labor negotiations can be difficult for everyone involved, as we have worked diligently to manage relationships with the collectively bargained units within our BSO family, including our musicians and stagehands. While a difficult decision, moving a few performances from Strathmore ensures we can successfully open the subscription season without putting our musicians and crew in a position of deciding whether to cross a picket line. As a Founding Partner, we are committed to continuing collaborative conversations with our partners at Strathmore in good faith as we navigate this situation together, and to making it as easy as possible for our Strathmore ticket holders to enjoy these concerts at the Meyerhoff or on-demand thanks to our new livestream capabilities.”

Strathmore subscribers and ticket holders can make their desired ticket request here and are encouraged to contact Patron Support at 877.276.1444 with any questions.

About the Baltimore Symphony Orchestra
For over a century, the Baltimore Symphony Orchestra (BSO) has been recognized as one of America’s leading orchestras and one of Maryland’s most significant cultural institutions. The orchestra is internationally renowned and locally admired for its innovation, performances, recordings, and educational outreach initiatives including OrchKids.

The Baltimore Symphony Orchestra performs annually for more than 275,000 people throughout the State of Maryland. Since 1982, the BSO has performed at the Joseph Meyerhoff Symphony Hall in Baltimore, and since 2005, with the opening of The Music Center at Strathmore in North Bethesda, MD, the BSO became the nation’s first orchestra performing its full season of classical and pops concerts in two metropolitan areas. More recently, 2020 marked the beginning of a new era of artistry, innovation, stability, and digital accessibility, including the launch of the virtual platform BSO OffStage and a groundbreaking docu-concert series BSO Sessions. More information about the BSO can be found at BSOmusic.org.