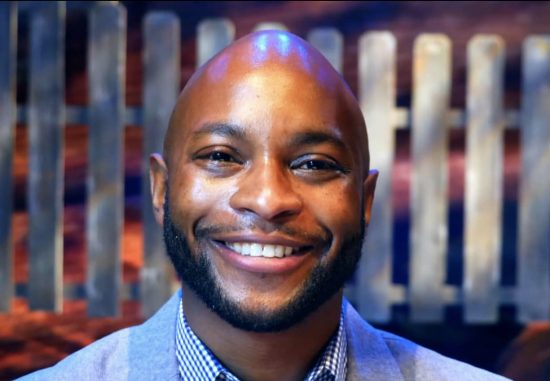 Douglas is a DC-based director, producer, and new play advocate dedicated to creating theater that connects audiences of diverse backgrounds and perspectives. Throughout his career and in this new position, he will create and produce theater that serves as a catalyst to conversation, social change, and community building. He comes to Mosaic after serving as the Associate Artistic Director at Studio Theatre in Washington, DC, and previously as Artistic Producer at City Theatre in Pittsburgh, Penn.

“On behalf of the Board of Directors, we are delighted that Reginald L. Douglas has been chosen to lead Mosaic as its Artistic Director,” said Board President Cathy Solomon. “His fervent love for the theater, combined with his undeniable talent and passion for conversation-sparking work, and dedication to telling urgent and exciting stories, inject new energy to our space. We firmly believe that he is the right person at the right time for Mosaic. I can’t wait to see what he has in store.”

Douglas’ appointment ushers in Mosaic’s next chapter that builds on its strong history of telling stories that speak to the vital, pressing issues of our time and foster space for meaningful dialogue and cross-cultural connections. He joins the team as Mosaic welcomes back audiences in person for the first time after successfully overcoming the challenges brought on by the pandemic.

“I am deeply honored to be named the Artistic Director of Mosaic Theatre Company,” Douglas said. “I am proud to call Washington, DC my home and deepen my commitment to this dynamic arts community by working with this great organization as we create our next chapters together.

Building upon Mosaic’s foundation of community-centered, cross-cultural theater, I look forward to working with our Board and staff to make Mosaic a company that celebrates the rich diversity of thought, creativity, and communities that call DC and the DMV home. Together, we will produce plays and programs – made for and with our community – that ignite thoughtful conversation, center artists and audiences of all backgrounds and neighborhoods, and value empathy, collaboration, and joy as vital to our success. I could not be more inspired and ready to begin this exciting work, using our theater to reflect the world not just as it is, but as it could be.”

Douglas’s firm commitment to equity, diversity, and inclusion, which he has integrated into his work throughout his storied career, strongly aligns with Mosaic’s mission to center voices that are not often celebrated in the American theater. Among his many accomplishments, he has facilitated partnerships with local and national community leaders, universities, and organizations, implemented a discount ticket program for DC residents in collaboration with the DC Public Library, commissioned BIPOC artists to creatively reflect and respond to the Black Lives Matter movement, and developed and led fellowships and training programs for emerging arts leaders at Studio and City, among many more. Douglas uses his artistry as a means of community building and will center robust community engagement programs during his tenure at Mosaic.

“Our goal during the search was to find an Artistic Director whose vision not only aligns with our mission, but also will help to take us to the next level,” said Serge Seiden, Managing Director. “We wanted someone who finds genuine joy in the work that we do inside and outside of the theater. Community dialogue and engagement are core to Mosaic; what the audience sees on the stage must follow them out the doors and open lines of communication with their neighbors, our larger DC community, and the world.”

A nationally recognized leader in new play development, Douglas has directed new and contemporary plays, musicals, and multimedia work by a diverse cadre of emerging and established writers, including Pulitzer Prize-winner Lynn Nottage, MacArthur Fellow Dominique Morisseau, Angelica Chéri, Brian Quijada, Jen Silverman, Kemp Powers, Khalil Kain, Cori Thomas, and Matt Schatz, whose musical, An Untitled New Play by Justin Timberlake, Reginald will direct this fall, and many others. His passion and acumen for both new work and re-investigating the classics have led him to theaters across the country, including directing work at Eugene O’Neill Center, TheaterWorks Hartford, and many others. His critically acclaimed ensemble production of Dael Orlandersmith’s play Until the Flood was hailed as “an innovative adaptation” by The Washington Post in 2021, and his recent work on One Room at Weston Playhouse was named a New York Times Critic’s Pick.

As a producer, Reginald has developed, dramaturged, and produced over 75 plays, musicals, and multimedia projects, including collaborations with writers including Pulitzer Prize-winner Martyna Majok, Isaac Gomez, Stephen Belber, Kimberly Belflower, Sharon Washington, and Lauren Yee, and acclaimed directors such as Chay Yew, Sheryl Kaller, Marti Lyons, Jade King Carroll, and Adrienne Campbell-Holt. Reginald currently serves on the Executive Committee of the Board of Directors of the National New Play Network and on the faculty of his alma mater, Georgetown University, where he will soon direct students in a production of Lynn Nottage’s Sweat. A proud member of Stage Directors and Choreographers Society, Reginald was the recipient of the National Theatre Conference’s 2020 Emerging Professional Award.

“Mosaic has made a spectacular choice in Reg as its new Artistic Director,” said Andrew W. Mellon Foundation Playwright in Residence Psalmayene 24, “Reg is a first-rate theatre mind, a gifted producer, a staunch advocate for artists and audiences, and a man with moral courage. Reg epitomizes the type of leader the American theatre requires in this new cultural era. This is a wildly exhilarating moment for the entire Mosaic family!”

“I am thrilled for The Mosaic Theatre Company and for the Washington, DC theater community that Reginald L. Douglas has been selected to be Mosaic’s new Artistic Director,” said legendary director and playwright Emily Mann, former Artistic Director of McCarter Theatre Center. “Reginald L. Douglas is a visionary— a bridge builder, a community builder, and a real artist.”

ABOUT THE MOSAIC THEATER COMPANY OF DC

Mosaic Theater Company of DC is committed to making transformational, socially relevant art, producing plays by authors on the front lines of conflict zones, and building a fusion community to address some of the most pressing issues of our times. Free public programming and educational initiatives complement our productions. Mosaic is dedicated to making our theater a model of diversity and inclusion on stage and off.  We strive to foster a culture of listening and welcoming, embracing complexity and a multi-focal perspective. More information at www.mosaictheater.org.