‘A Quick 5’ with Michael Blum, Director of ‘Much Ado About Nothing’ at Spotlighters Theatre 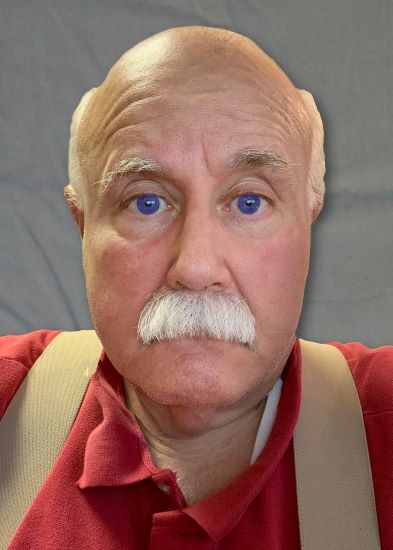 Michael Blum, director of “Much Ado About Nothing” at Spotlighters Theatre.

Shakespeare wrote “Much Ado About Nothing” in 1598, and it has become one of his most revered comedies.  “Nothing” in Elizabethan days meant “Noting” and refers to gossiping and eavesdropping. Like many of his plays, there are two sets of lovers. In this case, they are Hero and Claudio—and Beatrice and Benedick. As with most Shakespeare plays, there will be many misunderstandings, disguises, and sexual innuendos.

Spotlighters Theatre’s production returns us to Messina but with “an Edwardian, Steampunk visualization that brings the over-the-top characters and their actions to life.” Michael Blum is the director, editor, adaptor, and sound designer. He also created the masks and stage properties and with Alan Zemla who designed the sets and photomurals. Technical direction is by Zemla and lighting design is by Albert Ramer. Julia Golbey created the costumes, wigs, and makeup. Brandon Shaw McKnight is the choreographer and Mark Merryfield is the stage manager. Fuzz Roark and the Spotlighters Theatre are the executive producers.

Michael Blum previously directed “The Threepenny Opera,” “A Sensation Novel” and “Lysistrata”(with Darlene Harris) at Spotlighters, and was a member of the casts of “Jekyll/Hyde” and “Evita.” He was the former director of the Marjorie Lawrence Opera Theater (Carbondale, Illinois) and co-founder of the Young Victorian Opera Company (Baltimore). He has staged, translated, conducted, performed, and produced well over 100 plays, musicals, operettas, concerts, and operas in Maryland, Pennsylvania, and Illinois. As a director, Michael is most fond of “Carmen” and “A Sensation Novel.” As a designer, he treasures the memory of “The Consul” and “HMS Pinafore.” As an actor, he is proud to have played Miles Gloriosus in “A Funny Thing Happened on the Way to the Forum,” Milt Manville in “LUV,” and Lord Fancourt Babberly in “Charlie’s Aunt.” Michael’s production of “Dogfight”at Spotlighters was canceled by the pandemic less than a week before it was scheduled to open. “Much Ado About Nothing” is truly his return to the bright lights of the theatre!

I was born in Boston, because my parents were college students at the time. My father’s family settled in Baltimore in the 1890s, and we are still here. I grew up in Mt. Washington and attended PS 221 on Sulgrave Avenue. I enrolled at Gilman starting in 1965 and graduated in 1971. I am a graduate of Haverford College, Southern Illinois University, and the University of Maryland School of Law. I studied voice, acting, staging, directing, design, orchestral conducting, and picked up a lot of very useful production skills by running several performing arts groups, including the Marjorie Lawrence Opera Theater and the Young Victorian Theater Company (of which I was a co-founder).

You stated this production takes place in a Regency-era Steampunk Universe. Can you explain that further?

“Noting” or “nothing” was Elizabethan slang for means gossip, rumor, and eavesdropping, and the play is well-named because witty banter, secrets, and trickery form a backbone of comedy and intrigue. “Much Ado About Nothing” also includes songs and a formal Renaissance masque.

Shakespeare knew as much about Renaissance Sicily as he knew about life on the moon. His 15th century Italians, Sicilians, and Aragonese make frequent references to 16th century English society and customs, and the local Night Watch is straight out of the rural Stratford-on-Avon of his youth.

So, to give the action a suitably fantastic, yet visually appealing, foundation (one that makes the war-and-peace setting believable), this production visually adopts the aesthetic of late-Regency Steampunk, complete with wild masks, futuristic steam-powered weaponry, and outrageous fashions and accoutrements to breathe life into the over-the-top dialogue and emotions of all the characters.

“Steampunk” is a style that assumes there was no electrical engine development. All is steam or coal-powered, clock-work, mechanical and spring-powered, including hot-air flying machines. This eclectic style fits Shakespeare’s “never-never-land” very well, because, just as in the text of his plays, “anything goes!”

How does directing Shakespeare differ from directing modern plays? How is it the same?

Truth on the stage is the same thing for all eras, but performing a play written in 1598 presents a special challenge because Shakespeare’s vocabulary is, at time, extremely dense, and his love of elaborate, verbal conceits and tropes makes for some very long and intricate speeches. It is the director’s task to make sure all the actors understand these characters—what they are saying and why, and that’s not an assumption easy to make in these post-COVID times!

Would you rather perform, conduct, or direct and why?

What a question! I would rather conduct, I think, more than anything else because conducting a live theatrical/musical/operatic performance is both a musical and a theatrical feat. It calls for total immersion to keep the ensemble going and the work alive. Such opportunities are not easy to realize, and so I find great satisfaction in directing plays, musicals and operas, and occasionally taking roles appropriate for an aging tenor.

If you had to pick a favorite production in which you were involved, which would be your favorite(s) and why?

I get asked this a lot! I’ve been involved in theatre for over 50 years, so it’s hard to pick ONE or even a FEW favorite productions. The Marjorie Lawrence Opera Theatre production of Poulenc’s “Dialogues of the Carmelites” in 1978 was an enormously satisfying creative success. My production of Bizet’s “Carmen” in 1983 was also one of my favorite memories (the grandest of grand productions!) My production of “A Sensation Novel” (originally by W.S. Gilbert and T. German Reed) at Spotlighters in 2015 stands out, because it was the New World premiere of this 1871 work. The result of a wonderful collaboration with the brilliant musician and accompanist, Erica Rome, and the best cast and production staff that Spotlighters could assemble, plus a substantial new score by the British composer Mike Nash. My summer stock shows, involving me mostly as an actor, always bring back good memories and smiles, perhaps none so broad as that associated with “The Passion of Dracula” at Summer Playhouse in Carbondale, IL in 1980 and Gilbert & Sullivan’s “Patience” in Camp Hill, PA in 2013.

“Much Ado About Nothing” is running January 21-February 7, 2022 at Spotlighters Theatre, 817 St. Paul Street, Baltimore, MD 21202. For tickets and information, go to their website.