“A Quick 5” with T. Herbert Dimmock, Bach in Baltimore’s Founder and Musical Director 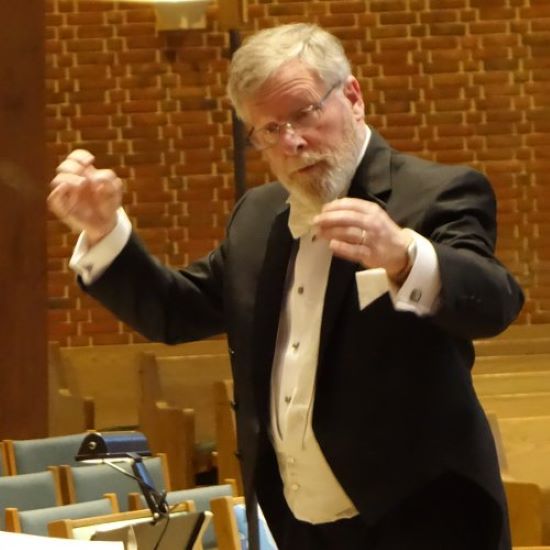 This special performance can be seen in person or live-streamed, not allowing the pandemic to stop anyone from listening to wonderful classical music.

Some consider Bach’s “B Minor Mass” the “crown jewel in the composer’s oeuvre.” This work is an example of Bach’s artistic talents not only as a composer but as a musician as well. “It is a grand synthesis of his every musical innovation and contribution.” The piece was begun when Bach first began composing but was not completed until late in his career, when he already had gone blind. Sadly, he never had a chance to hear his masterpiece which has elements from both Lutheran and Catholic masses.

To give us a little more insight into the production, I had a chance to ask Maestro Dimmock some questions about the concert and about coping with the pandemic.

T. Herbert Dimmock is considered one of the foremost Baroque experts in the country. His conducting credits include nearly all the oratorios and anthems of Handel and all the major Bach works plus 160 Bach Cantatas. He has conducted the music of Bach in the U.S., Germany, Canada, and England, working with many of the world’s most accomplished singers and instrumentalists. Maestro Dimmock is also an accomplished organist, having played recitals at many of the world’s most prestigious sites. In addition to his work as founder and music director of the Bach Concert Series, Dimmock has served as music director of St. Stephen’s Episcopal Cathedral in Harrisburg, PA for five years, retiring in the fall of 2018, as well as the choir director at Chizuk Amuno Synagogue in Pikesville, MD.  Other past church posts include The Cathedral of the Incarnation (Episcopal) and First English Lutheran Church—both in Baltimore—and The Handel Choir of Baltimore where he was music director for 25 years and is now honored with the title of Music Director Emeritus.

Maestro Dimmock has a B.A. from Davidson College, an M. M. from Peabody Conservatory, and extensive continuing educational credits at universities in the U.S. and Germany. He has served as part time faculty at Johns Hopkins University and the College of Notre Dame. Honors include commendations from the State of Maryland, a “Baltimore’s Best” award, and serving on task forces in the arts for the Governor of Maryland and the Pew Trust in Philadelphia.

He states that “Even as a child, I felt a calling to be a musician. I began singing in choir at church and studying piano at age six. By the time I was in high school, I was subbing for our church organist in worship services and accompanying choirs in both school and church.

For me, the hymn writer got it exactly right when he said:  ‘how oft in making music have we found, a new dimension in the world of sound, as music brings us to a more profound alleluia. In a nutshell, that sums up how I feel. I have been blessed with many superb opportunities to study music, perform music, and work with others in the making of music. Those opportunities deepen my understanding of humanity, our understanding of God, built bridges between people, and brought me closer to those around me.”

If you could get a chance to ask Bach one question, what would you ask him?

What was your “process” for composing music; from where did the inspirations flow?

Besides Bach’s “B Minor Mass,” which of his compositions is your favorite?

I particularly love ‘Cantata 140 (Wachet auf) the First Orchestral Suite,” the two “Passions,” several of the large organ works, and the “Brandenburg Concertos.” But in truth, it is like having children—no one is your favorite.

What do you want your audience to take from this performance?

That Bach’s “B Minor Mass” magnificently explores the universal human longing for peace and the brotherhood of all. The “B Minor Mass,” while ostensibly a religious work, is perhaps best understood as a universal statement of that human search. I hope that the audience sees more fully why the “B Minor Mass” is considered by many people to be the greatest piece ever written. I also hope that the music is uplifting so that those who hear the concert leave “better” than when they arrived.

Are you making any special modifications in the orchestrations to accommodate the virtual viewers?

We have striven to make the virtual viewers have as strong an experience as those who attend in person. Technically, we have purchased a great deal of the finest cameras and microphones available to assure that goal is achieved. We also work with experts based in NYC who handle the mixing for us in real time. As for the performing forces [choir, soloists and orchestra], we have made no alterations. We are socially distancing from the audience and to help assure the safety of all, everyone in the building will be fully vaccinated.

Our last interview was before Covid. How has the pandemic affected you personally?

Covid shut down in-person music-making for Bach in Baltimore for 17 months. To keep our organization strong, we took several important steps. We recorded and put online 35 interviews, short performances, and explorations of Bach’s musical language as found in specific pieces of his music. Importantly, Covid taught me the amazing, humanizing power of making music together.

J.S. Bach’s “B Minor Mass” will be presented in person on Sunday, February 6, 2022 at 4 p.m. at the Maryland State Boychoir Center for the Arts, 3400 Norman Avenue, Baltimore, MD 21213. The performance will also be live-streamed and on-demand on a “pay what you can” basis starting at $20. For more information, click here. In person tickets and virtual concert tickets are available now.