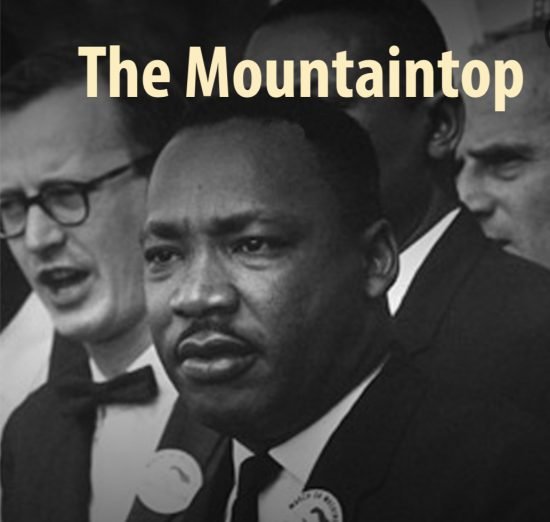 Washington, D.C. – Due to the ongoing surge of COVID-19 cases in the D.C. region, all performances of The Mountaintop are canceled, January 21 through February 13, 2022. Directed by Nicole A. Watson, the production was to feature KenYatta Rogers as Martin Luther King, Jr., and Shannon Dorsey as Camae.

The next scheduled Ford’s Theatre production is the world-premiere musical Grace, celebrating African-American food, family and tradition, March 18 through May 14, 2022.

“The highly contagious Omicron variant, along with anticipated staffing shortages related to the status of the pandemic and the notable audience hesitancy for January and February performances have created a perfect storm at this time,” said Ford’s Theatre Director Paul R. Tetreault. “This is not a decision that was made lightly. We continue to evaluate our programming schedule and prioritize the health of our audience, artists, staff and volunteers. We feel this is the necessary call to make given the ongoing issues that the current health crisis presents.”

Those who purchased tickets to The Mountaintop directly through Ford’s Theatre should email boxoffice@fords.org or call (888) 616-0270 to exchange into an upcoming performance of the new musical Grace (March 18-May 14, 2022) or convert their tickets into a gift certificate for future use. Those unable to exchange may consider donating the ticket value back to the Theatre (fully tax-deductible) or receive a refund. For tickets purchased through any other outlet, please contact the outlet directly.

Through February 2022, Ford’s Theatre and museum are open for daytime visitation Wednesday through Monday, closed only on Tuesdays. The Petersen House and Aftermath Exhibits remain closed during our current reopening status. Advance tickets are recommended. Face masks are required for all, regardless of vaccination status. Full details on daytime visitation and current safety measures are available online  here.

The Mountaintop
By Katori Hall; Directed by Nicole A. Watson
Full Run Canceled: January 21-February 13, 2022
On April 3, 1968, after delivering one of his most memorable speeches, an exhausted Dr. King retires to his room at the Lorraine Motel while a storm rages outside. When a mysterious stranger arrives with some surprising news, King is forced to confront his destiny and his legacy to his people. Directed by Nicole A. Watson, the production was to feature KenYatta Rogers as Martin Luther King, Jr., and Shannon Dorsey as Camae.