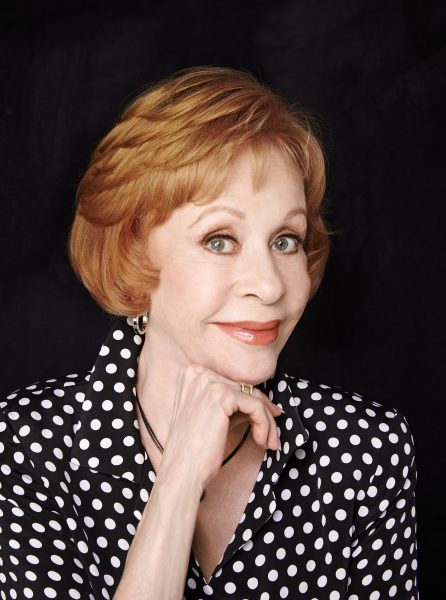 “Carol Burnett is a multitude of talents. I congratulate all of them.”  – Stephen Sondheim

Arlington, VA – On May 16, 2022, Virginia’s Tony Award®-winning Signature Theatre will honor Carol Burnett with the company’s eleventh Stephen Sondheim Award. The Stephen Sondheim Award will be presented at a black-tie Gala Benefit and will benefit Signature Theatre’s artistic, education, and community programs. More information can be found online at SigTheatre.org/Support/SondheimGala.

“With her love of musical theatre both on the stage and on her own show, it is more than fitting that Carol Burnett receive the Stephen Sondheim Award,” said Signature’s Managing Director Maggie Boland. “We are grateful to have this opportunity to raise much-needed resources for Signature by bringing our community together to honor her legendary talent.”

“She is the final honoree to be chosen personally by Mr. Sondheim before his passing,” noted Signature’s Artistic Director Matthew Gardiner, “and he greatly admired how she has brought the arts to millions of people through her comedy and artistry.  We look forward to celebrating her extraordinary career this spring.”

Carol Burnett has been honored with Emmys, Golden Globes, People’s Choice Awards, the Horatio Alger Award, an Ace Award, the Peabody, and a Grammy. The Carol Burnett Show ran for 11 years, averaged 30 million viewers per week, and received 25 Emmy Awards, making it one of the most honored shows in television history. On Broadway, Carol Burnett originated the role of Princess Winifred in Once Upon A Mattress and appeared in Stephen Sondheim’s musical revue Putting It Together; Fade Out, Fade In; Moon Over Buffalo; Love Letters and wrote Hollywood Arms with her daughter Carrie Hamilton.

Table sponsorship for the 2022 Sondheim Award Gala ranges from $12,000 to $100,000 and includes rewarding, year-long visibility and entertainment benefits. Individual tickets are $1,200. For more information about sponsorship and tickets contact Ashley Richardson, Donor Services Manager at 571-527-1828 or events@sigtheatre.org.

The Sondheim Award Gala is sponsored in part by The Boeing Company.

An award-winning comedienne, actress, and author, Carol Burnett is one of America’s most cherished entertainers. With a career spanning seven decades, Ms. Burnett is widely recognized for her performances on television, film, and Broadway, most notably her groundbreaking work on The Carol Burnett Show. Named in 2007 by TIME magazine as one of the “100 Best Television Shows of All Time,” The Carol Burnett Show ran for 11 years, averaged 30 million viewers per week, and received 25 Emmy Awards, making it one of the most decorated and best loved shows in television history.

Throughout her career, Ms. Burnett’s work has been honored with multiple Emmy, Golden Globe, and People’s Choice Awards, the Horatio Alger Award, an Ace Award, a Peabody Award, and a Grammy Award. Her peers have celebrated her outstanding legacy with two Lifetime Achievement Awards—one from the Screen Actors Guild in 2016, and another from the Golden Globes in 2019. Her contributions to American culture have been honored on the national level through the Kennedy Center Honors (2003), the Mark Twain Prize for American Humor (2013), and the Presidential Medal of Freedom (2005).

Born in San Antonio, Texas in 1933, Ms. Burnett was raised in Hollywood by her mother and grandmother. After receiving an anonymous donation of $50 to pay her college tuition, Ms. Burnett enrolled at UCLA and discovered acting while studying journalism.

Following college, she moved to New York City where she soon teamed up with other aspiring actors, writers, and composers to stage a musical review. The performance led to several summer stock offers as well as steady work on the Winchell-Mahoney Show. Following appearances on The Jack Paar Show and The Ed Sullivan Show, Ms. Burnett became a permanent cast member on The Garry Moore Show in 1959 and landed the lead role of Princess Winifred in the original Broadway production of Once Upon a Mattress, for which she received her first Tony Award nomination.

Following the success of The Carol Burnett Show, Ms. Burnett produced and starred in several television specials, working with performers including Beverly Sills, Dolly Parton, and Julie Andrews. She also appeared as a guest star on numerous series, including Glee, Hot in Cleveland, Hawaii 5-0, and Law and Order: SVU. In 2005, Ms. Burnett returned to her Once Upon a Mattress roots, appearing in a television special of the musical as the evil Queen Aggravain.

Ms. Burnett’s numerous film credits include Miss Hannigan in Annie, directed by John Huston; Noises Off, directed by Peter Bogdanovich; A Wedding, directed by Robert Altman; and Four Seasons, directed by Alan Alda. On Broadway, she appeared in Fade Out, Fade In; Stephen Sondheim’s musical revue Putting It Together; and Moon Over Buffalo, for which she received a second Tony Award nomination. She recently starred in A.R. Gurney’s Love Letters (2014), opposite Brian Dennehy.

Beyond her illustrious acting career, Ms. Burnett is also an accomplished writer. Her books include the New York Times bestsellers One More Time, This Time Together: Laughter and Reflection, Carrie and Me: A Mother-Daughter Love Story, and In Such Good Company: Eleven Years of Laughter, Mayhem, and Fun in The Sandbox, which won the 2016 Grammy Award for Best Spoken Word Album. With her daughter Carrie Hamilton, she wrote the play Hollywood Arms, which premiered at Chicago’s Goodman Theatre in 2002 before transferring to Broadway under the direction of the legendary Hal Prince. Sadly, Carrie passed away due to complications from lung cancer several months prior to the premiere.

Ms. Burnett’s recent projects include the much-anticipated release of the first five seasons of The Carol Burnett Show on DVD, the development of Sunrise in Memphis, a feature film based on an unfinished story by her late daughter Carrie, the 50th anniversary special of The Carol Burnett Show, which aired on CBS last December, and a new family-friendly Netflix show, A Little Help with Carol Burnett.

As a passionate supporter of the arts and education, she has endowed several scholarships, including the Carol Burnett Musical Theatre Competition at her alma mater, UCLA, and established the Carrie Hamilton Foundation to honor her daughter’s memory.

ABOUT THE STEPHEN SONDHEIM AWARD

The award, established in 2009, is given to an individual for his or her career contributions to the American Musical Theatre along with interpreting, supporting, or collaborating on works by Sondheim. To date, Signature has presented 31 Stephen Sondheim productions, more than any other theatre in the United States.

Signature Theatre is a Tony Award®-winning regional theater that broadens and brightens the region’s cultural landscape with its bold productions of challenging new and established works and engaging education and outreach programs. Founded in 1989 by Eric Schaeffer and Donna Migliaccio, and currently under the leadership of Managing Director Maggie Boland and Artistic Director Matthew Gardiner, musical theater is Signature’s “signature,” and the Theatre is renowned for its definitive Sondheim productions, inventive adaptations of overlooked or forgotten works, and investment in fresh new projects. Signature combines Broadway-caliber productions with intimate playing spaces and aims to be a leading force in U.S. musical theater.

Since its inception, the Theatre has produced 59 world premiere works—including 19 new musical commissions. Signature opens its doors to more than 100,000 people annually from the Washington, DC region and beyond and reaches more than 10,000 students every year through its innovative education programs, including the award-winning initiative Signature in the Schools. Signature has won 134 Helen Hayes Awards for excellence in the Washington, DC region’s professional theater and has been honored with 452 nominations.