‘A Quick 5’ with Anthony Barrese, Conductor of Baltimore Concert Opera’s Full Staging of ‘The Barber of Seville’ 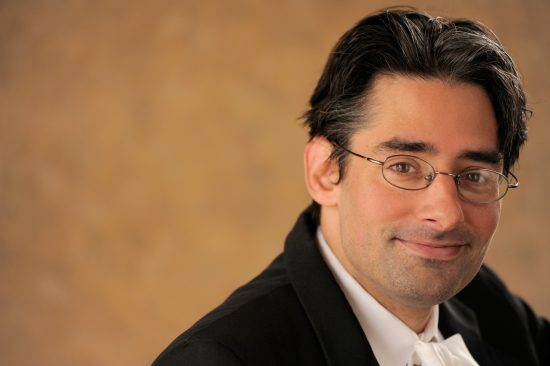 “The Barber of Seville” is Baltimore Concert Opera’s (BCO) first, fully-staged production with orchestra and the first opera of its kind to be done in Baltimore since 2016. After thirteen years of artistic and fiscal success, BCO decided to add full productions to their already successful programming of concert operas and Thirsty Thursdays at the Opera series.

Conducting this opera is Anthony Barrese. He has earned accolades as both a composer and a conductor and the recipient of the 2007 Georg Solti Foundation U.S. award for young conductors. His original works have won numerous awards, and he is regularly engaged by opera companies in North America and Italy. Currently, Mr. Barrese works as a freelance composer and conductor. He has led several productions with Sarasota Opera (“Lakmé,” “Le nozze di Figaro,” “Hansel and Gretel”), and with Opera Southwest (“Le nozze di Figaro,” “Die Fledermaus,” “La cenerentola”) where he is Artistic Director and Principal Conductor. He was the assistant conductor of the Dallas Opera in 2006-2007 and returned there as a guest conductor for a production of “Tosca” in 2008, and in 2015 for “La Wally.”

He made his operatic conducting debut in Milan with “La bohème” and recorded Roberto Andreoni’s “quattro luci sul lago” with I Solisti della Scala (a chamber group made up of the first chair musicians of the La Scala Philharmonic) for broadcast on Italian National Radio (RAI 3).

Mr. Barrese is the recipient of numerous composition awards including a N.E.C. Contemporary Ensemble Composition Competition Award for his “Madrigale a 3 voci femminili,” and two B.M.I. Student Composers Awards. As a musicologist, Mr. Barrese rediscovered, prepared, and edited the critical edition of Franco Faccio’s opera, “Amleto,” in conjunction with Casa Ricordi.

As Artistic Director of Opera Southwest, he has performed Rossini’s “Otello” with the American staged premiere of the “finale lieto,” and in 2014 he lead the new World Premiere of “Amleto,” not heard anywhere since 1871. In the 2015-16 season, Mr. Barrese led a “Return of Rossini” festival at OSW, as well as a production of “Norma” at Florida Grand Opera. As Music Director of Opera Delaware he conducted the west coast premiere of “Amleto” in 2016, and the company premiere of Rossini’s “Semiramide” in 2017.

Tell us a little about your background.
I was born and raised just outside of Chicago, got into music at an early age, played trombone in third grade, then piano and guitar, and eventually studied composition. I was in Europe on scholarship to study abroad in school and I started conducting more there, and that’s how I got into conducting opera.

Do you prefer conducting or composing?  Do you have a favorite opera?
I prefer composing. I think I’m good enough at conducting to make a living at it, which is good because it’s very hard to make a living as a composer! When I think of my identity, I call myself a musician first. And then everything else: composer, conductor, musicologist. They all fall into different levels of importance for me.

I have several! Probably the bread and butter one is “La Boheme.” But also “Boris Godunov,” “Tristan and Isolde”…there are lots of them!

What has been your greatest challenge so far? With all of your accomplishments, what are your goals for the future?
My greatest challenge has been that as my career picked up, I had to get quicker at studying music. At the very beginning of my career, I would have a whole year to prepare a score. And now, if a gig comes in and I need to learn something in three months, that’s much harder—learning something quickly, but also thoroughly.

I want to introduce the public to more important works of the 19th century, works that were hugely popular in their time, and for whatever reason disappeared off the face of the earth. Like we did with Franco Faccio’s “Amleto” [Hamlet] at Baltimore Concert Opera in 2014 and OperaDelaware in 2016, and with “Ali Baba” at Opera Southwest in 2019. I want to uncover more works by composers like Giovanni Pacini who wrote 70 plus operas, and nobody knows a note of his music anymore. I want that to be my legacy in the opera world.

What is it like to help BCO take the next bold step in mounting it’s first fully-staged opera—and at the same time bringing opera back to Baltimore after six years?
I think it’s really exciting because it’s something we talked about at the very beginning of BCO, in which I was involved. I conducted “Don Giovanni,” BCO’s first opera in 2009. To do this fully-staged “Barber” is so great. I’ve conducted it five times before. Our cast here is wonderful, and I think this is the perfect kind of opera to do in different venues. I’ve heard legends about the operas that used to be performed in Baltimore years ago. To be part of bringing that back is very exciting. Baltimore is a fertile ground for opera.

Why is “Barber” the perfect opera for BCO to start their new chapter?
It’s just a perfect opera in general! For a first-time opera-goer, it’s has tunes which are recognizable even if you’ve never heard an opera before. In this production, there is an element of flexibility in our staging, musicianship, and artistry, all of which we are really encouraging on a creative level with the artists. Because we’re doing it in two different venues (BCO and OD), we can experiment in some really fun ways. It’s going to be great!

Rossini’s “The Barber of Seville” will be performed on February 18, 2022 at 7:30 pm and February 20, 2022 at 3 pm at Stephens Hall on the Towson University campus, 7900 Stephens Ave, Towson, MD 21204 campus. For more information and tickets, go to this link. All attendees will be required to show proof of vaccination upon arrival.

The performance will be sung in Italian with English supertitles. The opera will run approximately three hours.This is a co-production of Baltimore Concert Opera and OperaDelaware. Directed by Octavio Cardenas with production design by Papermoon Opera Productions. All artists and staff are fully vaccinated against COVID-19.