‘A Quick 5’ with Dr. Harry Kantrovich, Playwright and Director, World-Premiere of ‘SHOAH’ at Fauquier Community Theatre 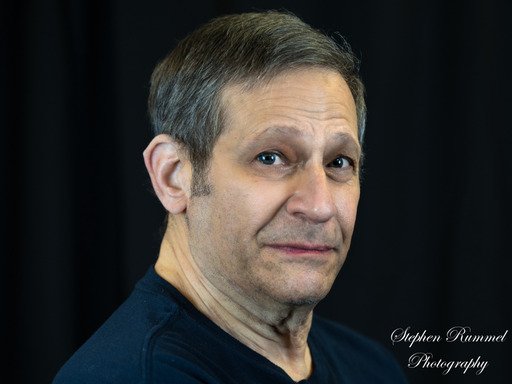 Fauquier Community Theatre presents the world premiere of “SHOAH,” adapted for stage by Dr. Harry Kantrovich from Claude Lanzmann’s documentary about the Holocaust. The production opened on January 21, 2022 and continues through February 6, 2022 in Warrenton, VA. The stage adaptation of Lanzmann’s documentary highlights his interviews and reflections from survivors, witnesses, and perpetrators. The play consists of six vignettes representing death camps, towns, and ghettos: Chelmno, Auschwitz/Birkenau, Sobibor/Vilna Ghetto, Treblinka, Berlin, and Warsaw. Twenty-three actors, led by Michael Clendenin in the role of Claude Lanzmann, portray real-life individuals from the Holocaust. In between vignettes, photographs from the locations of the concentration camps are projected on the stage. A cellist and violinist perform music written by Jewish prisoners during the Holocaust.

Dr. Harry J. Kantrovich is the director and wrote the script for this world premiere production. Harry is a retired Navy Command Master Chief who has been involved with theatre for over 50 years, acting and directing in community and professional theatre, locally and throughout the Midwest and England. He is a defense consultant with Pinao Consulting and has been an advisor to many community and professional theatres.

Tell us about your background and involvement in theater. What have been some of your favorite roles?
I am a retired Navy Master Chief Petty Officer who has been involved in the theatre since 1971.  I have a BA in Speech and Drama and a Doctor of Education (EdD). My theatre career has taken me throughout the Midwest, the DMV area, and Europe as a professional, community, and college actor and director.  I stopped acting about seven years ago after a series of vocal surgeries.

There are so many great shows and roles that I have been blessed with. The Ragpicker in “Madwoman of Chaillot,” who speaks to the social injustices of the world; Rudolph Peterson, a Nazi sterilization victim and witness in “Judgment at Nuremberg;” and Macduff in “Macbeth” are a few that stand out.

What does “SHOAH” mean? What was the inspiration for the play and for you personally to write and direct this production?
The actual meaning is Hebrew signifying “Utter Destruction,” now referred to as The Holocaust. My inspiration is and was family members lost in the Holocaust and the family and friends who were survivors. I could never get the entire story, but I was very young. The one thing I noticed from all of the survivors was the never-ending pain that was in their eyes. I saw the documentary right after it came out. I knew it needed to be a staged production, but not sure how. Years down the road, and after a few years of research, I was able to take pertinent interviews and reflections from the documentary and turn it into an authentic, but timely production.

Talk about your partnership with Don Richardson and how Fauquier Community Theater was chosen for this world premier.
Don Richardson is my producer, my friend, and my rock. I first met Don as an actor in a production of “Judgment at Nuremberg” I was directing for another theatre group in Virginia. After one of the performances, Don introduced me to the artistic chair, Sheryl Solow. I was originally to direct a musical for FCT (which is not my forté.) I proposed “SHOAH” to Sheryl and the Artistic Committee and spoke with Executive Director Debra Smyers, who brought it to the board. The next thing I knew, my dream was becoming reality after being turned down by other theatres. I did in all honesty have a couple of equity theatres who wanted to premiere “SHOAH,” but having started in community theatre, a community theatre deserves my loyalty, and FCT is that community theatre. They will also be premiering my next production sometime in 2023 which is in collaboration with Mr. Tom Brokaw, “The Greatest Generation Speaks.”

Talk about the significance of the music in this production and who is involved.
The music ties SHOAH’s scenes or vignettes together. It is like having another actor on the stage (along with the designated projections for each vignette). This music was written by the Jews that were imprisoned in the death camps and ghettos. For those that never made it out alive, the music is their gift, their legacy to the world. If, as an audience member, the music does not have a profound impact on you, you are attending the wrong show. Every performance impacts the cast and creative team.

Tell us why January was important for the opening of this production. Do you feel “SHOAH” is timely and has an important message given the socio-political issues in this country over the past several years?
January 27th is International Holocaust Remembrance Day. Many Jews look at January as Holocaust Rememberance Month. Of course SHOAH sends a message as a reminder of today’s socio-political environment, but really it is no different than the environment or the issues over the last 80 years. They are just more in the forefront now. The hate groups have no issues in hiding now—they are welcomed by a percentage of society and politicians. What bothers me is that educators are being censured by what they can teach and what books are on shelves. We are going back to the days of 1938-39 censorship by the Nazis in Europe. Will the Holocaust be forgotten? Not if I can help it. My goal in life is to educate through theatre.

Performances of “SHOAH” take place on Fridays and weekends through February 6, 2022 at the Vint Hill Theatre on the Green located at 4225 Aiken Drive, Warrenton, VA. Friday and Saturday performances are at 7:30 pm, Sunday matinees are at 2 pm.

Tickets for reserved seating are available

here (students and seniors $16, adults $18) or by calling 540-349-8760. Some complimentary tickets are available for high school students by emailing tickets@fctstage.org.

Founded in 1978, Fauquier Community Theatre is a non-profit charitable organization, supported in part by the Virginia Commission for the Arts and the National Endowment for the Arts.