‘A Quick 5’ with Playwright R. Eric Thomas About His Trifecta of World Premiere Plays in Philadelphia and Baltimore 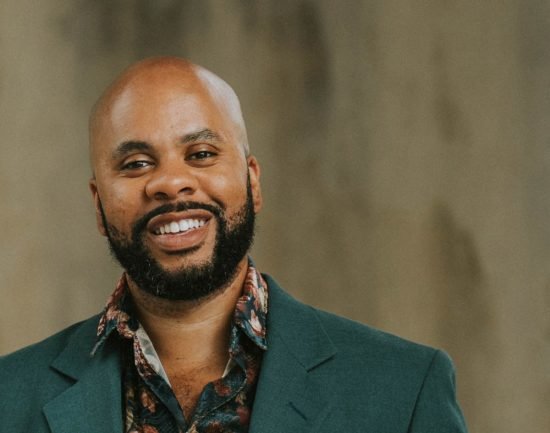 We interviewed R. Eric Thomas last August when his ‘Time Is On Our Side’ was being presented by Perisphere Theatre. Since then, he has been a very busy man. Thomas has three world-premiere plays debuting in the Mid-Atlantic area. It was time to catch up with him again.

“There is nothing that I love more than sitting in a theater with other people, laughing in unison, understanding the world anew, feeling our hearts beat as one,” Thomas says. “It’s been so long since we’ve been able to gather like this and I’m so excited that my first world premiere plays back will be in my home cities of Baltimore and Philadelphia. Each of these plays was written specifically to be enjoyed as live theater—whether in person or on live streaming—but they all also incorporate the love that I and so many others have for pop culture—the shows we watch over and over again, the songs we always request on the radio, the romcoms that never fail to make us swoon. These are plays of our moment, all the good that we have the potential for and all of the complexity that we’re facing together. And what better way to face our reality than with theater?”

Celebrated humorist, television writer, playwright, and national bestselling author R. Eric Thomas is returning to his roots as an award-winning playwright in 2022. The mind behind Here For It, or, How to Save Your Soul in America (Ballantine Books), an August 2020 Read with Jenna club pick as featured on Today, and Reclaiming Her Time: The Power of Maxine Waters co-authored with Helena Andrews-Dyer (Dey Street Books), will debut three world-premiere plays at a variety of professional regional theatre companies along the Mid-Atlantic region. Already an established, critically-acclaimed playwright and television writer (AppleTV+’s Dickinson, FX’s Better Things), Thomas hopes that these three productions will provide audiences with the opportunity to experience the joy of live theater while safely coming together to enjoy great stories.