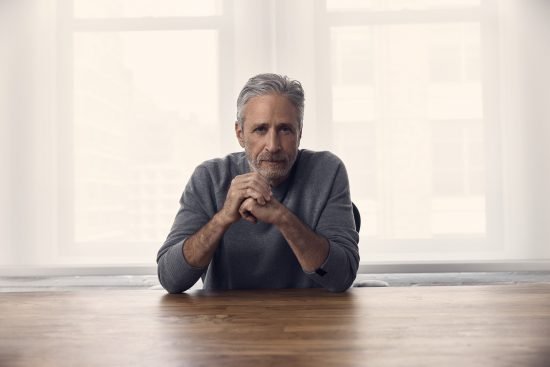 (WASHINGTON)—A lineup of leading performers, including Samantha Bee, Steve Carell, Dave Chappelle, Stephen Colbert, Pete Davidson, Jimmy Kimmel, Olivia Munn, Trevor Noah, and others will salute Jon Stewart at the 23rd annual Kennedy Center Mark Twain Prize for American Humor on Sunday, April 24, 2022 at 8 p.m. With music direction by Gary Clark, Jr., the program, paying tribute to the humor and accomplishments of Stewart and featuring a host of his admirers, friends, and collaborators, will be recorded by WETA Washington, D.C. and air on PBS stations nationwide on June 21, 2022 at 9 p.m. ET (Check local listings.) Artists are subject to change, and additional talent will be announced at a later date.  A limited number of sponsorship packages are still available for the Mark Twain Prize for American Humor and start at $600 for the cocktail reception and performance, and $1,300 for the cocktail reception, performance, and post-concert party, among other perks and benefits. Sponsorship packages can be reserved online or through the Development Office by emailing mtp@kennedy-center.org.

Capital One is the Presenting Sponsor of this year’s Kennedy Center Mark Twain Prize for American Humor. The sponsorship is an extension of Capitol One’s three-year, $3 million gift to fund Comedy at the Kennedy Center, a signature program at the Center focused on elevating comedy as an art form and uniting the community through laughter. The event is chaired by Ilene R. Baylinson.

The Mark Twain Prize for American Humor recognizes individuals who have had an impact on American society in ways similar to the distinguished 19th-century novelist and essayist Samuel Clemens, best known as Mark Twain. As a social commentator, satirist, and creator of characters, Clemens was a fearless observer of society, who startled many while delighting and informing many more with his uncompromising perspective on social injustice and personal folly.

The 23rd annual Mark Twain Prize for American Humor is under the direction of Executive Producer David Jammy and the creative team from Done + Dusted, the Kennedy Center’s producing partner for the Mark Twain Prize since 2018. This year’s ceremony

marks the 23rd year that the Kennedy Center’s marquee comedy award will be broadcast nationally.

The event was created by the John F. Kennedy Center for the Performing Arts, Bob Kaminsky, Peter Kaminsky, Mark Krantz, and John Schreiber. The Kennedy Center is grateful to Cappy McGarr for his steadfast support of the Mark Twain Prize for American Humor since its inception.

The John F. Kennedy Center for the Performing Arts is America’s living memorial to President Kennedy. It is the nation’s busiest performing arts facility and annually hosts more than 2,000 performances for audiences totaling nearly 2 million; Center-related touring productions, television, and radio broadcasts welcome 40 million more. Now in its 50th season, the Center presents performances of music, dance, and theater, supports artists in the creation of new work, and serves the nation as a leader in arts education.

Most recently, Stewart launched The Problem with Jon Stewart on AppleTV+. In the series, which Stewart hosts and executive produces, he brings together people impacted by different parts of a global problem to discuss how we come up with change. In addition, Stewart serves as an Executive Producer on CBS’ Late Show with Stephen Colbert. He also co-created and Executive Produced Comedy Central’s award-winning series The Colbert Report. Stewart has twice served as host of both the Grammy Awards® (2001, 2002) and the Academy Awards® (2006, 2008).

Stewart is a best-selling author. In 2004, his book America (The Book): A Citizen’s Guide to Democracy Inaction (Warner Books) topped the New York Times Best Seller List for 18 consecutive weeks and was named Book of the Year by Publishers Weekly. Additionally, America (The Audiobook) received a 2005 Grammy Award® for Best Comedy Album. Stewart’s latest book, Earth (The Book): A Visitor’s Guide to the Human Race (Grand Central Publishing) also debuted at #1 on the New York Times Best Seller List.

In addition to his work both in front and behind the camera, Stewart is also a dedicated social activist. His efforts have played an integral role in the passing of legislation such as the 9/11 Victim Compensation Fund Bill, which benefitted thousands of first responders and their families. Stewart also works tirelessly on behalf of America’s wounded veterans through initiatives led by organizations such as the Wounded Warrior Project and Team Rubicon.

Capital One® is the Presenting Sponsor of the