Theatre Review: ‘The Nurse Antigone’ by Theatre of War Productions 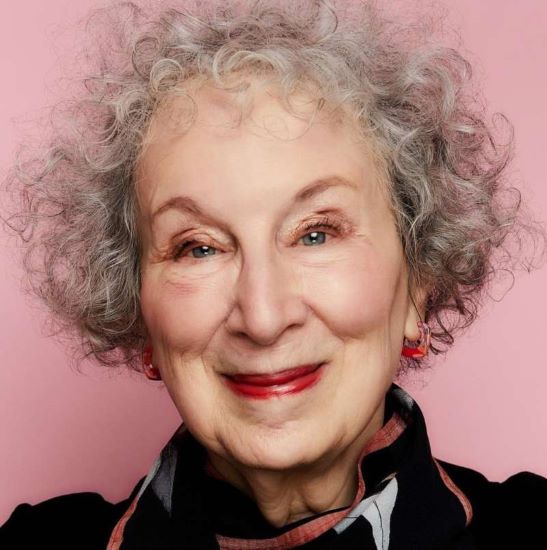 Margaret Atwood, author of “A Handmaid’s Tale,” appearing in “The Nurse Antigone.” Photo courtesy of Theatre of War Productions.

On March 17, 2022, Theater of War Productions premiered “The Nurse Antigone” via Zoom. The work was translated, directed, and conducted by Bryan Doerries and co-facilitated by Cynda Rushton, a nurse.

At the time, Sophocles wrote “Antigone” as part of a trilogy. Like the others, it was presented at the same time with his two Oedipus plays. This was the period when Athens had gone through 80 years of war and a plague that killed one third of the population. According to Greek myth, Creon became King of Thebes after the death of Oedipus who was both his nephew and brother-in-law because Oedipus unwittingly married his own mother. Creon was then next in line for the throne when Oedipus’ two sons, Eteocles and Polynices, killed each other for control of Thebes.

The story…and the plight of the nurses in America will move you.

“The Nurse Antigone” picks up the plot as Creon has taken power and demands that Polynices’ body be left to animal scavengers while his brother’s gets a proper heroes’ burial. Antigone cannot abide by this decision and decides to give her brother a proper funeral. Her sister, Ismene, at first asks her not to fight Creon and will not help Antigone bury their brother. Later, she has a change of heart but Antigone rebuffs her. Creon is incensed and vows to kill Antigone who is also the betrothed of Creon’s son, Haemon. A prophet, Tiresias, warns Creon that killing Antigone and not burying her brother will anger the gods and bring about the death of his own son and only offspring—and heir to the throne. Creon panics and changes his mind but they call this tragedy for a reason.

I previously reviewed “Antigone in Ferguson” which highlighted the “Black Lives Matter” movement. This production is by and for nurses and features not only professional actors, but real, frontline nurses.  It also includes the writer, Margaret Atwood (“The Handmaid’s Tale”). This presentation attempts “to generate compassion, awareness, connection, and much-needed healing, while celebrating and advocating for nurses at this critical juncture in the history of their profession.”

This production has ties close to the Baltimore area and is co-presented by Theater of War Productions, the Johns Hopkins School of Nursing, the Johns Hopkins Berman Institute of Bioethics, and the Resilient Nurses Initiative – Maryland. It is supported by the Laurie M. Tisch Illumination Fund. Support for their digital programming is provided, in part, by The Andrew W. Mellon Foundation.

This was production was primarily to focus on the role of nurses, especially during the pandemic. After the reading, Doerries, Rushton, and the three performing nurses were joined by Kara Curry, a retired nurse; Jose Perpignan, a working nurse; and nurses from New York Presbyterian Hospital and Johns Hopkins School of Nursing. They focused on the treatment of minorities during the pandemic and medicine in general in normal times; the unheard voices of nurses in the medical community; working during the pandemic; and dealing with those who broke the social contract by refusing to get vaccinated or wear masks.

There will be another showing of “The Nurse Antigone” on April 21, 2022 with the New York City Black Nurses’ Association.

I encourage anyone in the medical field and those who wants to learn about the plight of frontline nurses to view the webinar. The story of “The Nurse Antigone” and the plight of the nurses in America will move you.

Running Time: The reading is 40 minutes. The entire program runs approximately two hours, including the discussions before and after the reading.

To find more about this performance and Theater of War Productions go to their website.