‘A Quick 5’ with Wilson Chin, Set Designer for ‘Our Town’ at Shakespeare Theatre Company 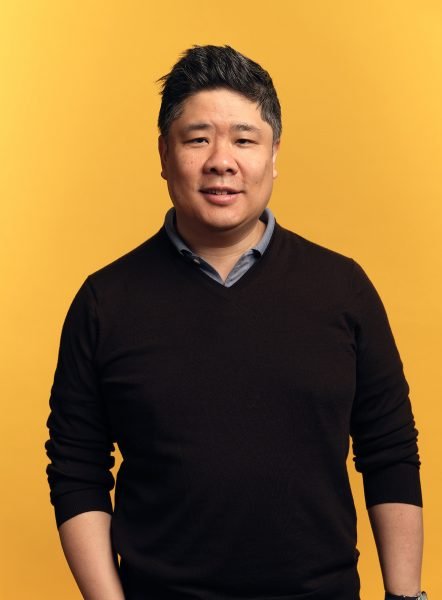 “Our Town” by Thorton Wilder might arguably be the play that most captures small town America.  Although written in 1938 about the imaginary New England town of Grover’s Corners sometime between 1901 and 1913, it speaks of the simplicity of small-town life. It talks about life, love, marriage and finally, death and eternity.

To reflect that simplicity, Wilder wanted his set to be simple as well. The story is told by the Stage Manager who looks at Grover’s Corner from the outside in. It follows two people in particular, Emily Webb and George Gibbs, from childhood, to marriage, and death.

Wilder wanted the set to have a “meta-physical” style. There is not the fourth wall between the Stage Manager and the audience. The script itself calls for very little scenery, and the playwright wanted the audience to use its imagination.

When the Shakespeare Theatre Company in Washington D.C. and director, Alan Paul, decided to revive the Wilder play, opening on May 12, 2022, they needed to find a special set designer who would be sensitive to Wilder’s creative image. That person was Wilson Chin. Getting the right designer was even more important because this show would be done in the round in Sidney Harman Hall where productions are usually performed on a more typical theatrical stage—a raked audience facing the actors on an elevated stage. In addition to Chin’s creative design, there will be special music written by lyricist and librettist, Michael John LaChiusa, which will “underscore the entire production.” Sarafina Bush’s Costume Design also blends vintage and modern shapes, each piece “tells us a little bit more about each character.”

I had a chance to ask Wilson Chin questions about himself and how he intends to do this especially challenging set.

Can you tell us a little about yourself?

I’m from Redwood City, California and I’ve lived in New York City now for almost 20 years. I studied architecture as an undergrad at UC Berkeley, and got my MFA in design from Yale School of Drama.

What drew you to set design?

It was a junior high class field trip to see a community theatre production of “Annie.” Watching all the elements come togethe—actors choreographed to music, lights, moving scenery, and story—really inspired me. Even at that young age, without knowing how theatre was created, I could see the care, deliberation, and joy in putting together a momentarily perfect world. It would take me another 10 years before I had the nerve to enter that world for myself.

In this production of “Our Town” you are doing the show in the round at a theatre that uses a proscenium stage.  How are you going to accomplish that?

Well, the great thing about Sidney Harman Hall is that it’s actually a flexible theatre space. There is technically no proscenium, and the first four rows are movable. So, we’re building a playing space over those first four rows, moving those seats to the sides, and adding a bank of seats on the stage. It should feel like the playing space is in the very heart of the theatre, and the audience will be fully surrounding it, bearing witness. The effect should hopefully be slightly disorienting, but also surprisingly intimate and comforting.

Thorton Wilder wanted a bare-bones set.  What did you decide to do since you are not using the traditional ladders to keep the play reflective of Wilder’s creative image?

In many ways, the set is very bare-bones. The playing space is a simple wood planked platform on top of a wood deck, with minimal furniture and props. But at the same time, we also have gestures that speak to a larger, more cosmic universe. Floating above the platform is a series of gables that evoke spaces of communal gathering, whether it’s a town hall, church, or theatre. And the theatre architecture will extend into the playing space, with spiral staircases and rehearsal mirrors, that evoke a life in the theatre. For the last act, we’ve creating a pretty magical and theatrical gesture for Emily’s childhood flashback. For the famous ladder scene, we have an idea how to stage it, but we’re staying flexible until we get onstage to make sure it feels right for our 360 degrees audience.

What was your favorite production where you were the set designer, besides “Our Town,” and is there a play or show for which you would want to design the set in the future?

So many choices, I love all my babies! At this moment, I’ll say that my favorite production has been a beautiful new play I did called “Pass Over.” We started as a small black box production at Steppenwolf in Chicago, then moved off-Broadway to LCT3, then finally moved to Broadway where we were the first show to open during the pandemic. It’s a stunning play, incredibly funny, relevant, and cathartic. It was an intensely collaborative experience, and we all got to create a visually epic and theatrical landscape. Looking into the future, my greatest wish is to keep working on new plays and musicals. So “Untitled” for now!

“Our Town” by Thorton Wilder will run May 12-June 11, 2022 at the Shakespeare Theatre Company, Sidney Harman Hall, 610 F Street NW, Washington DC 20004. For tickets go to this link. For Covid-19 health and safety protocols, click here.