‘A Quick 5’ with with Composer/Conductor/ Musician, Christopher Youstra 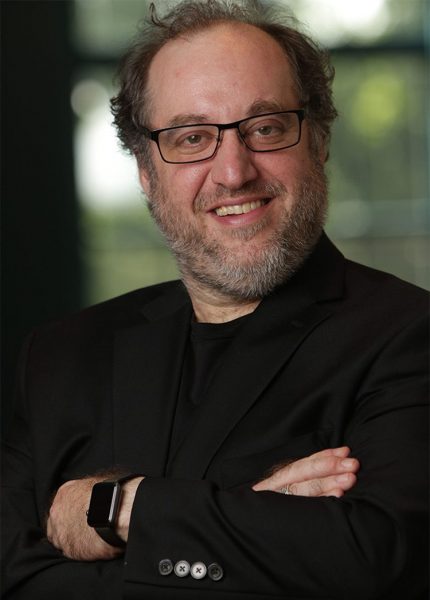 Chris Youstra is a man about town. He has conducted, accompanied, and rehearsed dozens of performers throughout the Baltimore-Washington corridor. Currently he holds the titles of Music Director/Associate Artistic Director and Artistic Director of The Applause Concert Series at Olney Theatre Center where I recently watched his enthusiastic conducting (and playing piano) in the one-night-only production of “Lautrec at the St. James.”
Youstra has music directed and conducted over 40 musicals at Olney, plus other local theaters, among them, The Kennedy Center for Young Audiences, Arena Stage, Ford’s, Signature, and Columbia Center for Theatrical Arts. He has been nominated for 12 Helen Hayes Awards for Outstanding Music Direction and received this award for “Titanic” at Toby’s Dinner Theatre. He is director of music at St. John the Evangelist Parish in Columbia and has donated his talent for good causes, including “A Labor of Love” AIDS benefit in Howard County.
The five questions posed to Chris Youstra relate to “Lautrec at the St. James,” Book and Lyrics by John Dietrich, Music by Julianne Wick Davis. Before curtain conductor Youstra greeted the audience and shared his thoughts on why this show was special. “The lyrics are so smart and paired beautifully.” Lautrec was played by Gregory Maheu; his muse Misia, Chani Wereley, both members of Actors’ Equity. Other topnotch pros included Donna Migliacco, Alan H. Green, and Jade Jones who performed in both “Lautrec” and Olney’s well-received “A.D. 16.”
Were you pleased with the recent production of “Lautrec at the St. James?” Did you critique the concert version or read comments from the audience?
I was pleased that the show got to be performed for our audience with a lovely 12-piece orchestra. You always want more time to rehearse, especially with a new piece, but I thought the cast did a magnificent job. So did the audience.
Who came up with idea to write a musical based on the bizarre talent of Henri de Toulouse Lautrec?
I’m not 100% sure…if I remember correctly, it was John Dietrich the playwright, but I am not positive. I was much more focused on moving the piece forward so I did not get a lot of background. But it certainly is an interesting topic.
What was it about their score that touched you?
The score has a classic and lush sound but at the same time utilizes contemporary harmonies. I found it enchanting when I first heard it, and I still feel the lyrics really mesh well with the score so it’s a complete package. I have heard other scores by Julianne that are equally profound, so I obviously have a type I prefer.  In particular, the trio at the end of the musical in “I Should Have Known” always moves me and I love the energy of “I’m All That.”
Did COVID affect the production? Did you Zoom during rehearsals?
Fortunately no…we were able to clip through without any problems.
Where do you go from here? Are you involved in the upcoming shows at Olney?
We were to have concerts of “Pippin” and “Brigadoon” but two rehearsal weeks were hit by COVID, including myself. Up next is our production of “The Music Man” with half of the cast being played by deaf actors. After that? Then we prepare for our new season announcement.

Masks, proof of COVID vaccination, and ID are required to attend for all patrons. For further information, go to their website.