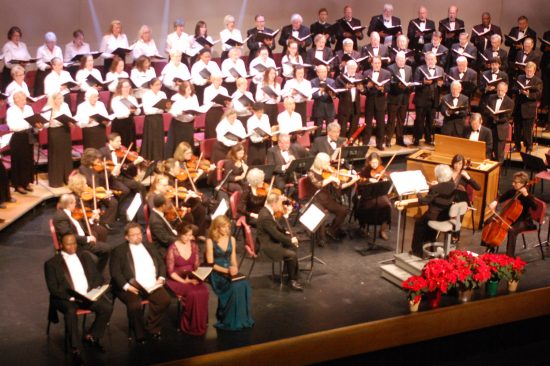 On Saturday, May 14, 2022 Columbia Pro Cantare will be performing “American Voices” at the Jim Rouse Theatre in Wilde Lake High School in Columbia, Maryland. Conducting will be Laura Lee Fischer.  The program features Kayla Curric, soprano; Ronald Mutchnik on violin; and Lior Willinger and Isaih Shim on piano. The program planned for the evening includes Chorus America Consortium’s Commissioned Work in memory of The Hon. John Lewis. Other selections are Z. Randall Stroope’s trilogy, “‘In the Time of Silver Rain,” “The Pasture,” and “Song of the Earth,” and Aaron Copeland’s “The Promise of Living” from “The Tender Land.”  There are also some surprises not listed.

Alberta Hall has been a member of Columbia Pro Cantare since their first concert in 1977. She took off time only to have her baby, Christopher, now a fortysomething father of two girls. Alberta has been with the CPC almost since she moved to Columbia. Alberts sings first soprano and also she helps Columbia Pro Cantare by sitting on the Marketing and Fundraising Committee. As part of her duties, she organizes and creates the beautiful baskets raffled off at almost every show. To help with fundraising, she has organized two cruises and three trips to the Spoleto Festival in Charleston, S.C. In addition, she is often does vocal performances at her church, Valley Brook Community Church in Columbia. When not performing or rehearsing for CPC and her church, Alberta Hall was a speech-language pathologist for several decades in the Howard County Public School System. She will also tell you she is the proud grandmother of Amelia and Ryleigh. If you know her, you will also know that her home is filled with all kinds of music, and it is not uncommon to hear her quietly humming and singing with her beautiful voice. (Disclosure: I have been a close friend of Alberta Hall for four decades.)

You have been with Pro Cantare from its start. What drew you to the group?
I responded to a call for auditions in the local newspaper.

Do you have one favorite concert?
One of my favorite concerts was performing “Elijah” by Felix Mendelssohn in October 2007. It’s such a powerful piece sung with a big orchestra. I was both exhilarated and exhausted by the end of the performance.

Have you used your training as a speech-language pathologist to help your singing voice?
I consider my voice as a gift from God. I had previous experience singing in school choruses, but had no formal training. To complicate issues, I have asthma and a host of allergies which affect my voice. As a speech-language pathologist, my knowledge of anatomy and good vocal hygiene has been helpful in maintaining my voice over the years.

This concert is in honor of the late civil rights leader, Congressman John Lewis. Can you tell us why this is important to you and what John Lewis meant to you personally?
I did not know the Honorable John Lewis personally, but I admired him greatly. I grew up in New York during the civil rights movement of the 1960s. John Lewis was right up there with the Reverend Dr. Martin Luther King, Jr. in my book. I admired his courage and willingness to fight the battle. Over the years, his tenacity and commitment to civil and human rights captured my attention. I was deeply saddened by his death. I will be singing this concert, especially the commissioned piece, “Make Some Noise, Get in Trouble (Good Trouble, Necessary Trouble),” in his memory.

Columbia Pro Cantare will be performing “American Voices” on Saturday, May 14, 2022 at 8 pm at the Jim Rouse Theatre at Wilde Lake, 5460 Trumpeter Road, Columbia MD 21044, with a tribute to the late civil rights leader and congressman, The Hon. John Lewis. For tickets go to this link. This will be the last concert for this season. Their next season will be starting in the fall of 2022.