‘A Quick 5’ with Caroline Daye Attayek, Swing and Dance Captain in the National Tour of ‘Hairspray’ 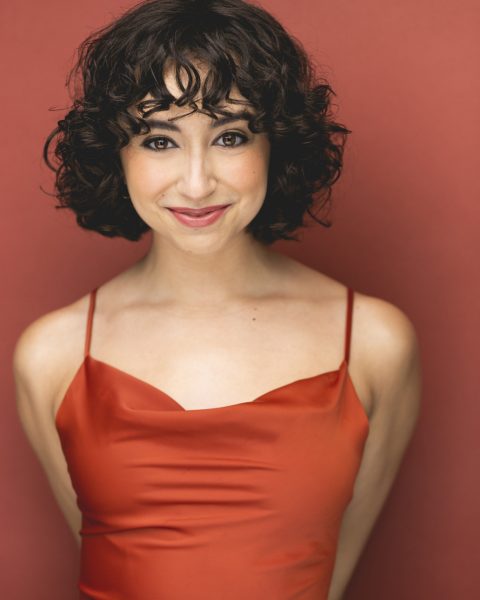 Based on John Waters’s 1988 film of the same name, “Hairspray,” Broadway’s Tony Award-winning, musical comedy blockbuster is back on tour and “coming home.” The tour is making its way to The National Theatre in DC in May (and later to its birthplace up the road). The musical won eight Tony Awards in 2003, including Best Musical. It was then made into a 2007 film with an all-star cast including John Travolta, Zac Efron, and Queen Latifa, to name a few. In 2016, NBC produced a live, TV production of the show, also packed with stars.

Tracy Turnblad is a 16-year-old in 1960’s Baltimore as she sets out to dance her way onto TV’s most popular show. Can a girl with big dreams (and even bigger hair) change the world? The musical features the beloved score of hit songs including “Welcome to the 60s,” “Good Morning Baltimore” and “You Can’t Stop the Beat,” “Hairspray” is “fresh, winning, and deliriously tuneful!” (The New York Times).

Caroline Daye Attayek is making her National tour debut as a swing and the Dance Captain. Other credits include Regional: A Chorus Line (Signature Theatre); Footloose (The REV Theatre Co); The Pajama Game, Catch Me If You Can, Grease (New London Barn Playhouse); and West Side Story (Virginia Rep).

Welcome, hon! This is a homecoming of sorts so tell us about your local connections. When did you know theatre was your calling? What were some of your most memorable experiences performing in the area?
Hi y’all, thanks so much! I was born in Bethesda and moved away when I was little, but that doesn’t take away from the fact that the entire DMV area has had a significant impact on myself as an artist. I started dancing when I was three years old when my mom noticed I was walking around the house on my tippy toes. I’ve been singing, dancing, and acting ever since.

After graduating from Elon University in 2019, I had the great honor of returning to the DMV area to work at Signature Theatre in Arlington, VA, in their Helen Hayes Award-Winning production of “A Chorus Line.” That production was one of the most fulfilling artistic experiences of my entire career. It was my first time swinging a show on a big scale. Getting to be in the room with masterminds like Matt Gardiner and Denis Jones was unlike any process I’ve ever been a part of before. I got to live in Bethesda for the entire contract. I would love nothing more than to come back soon to work at any of the incredible theatres in the DMV area.

Congratulations on your debut in a National tour as both swing and dance captain! What has the touring experience been like so far?
Let me tell you, I’ve learned more about myself as a performer, artist, and human than I ever thought possible on this tour. The audition process of this tour was so drawn out because of the pandemic. I first auditioned in March of 2020 right before the lockdown and was officially cast in June 2021. All of us had been waiting two years to sink our teeth into this show. Getting to tour the country now, with a show like “Hairspray” that spreads such a message of hope, love, and acceptance during a pandemic, is so special. The fact that we’ve touched so many hearts in 60+ cities across the country is never lost on me.

Swing are the unsung heroes of every production—having to know so many roles and also having the ability to step in, possibly at a moment’s notice. What are the roles in “Hairspray” that you cover?
I cover all four of the female Council Girls (Tammy, Brenda, Shelley, & LouAnn), as well as Penny Pingleton and the Female Authority Figure. As a swing, I’m also expected to have an understanding of all of the tracks in the show, including all of the male tracks! While I haven’t gone on for a boy (yet!), I have swung on mid-show, and I have done what is called a “split track,” when a swing is doing specific parts of multiple roles all at once. The life of a swing is never boring. I have been on in some capacity for over half of the shows since we opened in November 2021, and have gone on for all six tracks I officially cover.

Do you see yourself primarily as a dancer or actor or both? Looking into the future, what are your dream roles or goals as a performer?
I believe as a performing artist and dancer, you have to be an actor first and foremost. Dance is such an incredible medium because in musical theatre in particular. I was always taught if speaking isn’t enough as a form of communication, you sing about it. When singing doesn’t suffice and your emotions are too large to hold in, there’s nothing to do but dance! Dance is the ultimate emotional release, and is the driving force of all musicals but especially “Hairspray.” Dance is a device of social change in our show. Getting to dance a show with such driven and energetic movement that always serves a purpose  is so gratifying. So, my answer is, both! You can’t have one without the other.

My dream show is any show where I get to equally dance and sing my feet and face off. I am a sucker for classic music theatre. Some dream shows/roles that come to mind are Lois in “Kiss Me, Kate,” Sally Bowles in “Cabaret, and Polly in “Crazy for You.” Right now I’m really on the “Beetlejuice” and “Hadestown” train and would love the chance to jump into either one of those shows!

What is your most favorite thing about being on the tour of “Hairspray?”
Getting to spread joy across the country with this incredible cast that’s now a family! We’ve accomplished so much together as a team this whole tour, and every day we come into work it’s something new and exciting. Also getting to explore each city and eat such yummy local cuisine in every city we go to. I’m a sucker for a good local coffee shop.