‘A Quick 5’ with Clark Young, Teacher and Co-Author of ‘Remember This: The Lesson of Jan Karski’ at Georgetown University 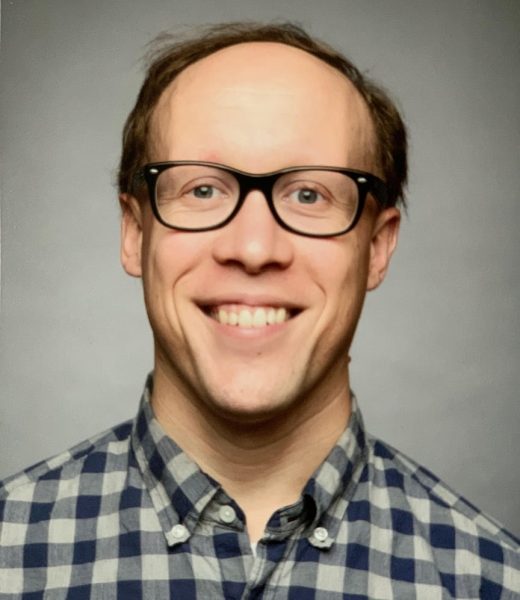 “Remember This: The Lesson of Jan Karski” returns to its roots at Georgetown University. In a tour-de-force, solo performance by Academy Award-Nominee David Strathairn, “Remember This” explores this revered Holocaust witness, diplomat, activist, and Georgetown University professor who was imprisoned, tortured, and almost broken before becoming a hero to humanity whose moral courage and individual responsibility can still shake the conscience of the world.

The production began its national tour at Shakespeare Theatre Company (Read MD Theatre Guide’s review here.) and Chicago Shakespeare Theater Company last fall. It is returning to DC for a limited run this spring before an international summer tour followed by its off-Broadway premiere in the fall. Produced by The Laboratory for Global Performances and Politics, the play is directed by Derek Goldman and was co-written by Clark Young and Derek Goldman.

A writer and teacher based in Brooklyn, Clark Young co-created every iteration of “Remember This” from Warsaw and New York City to London and Washington DC. Clark graduated from Georgetown University, and received his Master’s from the NYU Tisch School of the Arts, where he was recognized for academic excellence in the field of Performance Studies.

Tell us a little about your background.
I attended Georgetown University where Jan Karski taught for five decades (Karski died in 2000). Derek Goldman was my professor who had become a collaborator and close friend, and he asked me to help him create a staged reading to commemorate Karski’s centennial. At that point, I was involved in theater professionally in DC, but I’d never tried to write something, at least something that others might see or read. While working on this project, I’ve taught at the university and high school level. There’s something helpfully symmetrical about writing about a professor you didn’t know, alongside a former professor, while simultaneously teaching. My mom is a teacher, so is my sister, and some of my closest friends…I think we all wish we’d had Karski as a professor.
What was it that drew you to this story and its legacy? What was the process developing it and how has it evolved? Talk about the course and curriculum built around the play and what you hope students will take away from it.
I really didn’t know anything about Jan Karski and that quickly became an inspiration for how I approached the piece. Why didn’t I know who he was? Why isn’t he better represented in history textbooks and the public consciousness? What are we afraid of? Karski’s 1942 mission is a story of historical failure. It’s a story of Allied failure during World War II which is decidedly not how WWII is taught. I think the acknowledgment of failure is the first step in the long journey to process trauma and effect change.

Derek, Ijeoma Njaka (an incredible educator at Georgetown), and I have built a curriculum around the play called “Bearing Witness: The Legacy of Jan Karski Today.” We’ve taught the course for two consecutive years. Holocaust education is very poor in this country, as several studies suggest. But Karski’s legacy is also an opportunity for students to apply his story to ongoing crimes against humanity and all the cultural and governmental failures they are bearing witness to right now. And, unfortunately, there are many. After acknowledging them, with Karski as a guide, the questions become more productive—What do we do? What can we do? What is the responsibility of the individual who makes the choice to bear witness?
How did you get the great actor, David Strathairn on board and has he always been a part of this production?
David has been working on this play with Derek and I since the very beginning—that staged reading in 2014, alongside students from Georgetown and, later, Poland. We’ve worked on it as a trio on-and-off ever since (mostly at Georgetown or in Derek’s basement), and, despite the subject matter, it’s been a complete joy. It didn’t take much to convince David. To attempt to dramatize the story of Jan Karski is very rewarding and humbling. I think we all feel like the quest to know the man and what he represents for our collective past, present and future is a worthwhile endeavor. I find that when the world is at its most incomprehensible, I look to Karski as a lodestar for how to move forward. I think all three of us do.
This show had a critically-acclaimed run last fall at the Shakespeare Theatre Company in DC. Explain the return its origins, The Laboratory for Global Performance and Politics at Georgetown University. Have there been any changes since the STC production?
We had such a lovely run at STC—I can’t tell you how rewarding it was, after so many COVID delays, to finally see audiences interacting with the piece. The return to Georgetown, particularly during commencement, is an exciting one. We are continuing to pilot new educational initiatives that will hopefully increase audience engagement with the play and with Karski’s legacy—and we have two free previews for students, as well as $20 student tickets throughout the run. Our goal was for as many as possible to engage with Karski during an inflection point in global history we are all processing. This felt like the perfect place, after a short break, to reignite the play.

As for any changes, I am always surprised how aspects of Karski’s life and this play resonate differently depending on what’s going on in the world. I’m anxious to see what connections audiences make and how they process it.
What is the most satisfying, teaching or writing? What accomplishments and goals do you have looking to the future besides the exciting off-Broadway premiere this fall?
Teaching about writing. No. I don’t know. I guess today I would say teaching. It’s much more collaborative and fulfilling—and perspective-shifting. As Karski slyly said, it gets harder and harder to teach because “there’s so much more to know!” In addition to the off-Broadway premiere, there is a film version of the play that will be heading out into the world. Georgetown University also published the play with essays from Madeleine Albright, Samantha Power, Timothy Snyder, Azar Nafisi, and others. It’s a wonderfully thoughtful companion piece. As far as I go, we’ll see. I’d like to write a few more plays. I’ve got one in the can called “.406 Below” that’s about cryonics, baseball, and what we leave behind in the quest for immortality.
“Remember This: The Lesson of Jan Karski” runs May 12-22, 2022 at Georgetown University, Gonda Theater, 3700 O St. NW, Washington, DC 20057. For more information and tickets, click here.

This production is produced by The Laboratory for Global Performances and Politics which humanizes global politics through performance. It cultivates a distinctive global community of collaborators that includes students, emerging and established artists, educators, policy leaders, and activists. Their work harnesses narrative, memory, and acts of witnessing with the aim of sparking transformation and change. For more information, click here.