‘A Quick 5’ with John Monsky, Creator, Writer, and Narrator of ‘The Eyes of the World: From D-Day to VE Day’ at Kennedy Center 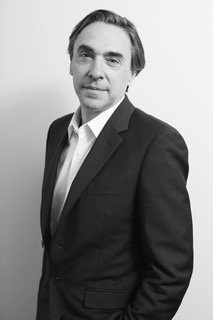 On Saturday, June 4, 2022, “The Eyes of the World: From D-Day to VE Day” will be presented at the John F. Kennedy Center for the Performing Arts Opera House. After performing at Carnegie Hall to sold out houses, historian and narrator, John Monsky, will be bringing his “American History Unbound” series to Washington, D.C. Monsky uses music, photos, videos and letters to capture the story of the final days of the World War II. He utilizes the words of Hemingway; the photos of Robert Capa of Life Magazine and photojournalist, Lee Miller; and a “young soldier named Jerry, who lands on Utah Beach on June 6, 1944.” On the journey, we meet Pablo Picasso and Martha Gellhorn, a war correspondent and one of Hemingway’s wives.

Not to be forgotten are the African-Americans who also served, such as the all-Black 761st Tank Battalion. Several American flags that were actually at the landing in Normandy and one carried into battle by the 761st will be presented that night. A veteran from the all-female, all-Black 6888th Battalion will be a special guest.

John Monsky is the creator, writer, and narrator of the “American History Unbound” series. He is a lawyer and historian who lectures at the New-York Historical Society and Carnegie Hall. He appears at The Kennedy Center Opera House, following sold-out lectures of “The Vietnam War: At Home and Abroad” (2018), “We Chose to Go to the Moon” (2019), and “The Eyes of the World” (2021), at Carnegie Hall’s Isaac Stern Auditorium/Ronald O. Perelman Stage, and Zankel Hall.

Monsky’s reverence for historical ephemera is at the core of his lectures, with his meticulous research of flags and other tangible objects driving his narratives exploring landmark events in our history. The flag collection, which Monsky began as a child with a kerchief carried by President Theodore Roosevelt, has been featured in The New Yorker and Art & Antiques Magazine.

In 2019, Monsky was honored by the New-York Historical Society, where he developed and workshopped many of his lectures and serves as co-vice chair. He has recently appeared on CNN and written a New York Times op-ed, providing historical perspective on current events.

Monsky graduated from Yale College as a history major, where he was awarded the White Prize in History and the Deforest Oratory Prize. After attending Harvard Law School and working as a law clerk, he served as an attorney for the US Senate Congressional Committee investigating the Iran-Contra affair. Monsky is a partner and general counsel of Oak Hill Capital, an investment firm.

Can you tell us if you have a personal connection to World War II?
My dad’s first cousin, Leroy Monsky, was a big brother to my father. They lived near each other in Montgomery, AL. In 1937, Leroy was captain of the Alabama football team, undefeated in the regular season. He went on to serve as a tank commander under General George S. Patton, and the family followed his every move. My great uncle, Sol Monsky, was a WWI hero and was awarded a Silver Star. He lived in my father’s house after the War, and my dad still remembers Sol waking up screaming—with nightmares of the war.

Do you draw any parallels in your production to the present situation in Ukraine or other places in the world?
It is said that history often rhymes. The core struggle between freedom and oppression that was at the heart of WWII is at the core of many conflicts today. The four primary characters in “The Eyes of the World”—Vogue-model-turned-photojournalist, Lee Miller; war photographer, Robert Capa; Ernest Hemingway; and a young American soldier who landed on Utah Beach on D-Day—all found themselves in the middle of that struggle.

Why did you choose the songs in the program, especially those from that era? Did you think they most represent that time?
Music informs us of the times. It also impacts and shapes the times. The anti-war songs of the Vietnam War were not just a reflection of the movement, they helped inspire and drive it. In “The Eyes of the World,” four incredible Broadway stars from “Mean Girls,” “Hamilton,” “Aladdin” and “Dear Evan Hansen,” conducted by Ian Weinberger (also from “Hamilton”), perform music from the WWII era. It is patriotic and its energy reflects the mobilization of the United States’ war effort, but it is also filled with heart, tapping into the feelings of loss and separation so many were experiencing.

Woody Guthrie’s “What Are We Waiting On” reflects the efforts of America to mobilize, while demanding it at the same time. His enormous body of work, much of which is written to inspire protest, influenced generations of artists, including Bruce Springsteen and Bob Dylan. However, this song is not against the war, it is protesting the delay of the United States getting into it. Guthrie did not want to watch the free world die at the hands of Hitler and was prepared to fight and die to stop him.

Glenn Miller’s music reflects the energy of Americans in the war and back home. He was enormously popular. Before The Beatles, Glenn Miller was the Beatles, and his work leaves people with an indelible connection to the period. The pictures of him as the leader of The Army Air Force Band, and his sounds, make you feel, simultaneously, the energy and the unity of the young American soldiers who were sent to fight thousands of miles away from home.

The music of Edith Piaf, which we hear during a montage of archival photographs, during the short-lived and ultimately premature, celebration of the liberation of Paris, is haunting because we know the horrors that will follow in the Hurtgen Forest and at the Battle of the Bulge. And we know that many of the young American soldiers we see marching, will not survive the War. Kate Rockwell’s performance of Marlene Dietrich’s “The Boys in the Backroom” somehow captures the very youth and exuberance of the troops, some just teenagers. As Ian has pointed out, if Spotify were around in 1944, these are the songs it would be playing over and over.

What made you start on this path of creating dramatic, multi-art and historic programs?
“The Eyes of the World,” like the other productions in this “American History Unbound” series, is rooted in a historic American flag, which is where each story begins. Ever since I was a boy, I have been collecting them, which began as a crafty device by mother to get me to behave while accompanying her on shopping and flea market trips. As an adult, I would host Flag Day celebrations for friends and neighbors, pulling out a different flag each year and telling its story. Adding images and pictures became an inevitable addition to enhance the experience.

Are there one or two Americans who you think made a difference to our success in WWII?
It’s hard to deny the leadership of General Dwight D. Eisenhower. Not only did he have the ability to bring around consensus on the D-Day plan in a room (and environment) full of hot-headed egotists, he also took responsibility for his decisions. We meet few leaders today who are prepared to do that. One of my favorite moments for Eisenhower, is when he finally makes the decision for D-Day to move forward, despite a storm that threatens to destroy the operation. On June 5, after making the final “go” decision, he pens a note which essentially says, the landings have failed, the armed forces fought bravely, and any blame is his, and his alone. He folds that note up and carries it around in his wallet for the next few days. Apparently, it was the first draft of a statement he would release if the landings failed. Eisenhower was prepared to own a possible disastrous outcome. That ownership—regardless of outcome—is what defines great leaders, and that kind of leadership was echoed throughout the American military throughout the War. Each unit took ownership of its problems and solved them. There was no finger pointing or placing blame. They took that ownership on the beaches of Omaha, and solved the many problems there, and it was a continuing theme in the subsequent months. They made the decisions in the field and owned them. From what we hear, this is one of the failures of today’s Russian army in Ukraine.

If you want to honor our military, the week of Memorial Day is a good time to catch this wonderful homage to the brave men and women, both military and civilians, who helped end World War II.