‘A Quick 5’ with Octavio Vazquez, Composer and Pianist, Performing with the American String Quartet at Candlelight Concert Society 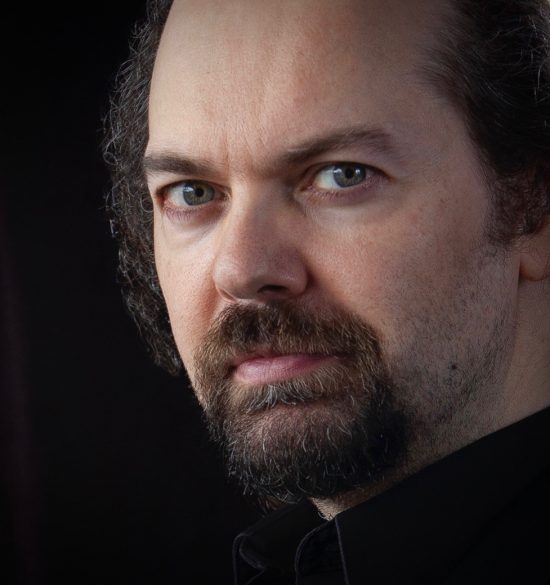 Vazquez is noted for “creating neo-romantic music.” He was commissioned to write this piece by the Aspen Music Festival where it premiered in July 2021 with the American String Quartet and Vazquez at the piano. This is a profound piece that not only tells a story about the harsh history of Vazquez’s home country, Spain, but is also relevant to this time of displacement and immigration throughout the world.

Hailed by the press as “…a burning torch for the next century…stunning….superb” (The New Music Connoisseur, New York), “…melodicism and rhythmic buoyancy” (The New York Times), “…astonishingly virtuosic” (Soundboard Magazine), the music of Octavio Vazquez has been performed throughout North America, Europe, Asia, and Australia, and broadcast by radio and TV stations such as PBS, PRX, New York’s WQXR, and Spanish, Russian, and Chinese national networks. His works have been performed by such conductors as Carlos Kalmar, Rossen Milanov, Dima Slobodeniouk, Paul Daniel, and Andrew Grams, and such soloists as Hilary Hahn, Dmitri Berlinsky, and Johnny Gandelsman.

Vazquez has also written for film and collaborated with crossover artists as an arranger, orchestrator, and producer, most notably with Grammy Award-winner, Cristina Pato. Winner of numerous national and international prizes, recent recognition includes I-Park, VCCA, and MacDowell Fellowships. Professor Vazquez currently directs the composition program at the Nazareth College School of Music in Rochester, NY.

Can you tell us a bit about yourself?
I was born in Santiago de Compostela, the capital of Galicia, an autonomous region in NW Spain with its own language, government, and ancient culture. In 1996, I immigrated to the U.S., and have lived in New York City since 1999. Since 2014, I have been teaching at Nazareth College, where I direct the composition program. My musical upbringing was rather unusual and quite haphazard. I started composing at age seven, without any guidance. Not knowing how to notate music at that age, I created my own system with numbers and symbols. By age twelve, I became music director at St. Peter’s church in Lugo. I was largely self-taught until college, when I moved to Madrid. My first piano lesson was at age eighteen, but by then I was already playing Chopin impromptus. Later in the U.S., I studied at Peabody Conservatory and at the University of Maryland, College Park.

Are there any composers who you feel inspired your own work?
There are some composers throughout history that I feel can never be surpassed, not only technically but even more importantly in the transcendental beauty and spiritual quality of the music they wrote. I am afraid my list is far from original, and would include Bach, Mozart, Beethoven, and the like. If I had to mention just a couple of names from the 20th century, they would be Shostakovich and Scelsi. Nowadays there is a very promising and wonderful new generation of fantastic, young composers.

From Picasso’s “Guernica”‘ and Tchaikovsky’s “1812 Overture” to modern protest music, compositions have reflected their times. What did you want your “Piano Quintet” to mean to your audience?
That is a great question and my answer might be, perhaps, a bit unexpected. With the “Piano Quintet,” as it is the case with most of my output, I didn’t set out to compose about a particular topic. In fact, I didn’t set out to compose at all. Rather, it oftentimes happens that a piece of music appears to me, as if I ran into a mysterious stranger walking down the street. At times like this, when music comes forcefully into my mind, I will write down as much as possible on the spot, and then find an opportunity to actually compose the whole score later on. It is typically while I’m in the midst of composing, that the meaning of the piece will reveal itself to me, and very unequivocally. too. My Shoah-related viola sonata and my piano trio connected to the Spanish Civil War. Both came to me that way. Had you asked me in advance if I wanted to write on either topic, I would have said no—too dark and too painful. And yet both pieces came to me very strongly and are some of my best work.

The “Piano Quintet” is similarly related to the events of the late 15th century in my native Galicia, and in the Iberian Peninsula in general. The crowns of Castile and Aragon signed in 1492 the Alhambra Decree, by which all Jews had to leave their kingdoms and territories within four months, taking no valuables with them, under penalty of death. This put a protracted end to hundreds of years during which Jews, Muslims, Christians, and Pagans had coexisted in relative mutual tolerance, allowing an unparalleled cultural and economic development for the Europe of that time. Eventually Judaism was strictly forbidden in the whole peninsula, and punished by confiscation of all property, torture, and often death. Soon after Islam followed a similar fate.

At the root of the piece are the themes of forced displacement, intolerance, violence against “others” in whichever form the distinction is made, the imposition of narrow views, and the building of artificial divides between peoples.

Would you rather compose or perform on the piano?
I love performing and conducting, but my first and strongest love was always composition.

Do you have another composition in progress and if so when will it be performed
I am always working on something. My latest orchestral piece, “Mãyã” (“Illusions”), will premiere in Spain on May 19 and 20. The first movement of the “Sattva Trilogy” was commissioned and will be performed by the Royal Galician Philharmonic, conducted by Paul Daniel. This summer I have a couple of smaller chamber music projects, and then next season my main project is a full-length opera in collaboration with Maestro Stefan Plewniak, conductor of the Royal Opera of Versailles.

“American String Quartet with Octavio Vazquez, Composer and Pianist” will be presented by The Candlelight Concert Society on May 22, 2022 at 3 pm, The Smith Theater in the Horowitz Visual and Performing Arts Center at Howard Community College, 5020 Campus Dr, Columbia, MD 21044. Go to this link for tickets.